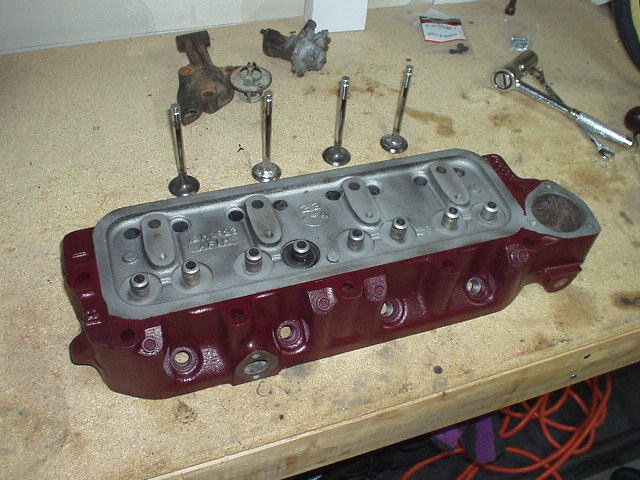 It took me forever (well, four months), but I finally got Goldie the MG running again for the first time since the epic drive to Colorado from California in late July. This entailed obtaining and refreshing a new (used) smog-legal cylinder head, which turned out to be quite an ordeal. How much of an ordeal? Well, this is what happened:

Finally, it was time to fire her up. It took some cranking, but success! At 9:00 p.m. on 11/16/06, we were back on the road. In subsequent days I still had to adjust the dwell angle of those dreaded distributor points which seem to need adjustment every 2500 miles, but after that, she was running particularly well.

I actually still need to attach the air pump and air injection manifold and get the smog test done, but the end is now in sight at least. I have a month to do so before my CA registration expires, but will try not to wait that long this time…

Just completed the same task on my MGB, but I have lost the tappet somewhere down in the camshalf. one push rod did not sit properly. The only hope is removing the access plates on the manifold side of the engine, another day.