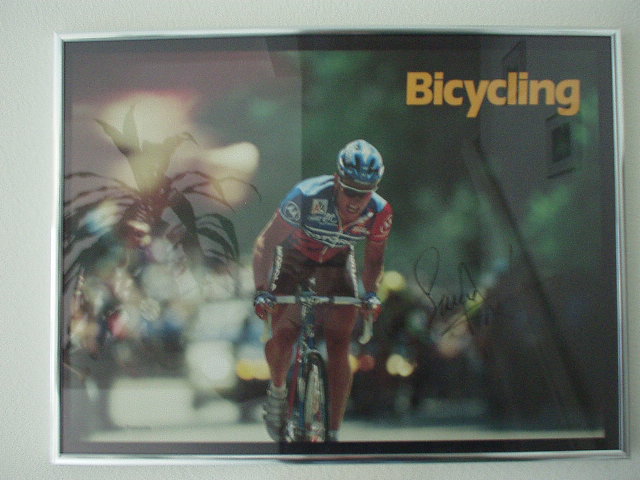 “I am really interested to see how he does,” I said at the Edora Park 8k race to Nick, who had just told me that Lance Armstrong aspired to run his first marathon in under 3 hours in New York today. “After all, I come from a cycling background too, and it was a real shock to discover just how difficult running a marathon actually is.”

Well, Lance did it: 2:59:36! Absolutely amazing considering that this was his first marathon and he did not even do a single training run longer than 16 miles. However, it did not come without pain.

It seems that even for cycling’s Superman—who is probably in the top 99.99 percentile in terms of VO2 max, resting heart rate, lung capacity, etc.—the marathon was no cakewalk (unless the caked was laced with lactic acid). It appeared he was beginning to slow after Mile 20.

“I never felt a point where I hit the wall, it was really a gradual progression of fatigue and soreness,” he explained. “Before the race that was my goal, I wanted to break 3 hours. But if you told me with 3 miles to go, `You’re going to do 3:05,’ I wouldn’t have cared. Honestly, at the end I was so tired, I couldn’t care.”

Hmmm, substitute 3:25 for 3:05 in that last sentence, and that’s exactly how I felt at the end of the Chicago Marathon, which I finished in 3:22. He also shared the same sentiment I had after my first marathon:

“That was without a doubt the hardest physical thing I’ve ever done,” Lance reported.

“In 20 years of pro sports, endurance sports, from triathlons to cycling, all the Tours, even the worst days in the Tours, nothing was as hard as that, and nothing left me feeling the way I feel now in terms of just sheer fatigue and soreness.”

Harder than a 3-week, 2000+ mile bicycle race replete with oxygen-deprived climbs, wild sprints and reckless descents? Kind of hard to believe, but that just underscores how much pain he must have been feeling after the New York Marathon. (Likewise, my first marathon was at one point at the very top of my own list of Toughest Events I Have Ever Done, until sensibility and fading memories prompted me to revise those rankings…)

The pain of the moment may have also prompted Lance to state, “No, I’ll never be back,” when asked if he’d ever run a marathon again. He did add, “I reserve the right to change my mind in a month.”

Oh, he’ll change his mind eventually all right. Just ask any other marathoner.

I ran New York on Sunday. The buzz surrounding Lance was huge. As you know this was also Dean Karnazes last marathon in his 50 series - he also ran a 3.00. Incredible achievement.

BTW - the blogs are great. I don't know how you have done it but congrats on getting out of the corporate race and into a better work/life balance in Colorado.