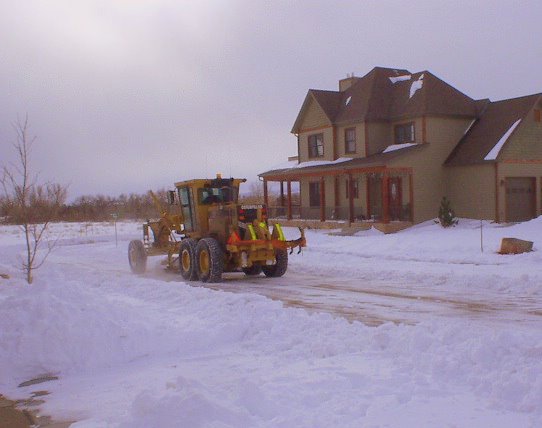 It looks like my cars won’t be trapped within the confines of the driveway until 2007 after all and I won’t have to rely entirely on my bike for transportation. Apparently, Fort Collins—noting the fluke-ish severity of the blizzard of a few days ago—has taken the unprecedented step of plowing the city’s residential streets! This is usually unnecessary because the snow that does infrequently fall on Fort Collins rarely sticks long, and the amount that does is normally negotiable even in my ground-hugging, rear-wheel-drive sports cars.

In any case, a snow plow just rumbled down the street 15 minutes ago. We’re saved!!!