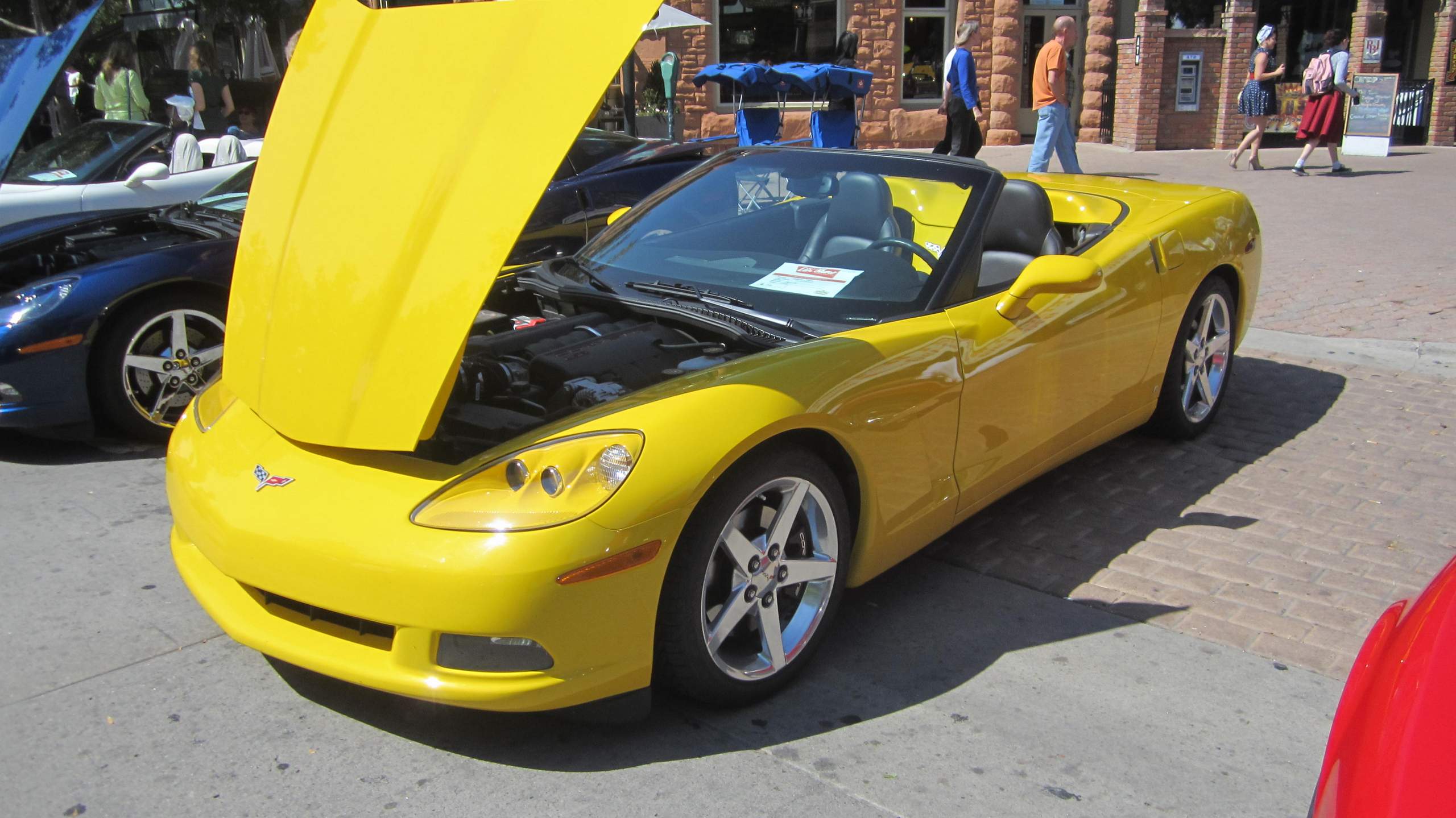 Once in a blue moon—usually when one of my own vehicles is out of commission (ok, so in the case of the MG, this is more than once in a blue moon) or I need to rent a car while traveling—I wonder if I’ve been too hard on American automobiles. Sure, the Big Three (and American Motors) had not produced a single car in the 1970s worthy of anything but jokes about how the new 55-mile per hour speed limit was actually faster than what Detroit iron could go without consuming all of the oil in Kuwait in three minutes, and even in the 80s American cars were still steerable with one finger and would almost flip over whenever you rounded a 90-degree corner. But in recent times?

Some good-looking machines have been coming out of Motown lately. Witness the Chevrolet Corvette and the Pontiac Solstice. I’d even say the PT Cruiser and Chevy Cobalt are well-executed, stylish cars (ok, I can hear laughter). Yet I have yet to own an car made by a good ol’ U.S. manufacturer, clearly favoring those from England, Germany, and Italy.

I took great interest, then, in a 1.3-hour movie produced by Jeremy Clarkson—the host of the U.K.’s wildly entertaining Top Gear auto review T.V. show—entitled Clarkson: The Good The Bad The Ugly. Basically, he came over to the U.S.A. to find some truly world-class American cars.

Much like Top Gear’s programming, comparison tests are a little unconventional and considering Clarkson’s British bias should be taken with a little bit of a grain of salt. Yet, after viewing the video, I couldn’t help agreeing with many (most) of his points including his jingoistic observations about American culture.

Here is a list of the comparo-tests undertaken in the movie:

Clarkson ends the movie by driving a $150,000+ Ford GT. Clarkson actually really loves—and owns—the GT, but points out that it is made up of many European parts and engineered largely by Europeans. “It’s America’s best car because it is as American as the national anthem—which was written by a Brit,” he claims.

In fact, says Clarkson, “I came here to see if the Corvette C6 was the only decent American car and… it is.” Sad.

[August 2017] It looks like streaming video for the DVD was taken down. Below is a trailer for it. You can find the DVD on eBay.