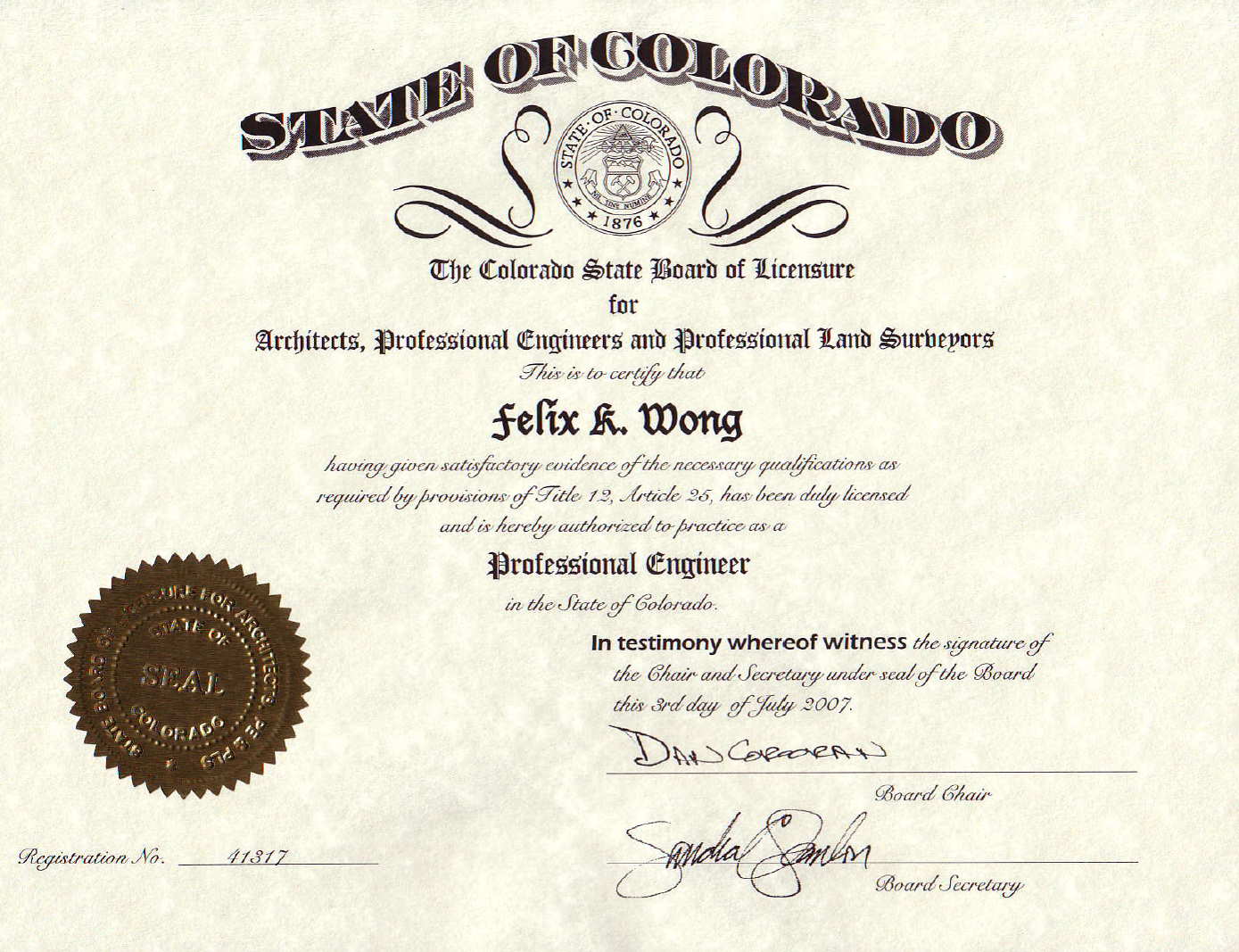 I got a nice surprise in the mail today from the Colorado State Board of Engineering today. You see, in an era where grading a Scantron form should take no more than 2.5 seconds, that organization was absolutely Fred Flintstone-like. I could have circled Earth in a George Jetson vehicle about 90 times in the number of days it took for the state board to determine whether I had passed the Principles & Practice of Engineering Exam or not, and quite frankly, so much time had elapsed that I had completely forgotten about it.

But in today’s mail was a large, heavy-duty, bend-resistant envelope that reminded me of the package I received one day in early 1993 from the Stanford Office of Undergraduate Admissions—something that was sure to be good news. In fact, the contents included a letter stating matter-of-factly that I had passed the Mechanical PE Exam, in addition to a frame-worthy certificate proclaiming that I am now an official Professional Engineer. At least in the state of Colorado. Cheers!

So now I can go around and call myself an “engineer” who is qualified to do “engineering” work… not that I, um, haven’t already been doing just that but now I have some legal standing to do so. Not to mention, I can add some fancy initials after my name now—I mean in addition to “B.S.” (“bullsh*t”… no, wait, Bachelor of Science.) That’s right, that’s me, Felix Wong, P.E.

Just don’t confuse P.E. with being a physical education instructor, although I’m sure Fred Flintstone would have made a great one.

(A special thanks goes to all my references in the application process… I won’t list your names here, but you know who you are!)

Congratulations, Felix! You worked hard for this exam - just a shame you couldn't 'celebrate' with that 50-mile Fruita run! ↩ Reply