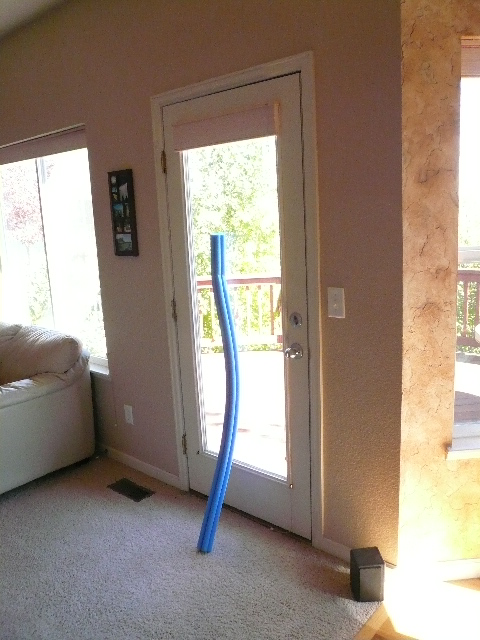 The other day I had a unexpected visitor, someone I had never met before.

He had an oval face, a long, pointy nose, and a belly so rotund that his legs were partly obscured by them. Despite being pudgy, he was quite small—being a youngster after all—and actually quite a cute little guy. His name was Herman.

Herman even had a distant uncle named Mickey. Most people over the age of five would have heard of Mickey, as he was famous and made a profound impact in the world several decades ago.

No, not Mantle. The mouse!

I’m not sure what he was doing visiting my home. Some say that he may have just been hungry, but anyone who had ever been in my house would tell you it is absolutely meticulous—almost to the point of being obsessive-compulsive—with nary a crumb anywhere. Neighbors unfortunate enough to be home may now be used to hearing my Shop Vac run for a brief minute every few days, but its noise isn’t emitted from my workshop, but rather, the kitchen. To look for errant specs of food here is to travel to the Sahara in search of water, or the Louisiana legislature in search of ethics.

But maybe Herman was just geographically challenged. In any case, he was in a playful mood, urging me to play hide-and-go-seek with him. Despite his corpulence, he was quite a sprinter! He’d poke his head out from underneath the range, look both ways before crossing the hardwood floor, and then bolt for the dishwasher. I’d say, “I know you are under the dishwasher,” and he’d make a run for it, over to the range.

Ultimately, the game of Peek-a-Boo became a little tiresome for me. So I proposed a new game. Hockey.

The previous owner of the house had conveniently left a blue foam roller inside the coat closet, which on this day I decided would make a nice hockey stick. Never mind that my hand-eye coordination is such that whenever I try to slap a fly, I miss three-quarters of the time. My hockey skills are no better. There’s a reason I’m an endurance athlete and not earning millions from the Los Angeles Kings, or picking fights with the San Jose Sharks.

But I suspected Herman’s skills were not much better, so I gave it a shot. Whack! Unbelievably, on my first strike, the roller made contact with the mouse! I’m not sure who was more surprised—Herman for being bonked on the head with a blue foam thing, or I for actually hitting my target.

In any case, Herman was certainly in a daze, as he just sat there confused. So the next time I swung my “stick,” I whacked him clear across the entire kitchen and dining room floor. Herman was a very nice puck! Unfortunately, between the edge of the hardwood floor and the door to the outside deck was about five feet of carpet. I had to nudge him three times to get him to do some somersaults across the beige-colored carpet fibers, after which I opened the door. One more hit—SCORE! He was now outside.

Herman forfeited the game after that, scampering off into the wild with his tail between his legs.

It appeared that Herman had a lot of fun because a few days later, one of his buddies came over to play too. His name was David. I was actually half-expecting him, so I had even purchased a couple from the friendly downtown Fort Collins Ace Hardware store before his visit.

The toy worked like this: the mouse could use it to play peek-a-boo with me by going inside it. If he wasn’t watching his step, however, a door would swing down and close. A quick and clever mouse might be able to whiz by the door and escape to the outside, just as a miniature golfer might be able to hit his ball into a hole underneath an opening-and-closing door if he got his timing just right. How fun!

To make things even more enjoyable for the mouse, I put some pieces of sharp cheddar cheese inside the toy which he could munch on while waiting for the door to open. Hehehe.

Turns out, for the first couple of days, the joke was on me.

I’d leave the toys out at night (with cheese) on the kitchen floor and go to bed, and check on them in the morning. The doors were still wide open, but the cheese was gone! And where was David?

The same scenario played out the next two nights. David was having a field day. He was winning! Plus he got lots of cheese to gorge on. How the heck was he doing it?

I’m not sure, but I suspect David’s last name was Copperfield. A true Houdini.

Eventually, I started to get a little annoyed with David’s antics. He clearly was starting to view my home as a soup kitchen. Or food bank. Without doing any work or showing any gratitude. Or even showing his face. Bad guest!

So I decided to change the parameters of the game, using chunky peanut butter instead of cheddar cheese. The peanut butter, I reasoned, would be harder to “grab and go” than the orange-colored cheese flakes. I tried this the next night.

In the morning, this is what I saw:

I heard David scratching inside one of them. He couldn’t hide from me this time! I knew where he was!

We had enough fun for a few days, so it was time for him to go. Here he is. Like Herman, he was kind of a cute little guy.

Off to his next adventure. Cliffdiving!

I wonder if any more of Herman and David’s pals will be stopping by to say hello now that they know how fun Chez Felix is. I think I’ll keep plenty of peanut butter around in case they do.

You need a cat! Or two. ;-) Those mousies know better than to visit us, even though our cats wouldn't know what to do with a real live mouse. ↩ Reply