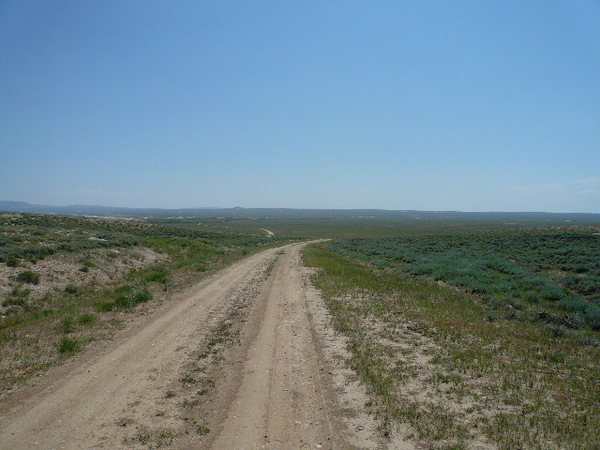 Felix Wong Calls in from Rawlins

Encountered two motorcyclists who were doing the Great Divide Trail north. They even encountered by Matthew Lee. ____ [can’t hear next 2 sentences] Small world out there.

I ended up staying at a place owned by a Bob and Barbara. Bob woke up at 4am to cook for me which was really nice of him.

Today, on the other hand has been a difficult day for me. I started at 4:50 a.m. just to make it to Rawlins before dark. Not being a morning person that strategy kind of backfired [since I had to take a 20 minute nap at 7:00 a.m.] as I was falling asleep on the bicycle.

My legs just were not there at all today. I was extremely tired. I was absolutely positive that I was suffering from hyponatremia. A lot of the food I had had no salt whatsoever except for one can of spaghetti and meatballs. I was saving that in case I did not get to Rawlins tonight and I would have some food for tomorrow but I was desperate for some salt. A can of Chef Boyardee apparently has 1900 mil of sodium and after eating that… I didn’t had to use a spoon so I had to use a 16 millimeter cone wrench—(message cuts off) (recorder time:2008-06-26 22:42:45 EST)

This is Felix Wong and this is continuation of my last message. I was talking about how I was eating Chef Boyardee out of the can with a 16 mil wrench.

After eating that about two hours later my legs were back and thankfully I also had something of a tailwind. The roads on the way to Rawlins before the pavement were pretty bad. They were very washboarded and ___ in places. Not too enjoyable to ride on.

Once I got to pavement things were a lot better. ___ as well. My legs were back after about 10 hours of complete misery. I did get to Rawlins before dark.

I’m actually making a birthday cake out of a Hostess Twinkie and the candle will be a Twizzler licorice stick. Hope everyone out there is doing well and I’ll talk to you soon. Bye.
(recorder time: 2008-06-26 22:45:40 EST)