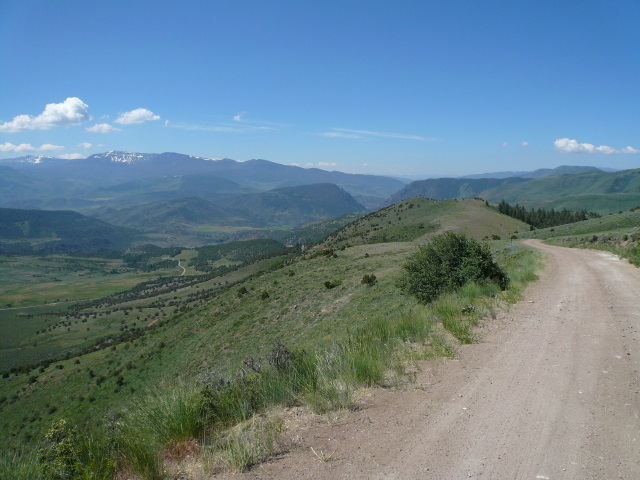 Felix Wong and his Smoother Ride

Hi, this is Felix Wong calling on Sunday, June 29th at 6:54 p.m. I’m in Silverthorne, CO. Yesterday, I stopped in Steamboat at the Orange Peel bike shop. The guys, Zack and Assam did an awesome job repairing my bike. They put on new tires, new brake pads, new cables, and even cleaned the bike. The bike rides like new. It is amazing how much smoother it is riding. How much smoother it shifts. How much easier it is to push the shift levers. When I press the brake levers, the bike actually slows pretty well now. So that’s been a joy. The bike even seems faster.

Ever since Steamboat, I’ve been feeling pretty good. The days before that I wasn’t feeling so strong, but my legs are coming back. Yesterday, was a pretty short day for me especially since I got a little lost after Steamboat; that is kind of a long story. I only road 62 miles yesterday. I called it a day early.

I woke up early today and started riding about 6 a.m. and here I am in Silverthorne. I actually got here about 20 minutes ago. Encountered a local named Dave who rode with me for a little bit. Great guy. He met Leighton yesterday. We chatted for a little bit.

Before that it seemed like most of the day, I was going uphill. It was good that my legs were feeling good.

I also encountered John, the leader of the Great Divide race which started a week after the Tour Divide. He seemed to be doing well. He ran into me when I was about to ford a two-feet deep river. I was actually in the river testing the water and there he came up. It was good to see him.