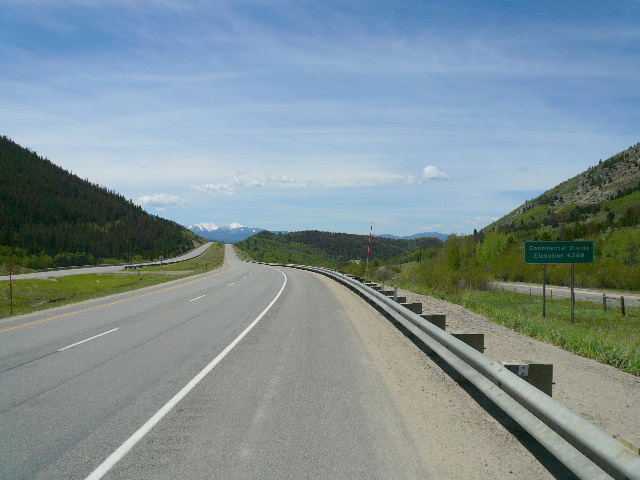 Felix Wong in a Real Town

Hi, this is Felix Wong calling on Friday, at 12:11 June 20th. I’m calling from Butte. I’m having a great day again. Last night I stayed at a hotel in Basin. Actually, this hotel was more like a rental house. It even had a dryer so I was able to wash my clothes. Had a real bed, modern western flushable toliets. So luxurious. Yes. So had a good night’s sleep and came down to Butte and had a great downhill. Much easier than yesterday. I’m so glad.

Now I’m actually having a pork chop sandwich here in Butte. This is great. Being in a real town has been a delight. I’m not sure if I will get to a real town tonight, but maybe tomorrow I will be able do so.

I heard that Kevin Hall is back home safe in Kentucky. I wanted to send him my regards. I’ve been thinking of him especially on the climbs and riding for both of us. I’m going to try to hang in here as long as possible to Mexico. You take care buddy. Bye.

Hi, this is Felix Wong calling on Friday at 1:00 p.m. I’m still Butte. I’m on my way out but I wanted to tell you about the most amazing thing.

I stopped by The Outdoorsman. It’s a bicycle shop. A gentleman when he found me said, “You must be Mr. Wong.” I couldn’t believe that he knew who I was. He has been following the race online. It was Levi Leipheimer’s older brother Rob. So if there is anyone behind me—I believe only Steve is behind me now—defintely stop by there. I stopped by there to get some tubes. I’m on my way. I’ll talk to you later. Bye.