Felix Wong Tells us how to Bear Proof your Campsite

Hi, this is Felix Wong calling at 7:05 p.m. on Saturday, June 21st from Lima, MT. I’ve had a good couple of days riding. Yesterday, despite starting about 8:15 a.m. I managed to cover about 110 miles riding until about 11:00 p.m. The only spot that seemed to be really slowing me down was this absurdly steep downhill which I had to be weaving while walking my bike down. Otherwise, I felt like I was flying pretty much for the rest of it. I’ve been really feeling strong.

This morning, well today, I cranked out about 108 miles and it’s still pretty early so I’m probably going to carry on. This morning, I encountered Mike Dion. He seemed to be doing OK. I was expecting to see Mary also but it seems like, well Mike said that her legs have really been swelling up and she stopped at the creek and I just never saw her. So that’s really too bad. I was hoping to see her. Apparently, I passed her and never saw her.

Anyhow, things are going well. I even got some advice on camping with bears from a guy in Grant. He says the best thing to do is after I set up my campsite in bear country, I should walk out about 20 feet and then start peeing around my campsite to mark my spot. I guess I should stay well hydrated to do that. OK, talk to you later. Bye. 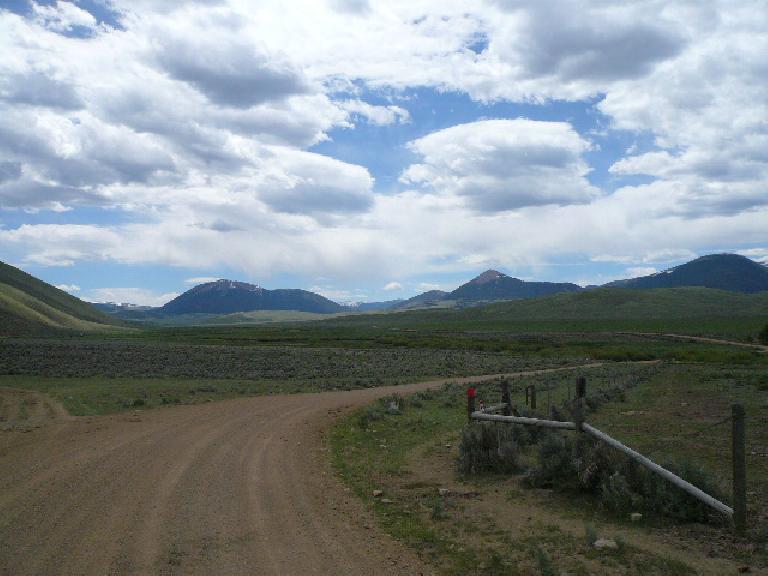