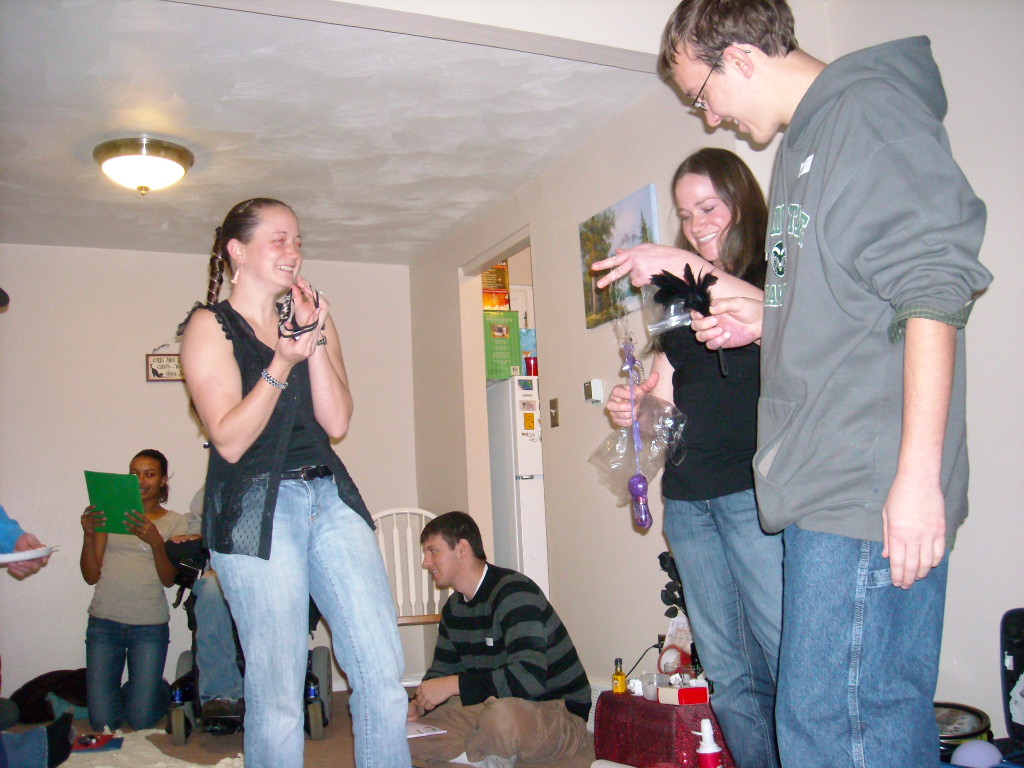 Most people who receive an Evite in their e-mail inbox expect to find an invitation to a birthday party, dinner, or a movie night. But most people do not receive invites from Ryan, a friend of mine in Fort Collins. The Evite for her event promised lots of snacks, wine, and… sex toys.

“Hi, I’m Temptress Tara,” she greeted. Soon I was introduced to other smiling Fort Colliners such as Juicy Jenn, Juggling Jess, Naughty Mikey, and Sumptuous Sandra. I was Fanciful Felix.

Well, those were actually some of the more tame names. Also present was Penetrating Prateek.

The Passion Party was divided into two halves. After declaring that “I love sex,” Temptress Tara commenced the first half by passing around bottles of lotions scented with vanilla, chocolate and berries; lubricants that I suspected would be good for preventing chafing on the back of the neck when swimming in a wetsuit (note to self: must try them); and a balm that makes nipples erect. I tried using the latter on one nipple—it worked.

In addition, she passed around an “exciting” potion designed to be applied to one’s private parts. The two pretty young women sitting next to me on a blanket on the floor began to squabble over which of them would try it until one of them won out after exhorting, “You’re the virgin—you try it!” Her friend then went into the bathroom armed with some Q-tips and the magic potion, and emerged a few minutes later smiling but not saying a word. I did not ask her if that one worked.

If you haven’t figured it out already, 90% of the items seemed to be geared towards women. I didn’t mind.

In between the hardware show-and-tell, there were also fun activities including speed contests involving eating cherries immersed in whip cream, or bananas eaten with one hand held behind one’s back.

There were also riddles such as, “What is one thing a woman expects when brought into one’s bedroom for a hookup?” (“A bed!” I answered.) The answer: clean sheets.

All in all, I have to say Ryan’s party was a big success even if everyone managed to keep their clothes on despite the dozens of sex toys lying all over the place. Oh, and the snacks and wine were good too.