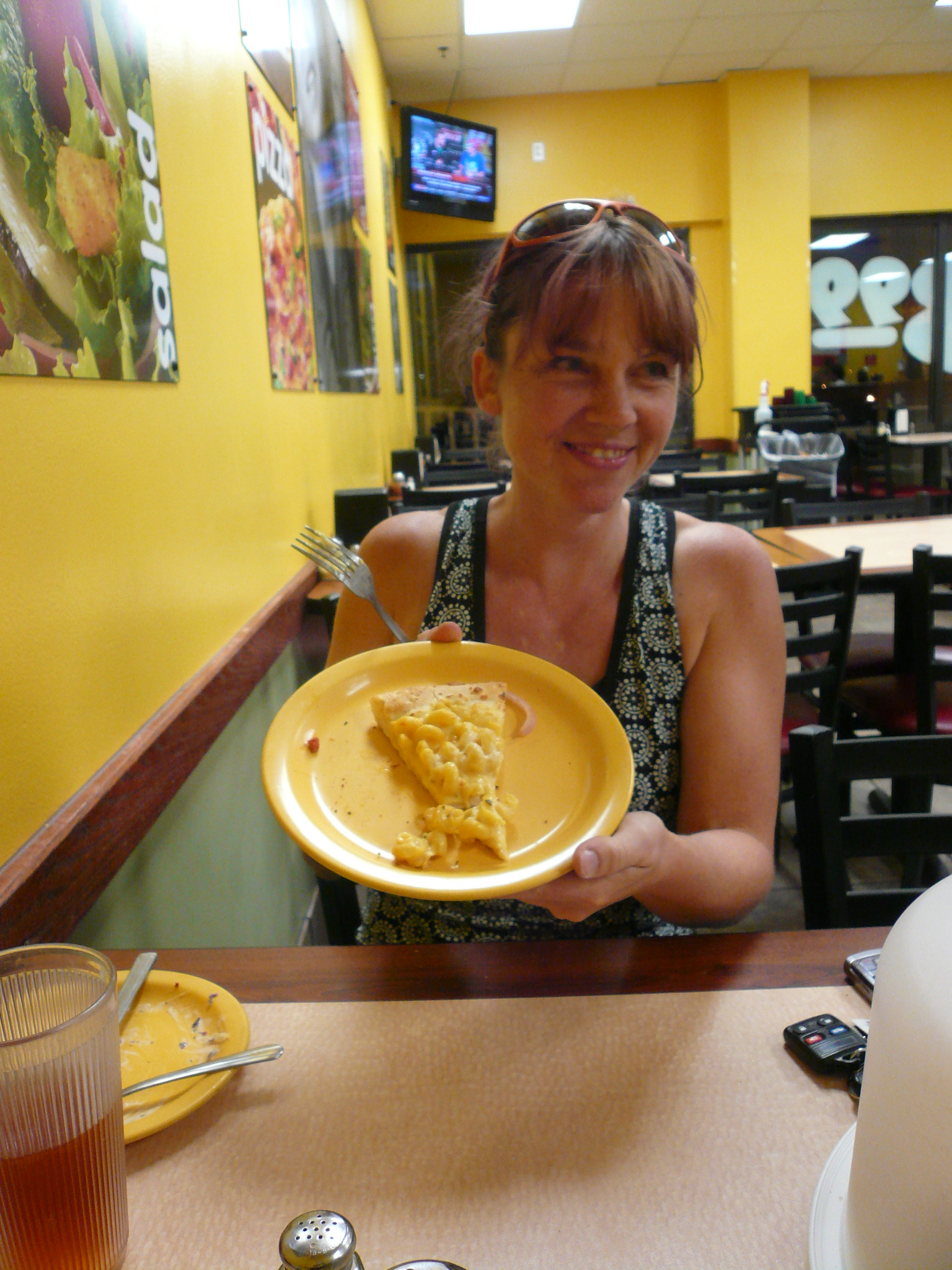 Don’t ask me why, but I’ve celebrated past birthdays in ways as unorthodox as a hippopotamus wearing a top hat. For example, there was the one I spent a claustrophobic night underneath my ’69 MGB replacing a stuck oil pressure relief valve in her newly rebuilt motor in order to get her back on the road for the first time in 14 months. On my 30th, I tumbled out of an airplane even though it was well-engineered and perfectly functional. But the birthday that had to take the cake (ha) was last year’s when I desperately rode 135 miles through the barren and waterless Great Divide Basin while dealing with sleep deprivation and hyponatremia on Day 14 of the Tour Divide Canada-to-Mexico mountain bike race.

This year, then, I was perfectly content spending my birthday in a more conventional manner. For example, with friends.

This is not to say I was as inactive as a teen who had just discovered the X-Box. In the morning, I ran a few miles with my neighbor Tim followed by a quick (but tire-suckingly muddy) mountain bike ride through the ‘hood. A few hours later, I motorcycled over to the Edora Pool to swim 56 laps, only to get absolutely drenched in a flash thunderstorm on the return trip home. In the evening, I went indoor rock climbing. Needless to say I did not get much work done that day.

Rock climbing was a great treat because of who came. There was Tanya whom I sorely missed while she was camping and visiting family on the western slopes of Colorado for the last two weeks. Rhea, my former rock climbing buddy whom I had not seen in over a year while she taught in The Traveling School in Africa and Latin America, also dropped in while she was in town for the week. Several other friends, including Christy, Jesse, and Ryan climbed as well.

Afterward, we headed out to dinner—the question was, “Where?” A few weeks ago Ryan gave me a coupon to a pizza place for a free dinner and drink on one’s birthday. I will respectfully withhold the restaurant’s real name, but since its name (according to Ryan) is slang for ‘vagina’ in Spanish when pronounced the Italian way, I will refer to it as VG’s. Having the coupon in my possession, I was fully inclined to go there.

Ironically, despite giving me the coupon (it was from a local coupon book we were thumbing through one evening), Ryan objected. “We really don’t have to go there!” she exclaimed. Tanya added, “We could take you somewhere classier on your birthday.” Hmmmm. But never having been there plus not being accustomed to having class on my previous b’days, I insisted.

So we headed over to VG’s. If Ryan and Tanya hadn’t set off any alarm bells earlier, then the cashier/greeter should have—particularly when she not only let me eat for free but also at least one or two others of our group. “I’m tiiiiirred,” she yawned. “Just help yourself to some food, I don’t care.”

The buffet included an impressive spread of salad and a large variety of pizza. But by “impressive” I mean quantity, not quality. The salad, as Tanya would later remark, tasted as if it had come from “a salad bag picked up in a grocery store,” which I actually thought was being charitable. The pizza was cold with a stale white crust that was doughy and chewy instead of crunchy, kind of like a kitchen sponge. It made Red Baron frozen pizza seem gourmet.

Before long, the food became something of a joke—after all, we really could not complain as it was free! Dinner soon degenerated into a spectacle, like when seven-year-olds dare each other to eat a leaf or a worm.

Jesse started it. He had piled onto his plate a couple slices of cheese and macaroni pizza that Tanya and I had initially passed up, thinking there is no way in heck that sort of combination could be anything but rubbish. But Jesse ate it with such abandon that Tanya’s curiosity was piqued. She then fetched a slice of it for the two of us “just to see how bad it is.”

How bad was it? It tasted like it was made from those instant macaroni and cheese boxes that sell for a dollar and cook in the microwave in one minute, and then dumped onto month-old pita bread made in the ghetto. I have no idea who actually conceived such a combination, but his name was neither Emeril nor Einstein. For the first time in a decade, I was unable to finish food due to taste.

Tanya later remarked, “I did not find it surprising that they were willing to give so much away for free. Pretty soon they might have to pay to get rid of it.” Ha!

The plus side to all this is that the angel food cake sweet Tanya had thoughtfully baked and brought in tasted absolutely heavenly in comparison. So there was at least one person in the restaurant who could cook. The food fiasco also ensured that my streak of unconventional birthdays would remain intact. Unconventional, perhaps, but memorable and fun.