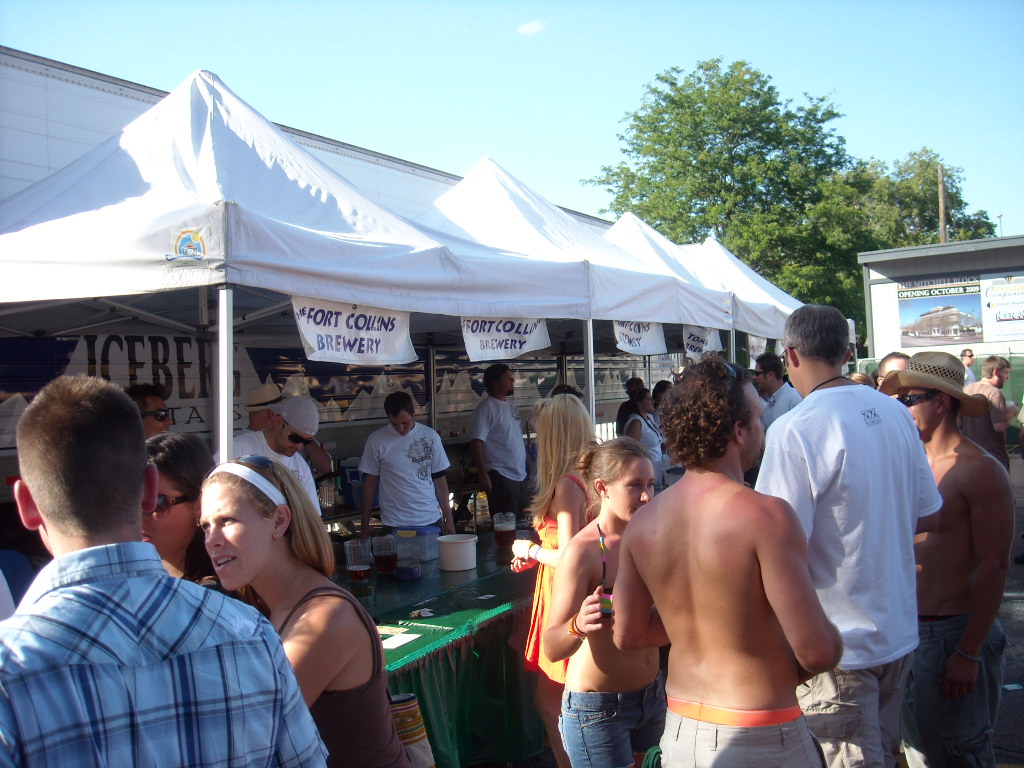 I had not seen a line to get into an event this long since Barack Obama came to give a speech in Fort Collins the week before last year’s presidential election. Plus there were no Secret Service agents to open the floodgates at the last minute for anxious attendees. Consequently, I stood in what must have appeared from way above like an endless trail of ants for one hour and twenty minutes. For what? Beer.

My friend Kimberley was the smarter one. While I waited in the queue that stretched down to a traffic light two blocks away from the ticket booth, she texted me saying that she already “in” since she moseyed into Old Town Square over to Lucky Joe’s instead of paying $10 for entry into the 20th Annual Colorado Brewers’ Festival. While she wouldn’t be able to try any of the microbrews on tap at the BrewFest booths (for $2 a pop), she was able to drink beer from the bar and listen to music played at the stage just yards away. No wait, less dollars. I’ll have to remember that for next year.

But this year I had to stand in line because Raquel was coming to join me and we were meeting up with her friends Chelsea, Chris, Cindy, Mark, and Sarah. Shortly after we did, we ambled over to the beer tents and I saw what Raquel meant when she described the event as “one big frat party,” one in which Mark observed there was not only plenty of booze but plenty of skin showing.

After downing a few beers, we went searching for food which was actually a bigger ordeal than you might imagine because restaurants either had a wait of an hour or more, or were closed like the Trailhead Tavern in order to avoid making truckloads of money. At least there was one enterprising guy with a brain who came over to the TrailHead Tavern and started selling amazingly hot (temperature-wise) burritos that he brought over from home. We bought some and soon were “drinking” burritos out of a cup as they were too hot to hold with our hands.

Then we headed over to Washington’s Sports Bar for more grub. Outside was a dude getting busted by a police officer and a lady pushing a stroller carrying a cat.

All in all it was a pretty wild day, even if a good portion of it was standing in line and shuffling one foot every 30 seconds.