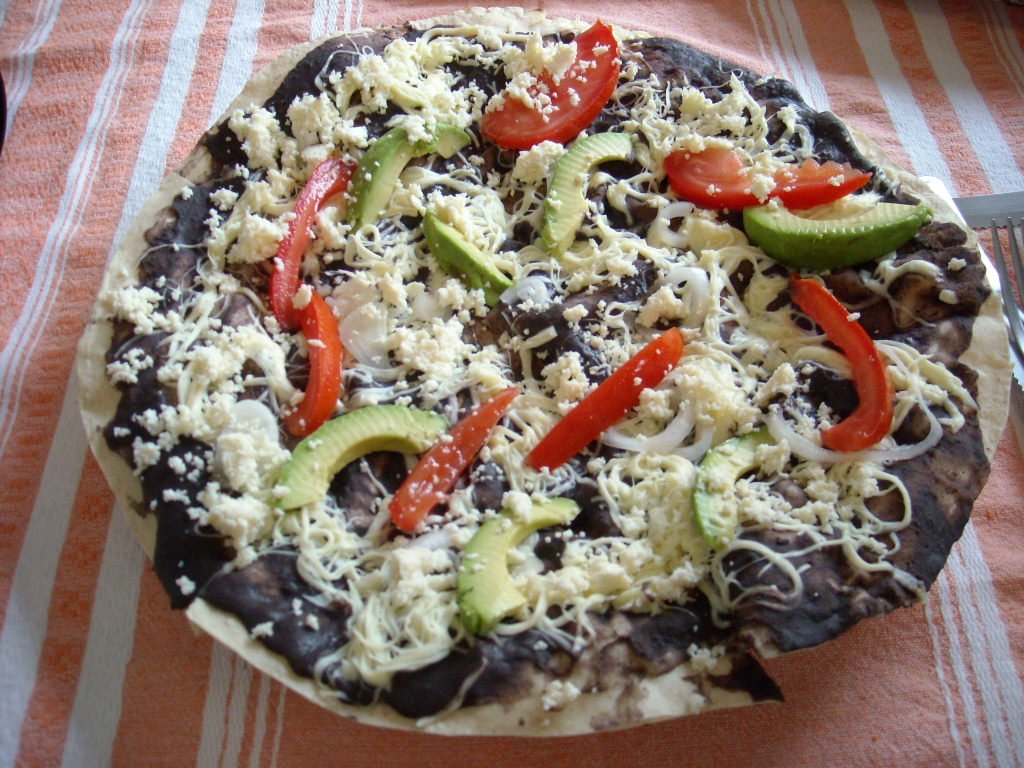 Molés. Tlayudas. Chapulines. These are all typical Oaxacan fare, and quite tasty too. Even the chapulines (fried grasshoppers) were “not bad”—the ones I tried were crunchier than a potato chip but in dire need of more salt.

Using an abundance of chile peppers and avocados in nearly everything, Oaxacan cuisine is extremely flavorful and often spicy enough to make you cry for milk. During our first few days in Oaxaca, we played it “safe” and ate exclusively inside restaurants, but after Day 3 and reassurances from a German student named Killian about the sanitation of food cooked atop carts on sidewalks, we ate primarily street food. This was a good call as street food was not only cheaper, but often tastier. It also provided a more authentic, do-as-the-locals-do experience.

One downside to Oaxacan food is that it makes Rush Limbaugh’s eating habits seem healthy. Oaxacan meals are fried in lard and are very meat-centric (beef, chicken, and pork). After six days in Oaxaca, Sarah proclaimed “I need to get some roughage” and “I don’t think I could live in Oaxaca” because we hadn’t eaten a significant amount of vegetables during all that time. We ended up going to a restaurant called Biznaga just so we could devour some salads.

Corn tortillas are also used in abundance although the area is starting to experience a dearth of corn due to a labor shortage (too many men have fled to the U.S. or Canada in search of higher-paying work). With everyone eating primarily meat and corn in lard you might guess that locals have a weight problem, and you’d be right. There were few people who looked seriously obese but most people seemed to have enough blubber to easily survive a couple weeks of no eating.

That said, food in Oaxaca is truly delicious and probably not any more heart attack-causing than Mexican food served in the U.S. (excepting items from Taco Bell’s faux-Mexican Fresco menu). I was reminded of this when I went to Los Camales, an authentic Mexican restaurant in Fort Collins (a town noted for good Mexican cuisine), and ordered a plate of flautas. While the quantity of food and calories was certainly greater as it included rice, beans, and heapings of sour cream and guacamole, it was much less satisfying than flautas in Oaxaca. The Oaxacan flautas were crispier and meatier and not drenched in sauces to make up for their lack of flavor. The street-side flautas in Oaxaca were also cheaper (e.g., 10 pesos or US$0.75 each vs. three for $9 at Los Comales), but that of course is due to a devalued peso and third world conditions.

All in all I’d consider Oaxacan food to be a tasty treat once in a while but not something to be eaten everyday. Spare your arteries and the grasshoppers too.