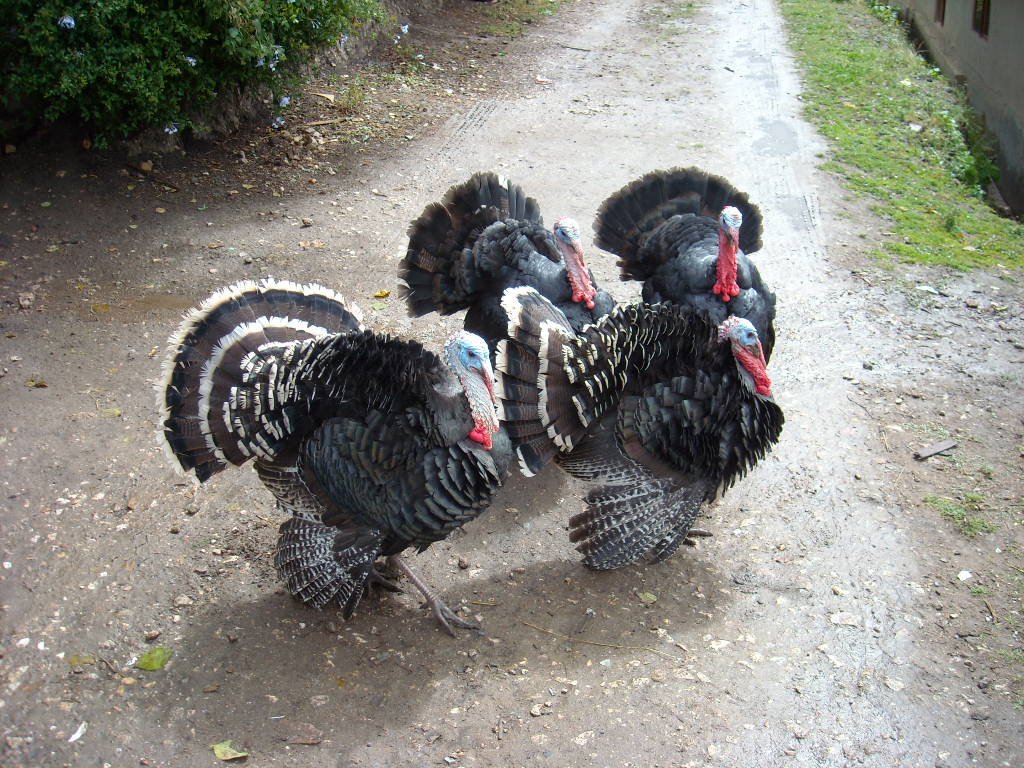 Considering the way a couple dogs were barking at us like we were masked robbers, I cannot claim that los perros in Mexico are mute like the ones in Panama. However, I also can’t say the dogs were doing a good job of being frightening since their ruckus only prompted me to walk back towards them and take their picture—something Sarah, Widhar and Ojudju would tease me about as we ambled toward Teotitlan del Valle.

Other gregarious animals we encountered included gallos (roosters), gallinas (hens), vacas (cows), toros (bulls), guajalotes (turkeys), and even a serpiente (snake). There were also many birds that Sarah admired, but I couldn’t tell you their species in either English or español.

Dogs seemed to be the predominant four-legged creature on the streets of Oaxaca, however, and most were not only quiet but rather lazily cuddled up next to a wall, hardly even lifting an eyebrow as we walked one foot past them. It was actually quite fitting for the relaxed ambience of Oaxaca de Juárez, at least near the cultural center of Santo Domingo.

But don’t ask me where the gatos (cats) were. I did not see even one!