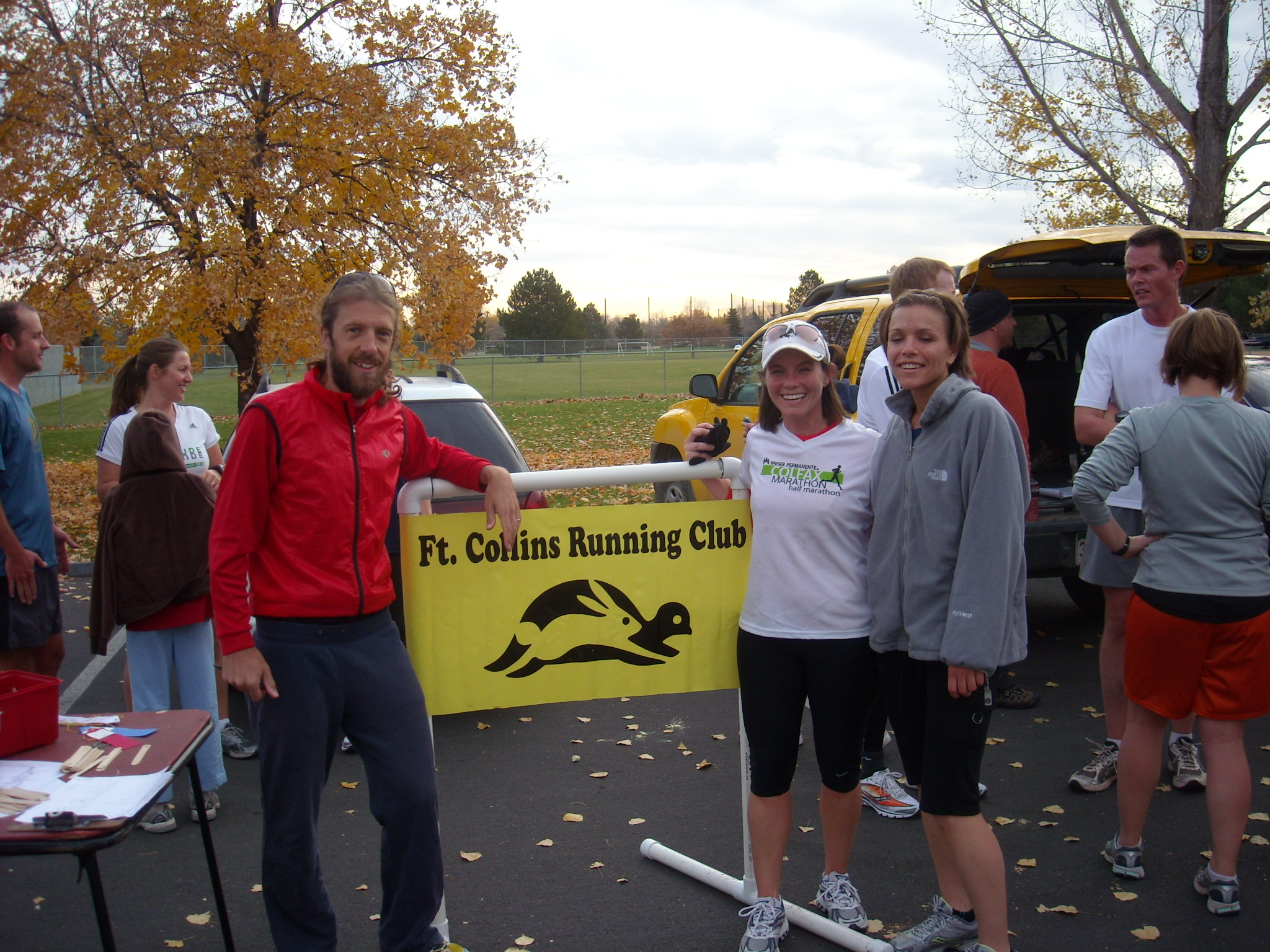 In previous posts about the Tortoise and Hare Race Series put on by the Fort Collins Running Club every year, I mentioned that the start times for runners are dictated by an all-knowing prophet so that everyone would cross the finish line at roughly the same time. It turns out this omniscient being isn’t named Zeus or is the second coming of Jesus Christ, but is a humble black machine called “Nick’s computer.” And while I remain wary about anything that occasionally flashes the Blue Screen of Death, it appears that this number cruncher has a ‘bit’ of logic behind it.

Or so it appears after I read a description of the algorithm. It was one whopping page long.

Here it is in all its glory:

The formula used to predict a finish time for a new race based on a previous race is:

The overall prediction is based on the races from last season and this season. A point of clarification: a season is seven races, so the 2010 season is October 2010 through April 2011. If there are no previous races from this season, then the overall predicted time is the average of the predicted finish times based on last season’s races. (This is the situation for all racers at the first race of the season.)

If there is only one previous race from this season, then there are two sub-cases:

1) There are no races from last season; then use the predicted time based on the one previous race from this season.

There are two or more previous races from this season; then the overall predicted time is the average of the predictions based on this season’s previous races; that is, ignore the information from last season.

Now that the T&H algorithm is no longer as secret as Google’s for search, we can find all sorts of ways to manipulate it, ha! Although I won’t openly speculate on this web page how because I’d rather not let Leah get an upper hand in the next Tortoise & Hare Series.