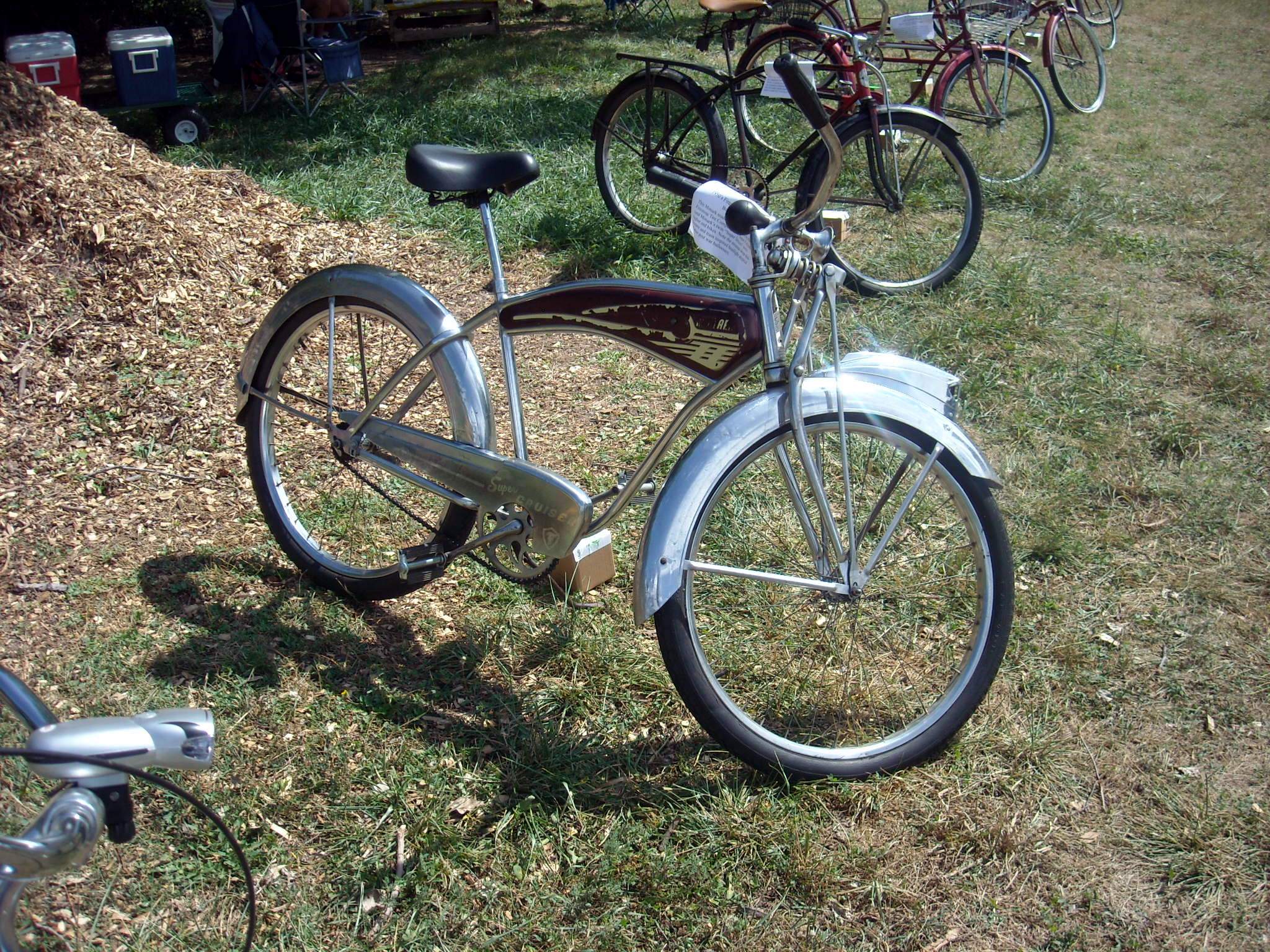 One of the nice perks of the Tour de Farms was that one of participants was handing out complimentary entry passes to the Fort Collins Classic and Custom Bike Show at the Mulberry Community Gardens. I was going to head over there after the urban farm tour anyhow, so it was nice that I could now get in for free.

This being the first year of the event, there weren’t a whole lot of spectators or bicycles. For the latter, I counted eight—nine if you include the wild tricycle cruiser displayed on the sidewalk used to draw people into the show. That there were less bicycles than the amount of fingers most humans have meant that I was able to take photos of all of them to post in the associated photo gallery.

All bicycles looked to be in original condition, with none of them restored to an as-new shine. Ultimately, then, the bicycle I voted as “best of show” was a cruiser that I thought had the best restoration potential.

I asked if the show will happen again next year and the response was, “I hope so!” If so, I’d like to enter my 1984 Gitane Criterium. Or since customs are accepted, maybe even the Reynolds Wishbone recumbent. I’d have to clean both of them up, though. Well, I have a whole year to do so.