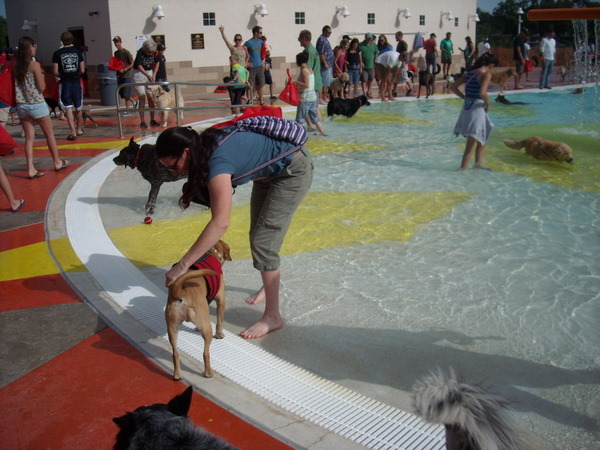 “Maybe he’ll get in the water this year,” I said to Tori with the optimism of Fred Rogers.

Last year, you see, Sadiq not only shied away from the water, but he hurt his paw and ultimately had to be carried away in Tori’s arms like a little baby. Probably not one of the proudest moments of his life.

But it’s a new year and another Pooch Plunge. (Or “Dunkin’ Doggie” as my friend Dave dubbed it.) The following video has a few clips (among others) on how he did:

As you can see, he would never be mistaken for the canine version of Greg Louganis because not once did he throw caution to the wind and jump right in. However, he did get his paws wet while making the other fashion-conscious dogs envious of his stylish red life vest. He also didn’t injure a limb and made it out of City Park under his own four-legged doggie power.

So it’s progress! That a boy, Sadiq…