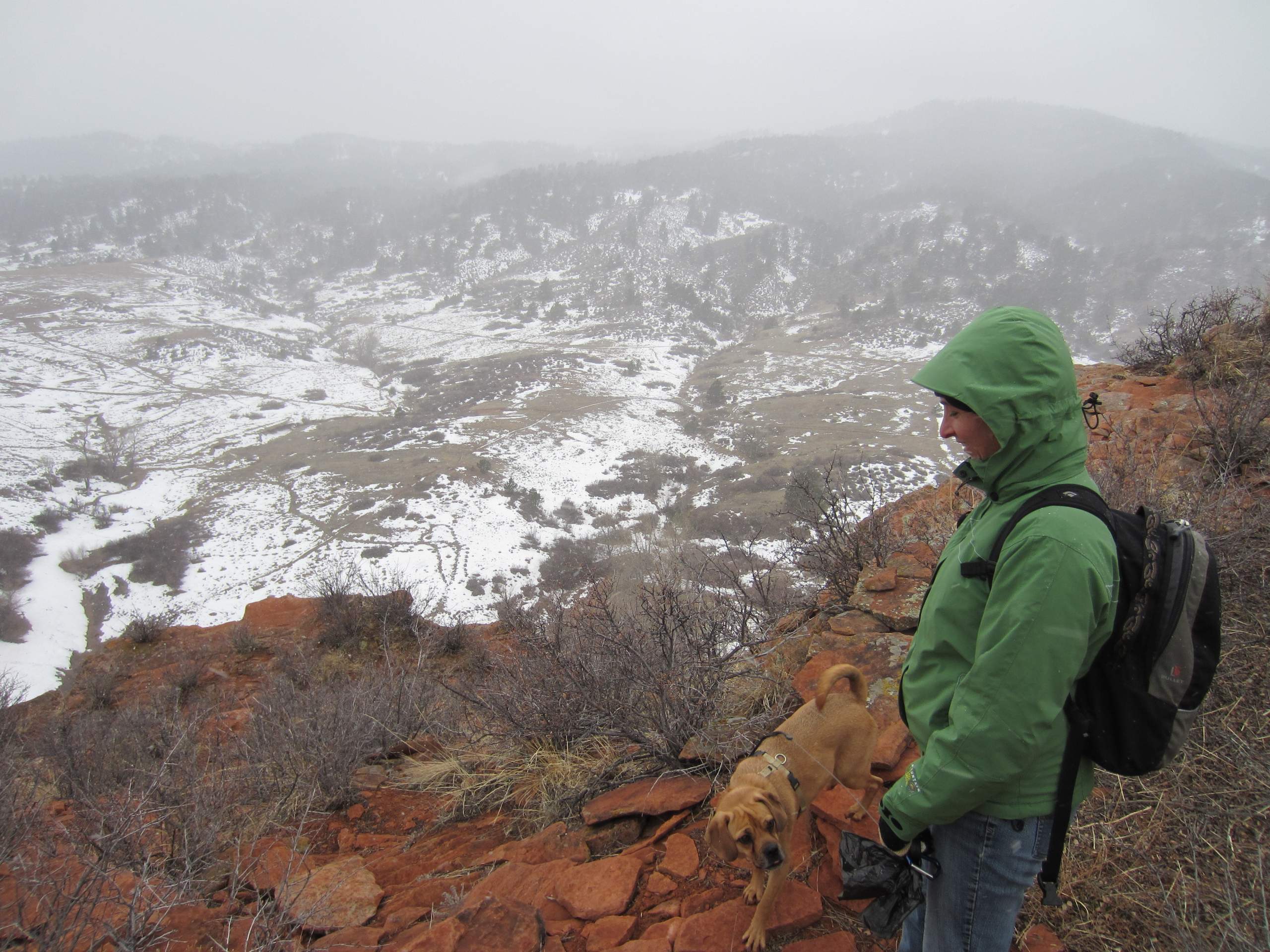 The weather had been so bright and temperate lately that we didn’t interpret the “chance of snow” warnings as “blizzard.” We also weren’t expecting slick and dense layers of snow and ice on the trails at Lory State Park. No matter; Lisa came up from Colorado Springs for the weekend, so the least I could do was come out to hang out with her, Tori, and Tori’s dog Sadiq.

Shortly after arriving at Lory, we had a happy chance encounter with my friend Kimberley—who proved that we weren’t the only ones peculiar enough to be out here while frozen white specks were blowing horizontally. We ended up exploring a flat trail that allowed us to stay on our feet instead of slipping and tumbling onto our backsides as Sadiq excitedly ran circles around us, frequently entangling our legs with his leash.

After two miles and an hour and a half, we swung open the car doors and drove Sadiq home. Then we ordered some spicy tacos and burritos at Matador’s. In hindsight, it would have been pleasant enough to just come out to a Mexican restaurant with my two friends, but then I’d have missed the splendid snow-covered views. And the canine who thought running around in a blizzard was even more fun than doggie day care.