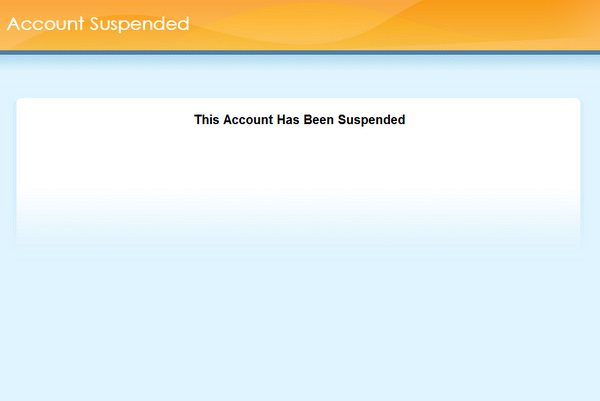 The five or six avid readers of my website may have noticed that going to felixwong.com in the last 24 hours brought up an error message of “ACCOUNT SUSPENDED!” This was not a Wikipedia-like protest of SOPA nor was it because I was up to some devious Internet mischief a la Julian Assange.

Well, sort of. Actually, my web hosts’ server had been crashing on a near-weekly basis, and apparently my website was the accidental killer, the Matthew Broderick of Internet domains. Alas it’s not because one million people had been visiting it in one day, but rather one (or more) of my PHP scripts was consuming too much of the server’s processing power or memory.

So as a temporary measure, I deactivated all my plugins. Much of my site’s functionality will be temporarily down until I validate them one by one, but most of the content is still here (just harder to find).

In my spare time this week I may make some changes to the overall theme, which I promise to code a little better. I’d rather not take down the whole server or have my account suspended again!

January 18, 2012 (Wed): I’m done recoding. Not only do my scripts use just a fraction of the processing power they needed before and won’t crash the server, but the pages should load much faster now!

I have enjoyed visiting your website periodically to read about your adventures on the bike. I used your ride reports to do research for some of the rides I've completed such as the Death Ride. Thanks for posting great info!

Anyhow, I see that you also run and I have questions on how to integrate the training of the two. Moreover, I am considering training for the 508 in Oct. 2013, and wanted to know how you trained for this event.