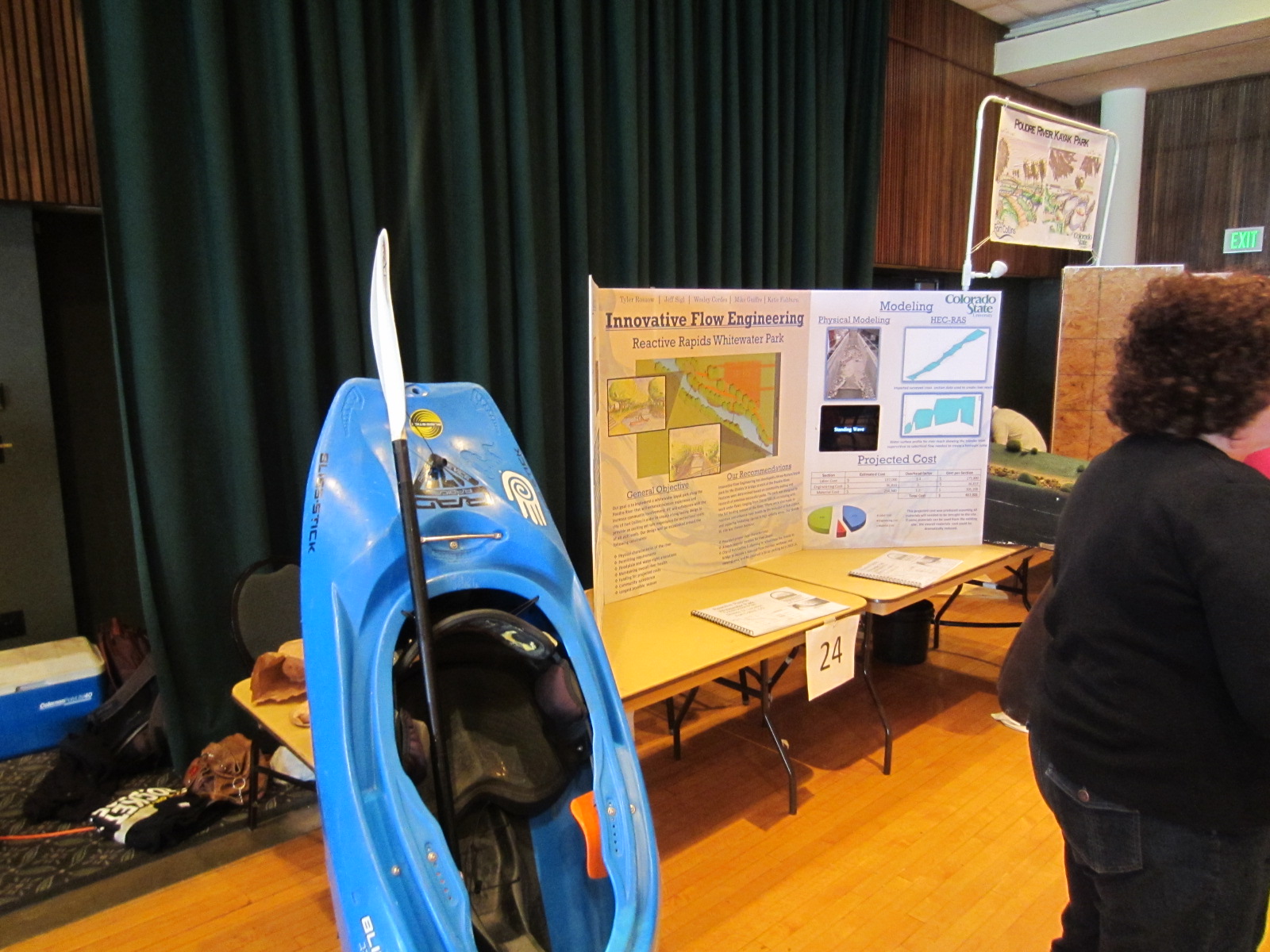 I took a break in the middle of the afternoon to head to our local college, Colorado State University, for a show-and-tell of projects by fourth-year-undergraduate engineering students. It was a delight to see what engineering students exercise their brain cells on nowadays. A sampling of some of the projects:

I came out of the showcase feeling energized by all the ideas and hard work put into the projects, even if some of them weren’t ready for market yet or needed more refinement. Good job, students!

If it's just under 50% success rate, doesn't that mean you'd have better odds by doing the exact opposite of what it predicts? ↩ Reply