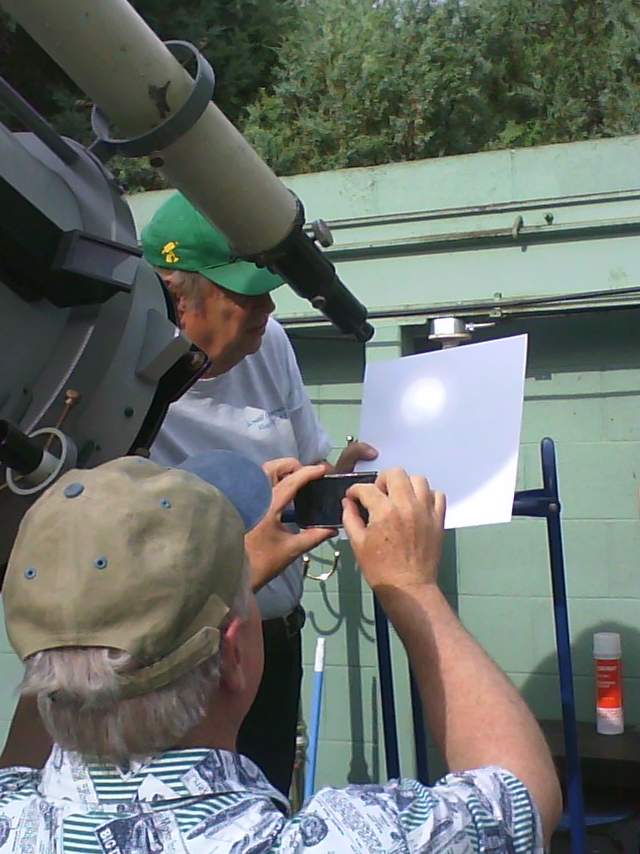 “Isn’t this exciting?” I asked little Luke—the 4-year-old that Kelly was babysitting and brought along to this once-in-a-lifetime event. “You will never see this ever again!”

That is, unless Luke somehow manages to live until 2117—the next time Venus lines up perfectly between the sun and the earth. And that’s assuming the sky was clear enough to see it. With the typical afternoon Colorado summer storm clouds, that is not always a given. Let’s say we were particularly lucky on this afternoon.

This is because when I went to fetch my neighbor Tim, the sky was obscured by a thick bedspread of dark clouds. As we drove to Colorado State University—where we were going to do the Tuesday Night Track workout—there were only a few blue holes punctured the virtual grey blanket.

By the time we had parked at the track and was walking over to the CSU Observatory two blocks away and met Kelly, it was raining! Astronomy enthusiasts were huddled inside the observatory while we talked with a random friend of Kelly’s who had happened to show up too.

All of a sudden, the roof of the observatory opened. The head astronomer had determined we could now observe this astronomical phenomena. Just in time too, because Tim and I only had 10 more minutes before we’d have to return to the track.

As it is never safe for the eyes to look at the sun directly, an image was projected onto a piece of paper. In person, we could see Venus surprisingly clearly. It looked like one black speck in front of the sun. You can sort of see it in the upper left region of the disc in the mobile phone photo I took that’s shown below.

Afterward, we agreed that this was one of the coolest things we have witnessed in the space-time continuum. I’m so glad we didn’t have to wait another 105 years to see it.