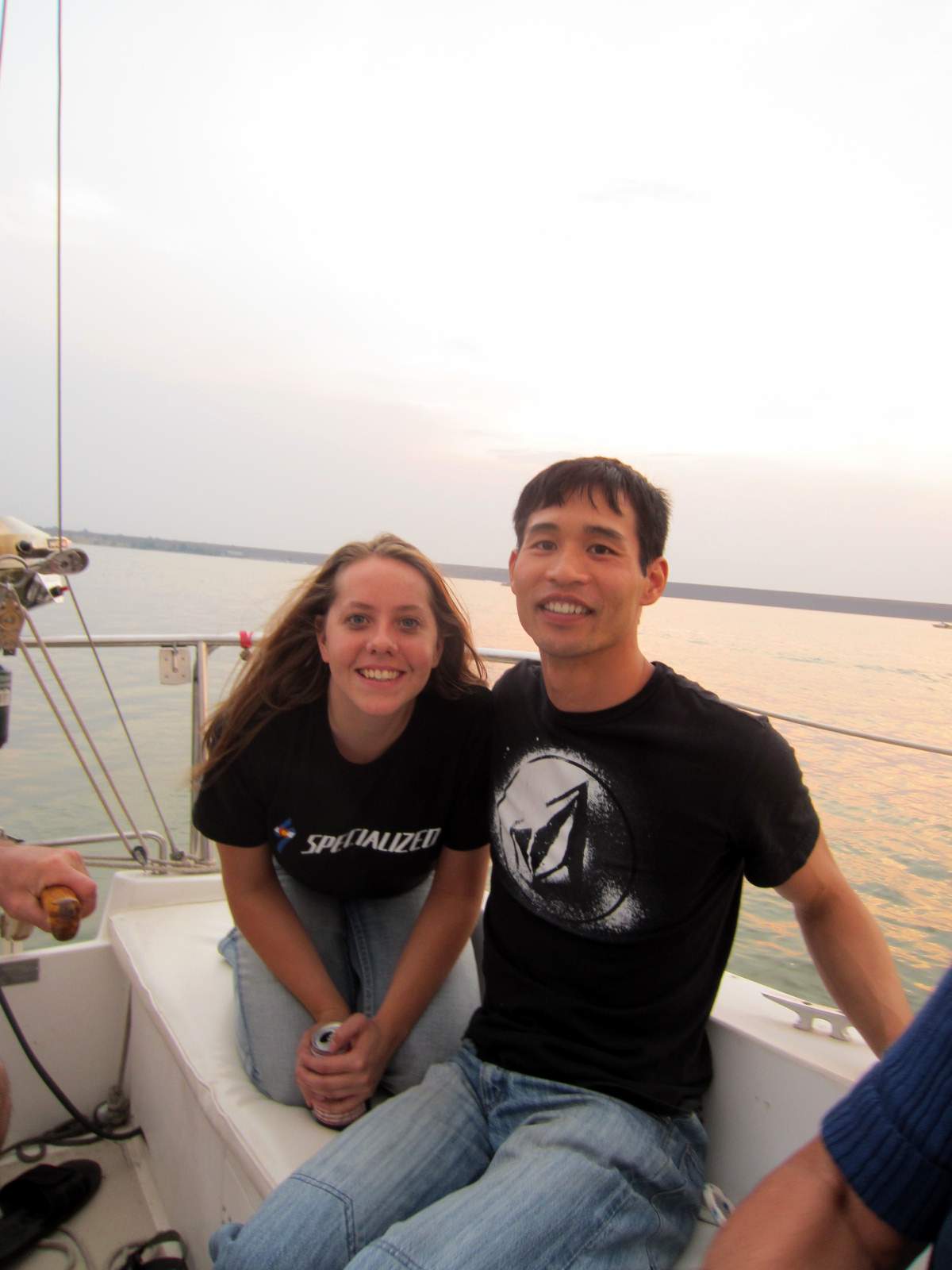 On the Fourth of July, I received a text from Kelly in the middle of the afternoon. “Sailing in Denver tonight?” she asked.

It might have been a last minute invitation, but for the last year Kelly assured me at some point we would go sailing. If not on her sailboat, then a friend’s. On this day, it would be her friend Keith’s.

Keith, you see, has a 25′ sailboat docked in the Cherry Creek Reservoir of Englewood, Colorado. Each month, he generously invites Meetup.com members out on his boat for sailing and socializing. This being the Fourth of July, we figured a lot of people would come on out, so Kelly had an enormous basket of food and drinks ready to go when I met up with her after she got off work.

As it turned out, there would be just five of us—Judy, Karin, Keith, Kelly and me—which not only meant there was plenty of space to prevent a man overboard situation, but that there was way more than enough hamburgers and beer.

This was my first time on a sailboat ever, so it was an experience to savor. I enjoyed the wind in our face (when a breeze finally picked up), the calm waters, the silence afforded by not needing a motor to do the propulsion (aside from the gas engine Keith used to launch us out of the harbor). There was something pure and simple about harnessing the power of the wind as human civilization had done well before the days of Christopher Columbus.

When the wind became stronger, we were even “challenged” to a race by some guys named Doc and Jon on another sailboat from the #1 buoy to the #4 and back. We were handily beaten, but it was all in fun.

After the sun dipped below the Rockies, we could see flashes of light around us—lightning to the east and fireworks to the west. Since fireworks were banned in Fort Collins due to the recent wildfires, I wasn’t expecting to see any so the crackling explosions of light in the direction of Coors Field and Boulder was a delightful surprise. Even the ducks stalking us on the sides of the boat seemed to enjoy them.

Sailing on the Fourth of July was probably the best possible initiation to the sport that Kelly had been telling me about for a year. Much thanks goes to Keith for opening up his boat to us.