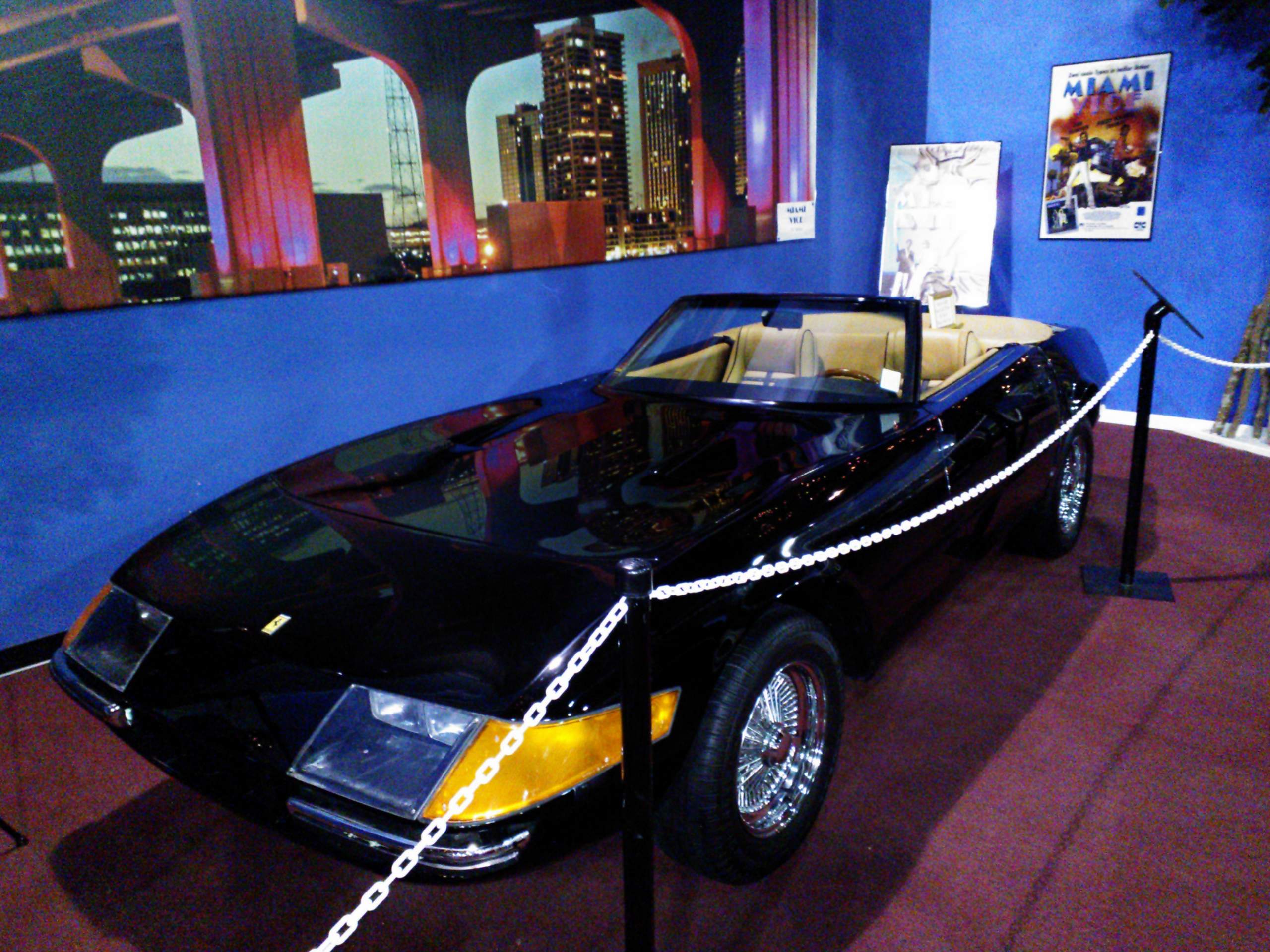 I was sitting inside the colossal Miami International Airport with Kelly before her return flight to Colorado when an e-mail from Groupon popped up on my phone. “Iconic cars from James Bond movies, Batman movies, Chitty Chitty Bang Bang, and Back to the Future parked alongside restored classics,” it read. “Cost: $20 for two-building combo admission for one to the Dezer Collection Auto Museum (a $40 value) in Miami.”

“Wow! What timing,” I exclaimed. After all, I still had another twelve or so hours before boarding a flight (from this same airport) to Jamaica, and this seemed like the perfect thing to add to the day’s agenda that included getting in a gym workout, a haircut, and checking in on business.

It was good that I had plenty of time because the car museum turned out to be ginormous—probably even larger than the Lemay Museum I had visited in Tacoma in December.

The first collection I checked out was the “Micro Cars of the World” room. It was astonishing to see how many vehicles I had never seen before—in print or in person—that were not too much larger than a girl’s pink Barbie pedal-car but were still fully functional and street-legal in some other continent. Of them there were only a handful I recognized—including BMW’s Isetta and the Honda 600. Truly an intriguing array of cars.

Next I visited the Batman Lounge, which had not one but two of the original Batmobiles based off the 1950s’ Lincoln Futura concept car. There were the more modern Batmobiles in addition to the Batboat and Batwhiz motorbike.

Next up was the James Bond room. Almost all the significant Bond cars were represented here. A notable exception was the BMW Z3 that 007 drove in GoldenEye (1995). Oh well, I had already seen that in the BMW Zentrum.

After this I went over to the second building of the Dezer Collection, which housed mostly classic American cars and… more movie and TV cars. Cars from Austin Powers, The Fast and the Furious, The Flintstones, Back to the Future, Magnum P.I., Knight Rider, The A-Team, Miami Vice, and more. I’m not sure if all the vehicles were actually used in the movies or were mere replicas of them, but I’m sure that at least a good number were the actual mules.

Among this amazing collection were motorbikes and bicycles as well. There were couches interspersed between rooms because as one of the friendly staff told me as I entered Building B, “there are a lot of cars and you will want to get some rest.”

I came out of the museum thinking that even those who had no interest in cars—but were at least somewhat attuned to popular American culture—could appreciate the Dezer Collection. I’d say it was probably even worth the regular $40 admission fee, although I was very happy for the Groupon deal that serendipitously landed in my inbox the morning of my last day in Miami.