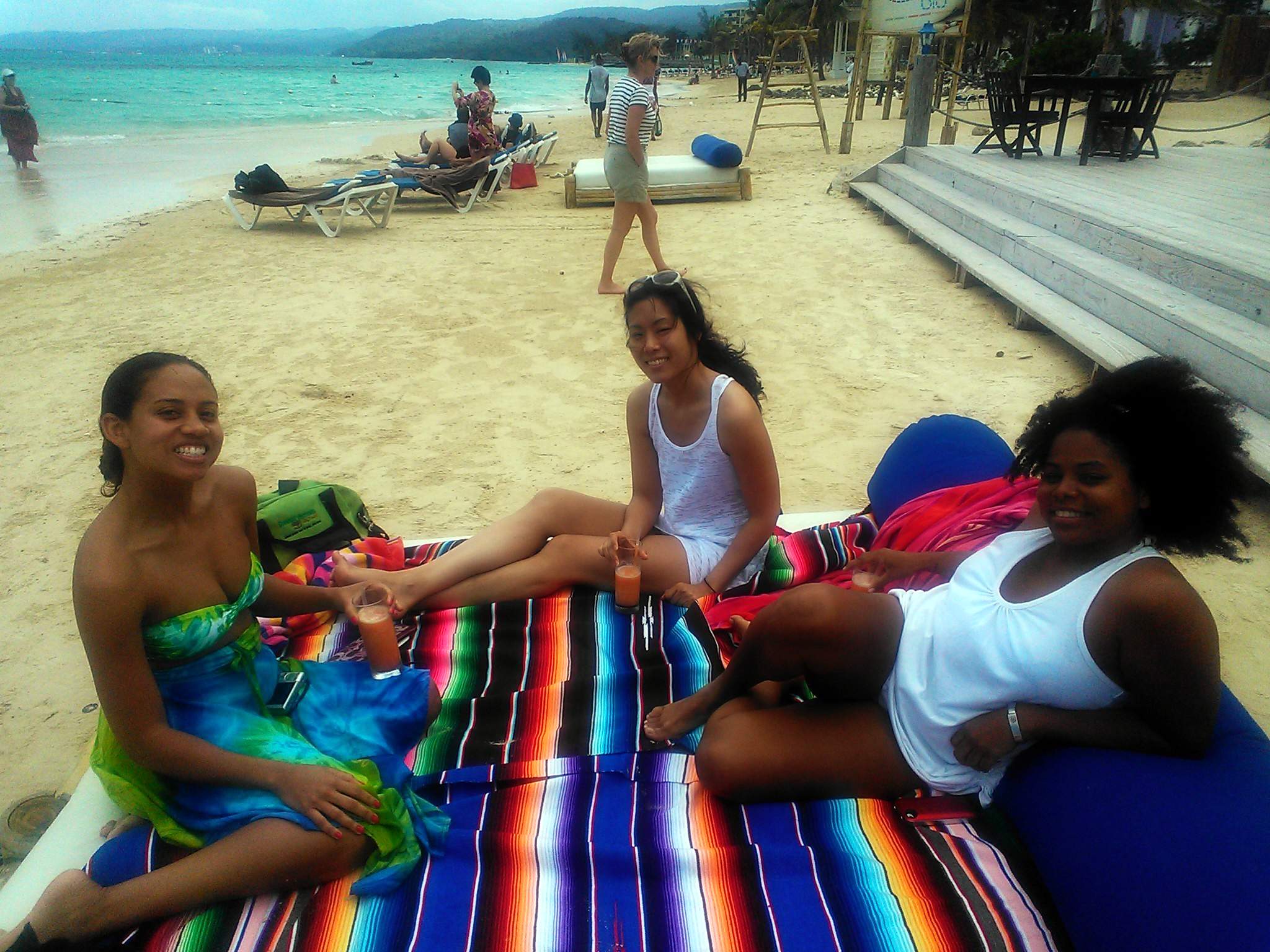 My friend Leanne and I were chatting about Puma H-Streets when she casually mentioned she would be going back home to Jamaica, again. “When?” I asked.

“For my birthday,” she replied. “My friend Jennifer is coming too. You should come!”

As it turned out, I was going to be in Miami—the typical launching or transfer point for flights to the Caribbean island—during that time period anyhow. The timing actually turned out to be amazingly fortuitous. Drop Kelly off in the morning at MIA for her flight back to Colorado, then meet up with Jenn in the evening at MIA for the quick flight over Cuba to Jamaica. Perfect.

Leanne and her folks picked us up at the Kingston International Airport, and we started out the next morning by attending mass at their Catholic church. Apparently, it was Ash Wednesday which was not only a religious holiday but a national one as well when most businesses close. This would be the first of what Leanne would call the “local experience for the tourist” (me) and “the tourish” (Jenn, who had already been to Jamaica with Leanne four times prior).

After an uplifting ceremony, we spent the afternoon at Hellshire Beach (maybe a 30-minute drive from Kingston), where locals played in the water and sunbathed on towels in the sand while energetic Jamaican music blared in the background. There was a fish house and we got to pick out 10-inch long blue, orange and grey fish to be cooked and eaten with bammy and festival (a Jamaican-style sweet fried maize dumpling that kind of resembled a Spanish churro, but not as sweet). It took about an hour for our fish to be ready, but that gave us a chance to talk with some of Leanne’s friends who met us there (and was a further indication of how Leanne seems to know people all over the island). Lunch was delicious and after hanging out on the second floor of the open-air fish house for a couple hours, we headed back to Kingston where we met some more of Leanne’s friends at a really swanky bar that even had a rectangular tile-laden swimming pool.

The next day—Leanne’s birthday and also Valentine’s Day—Leanne, Jenn, Leanne’s friend Felipa and I were picked up by a private shuttle for a two-hour ride over to Ocho Rios. I almost lost my cookies on the drive over—three times in three minutes my head hung out the window while my body tried to puke but nothing came up. Yet the trip was worth hanging out at the beach on a rented “mattress” while eating fried breadfruit, being entertained by (or entertaining) a kid wearing a shirt that proclaimed “if it wasn’t for me there would be no AWESOME!”, and trying to get some sun. I say “trying” because the sun only came out from hiding behind the clouds for about five minutes that entire afternoon, much to the dismay of Leanne. (Jenn, by her own account, is “allergic” to sun, sand and water, so this would be the most amount of UV light she’d encounter in years.)

Afterward, we went to a nearby diner—Scotchies—and had a delicious dinner of jerk chicken (or for others, pork) along with a slice of white bread or breadfruit before heading back to Kingston and getting slightly drunk at another swanky bar, this one a brand new place called CRU. Apparently, rum punch really does pack a punch.

The next day—our final whole day in Jamaica—we did some souvenir shopping, got some ice cream and chicken patties from Devon House. Then we hung out at the pool in Leanne’s family’s neighborhood, where Leanne’s friend Paris paid us a brief visit.

How did we end our time in Jamaica? With a Jamaican party! We went to a site where there was loud Jamaican music (such as Rum & Raybans by Sean Kingston) with thousands of locals who were mostly chatting, drinking and standing around.

Our three-and-a-half days overseas, then, was a good introduction (for me) to Jamaica. We also managed to stay out of harm’s way which is notable in Kingston, known as one of the most dangerous cities in the Caribbean. We only went through one area that was kind of sketchy, a shanty town where squatters had fabricated makeshift homes out of corrugated steel and had hooked up conspicuous wires to overhead power lines for electricity. Never mind that a police station was only half-a-mile away; the police didn’t do anything.

Other neighborhoods—including Leanne’s parents’ which included diplomats and other upperclassmen—had gates and security guards at their entrances, but otherwise, the places we went to in Jamaica seemed no more dangerous than, say, Stockton, California.

It was a great trip and a good way to hang out with a new friend (Jennifer) and celebrate a birthday with an ol’ one. Happy b-day, Leanne!