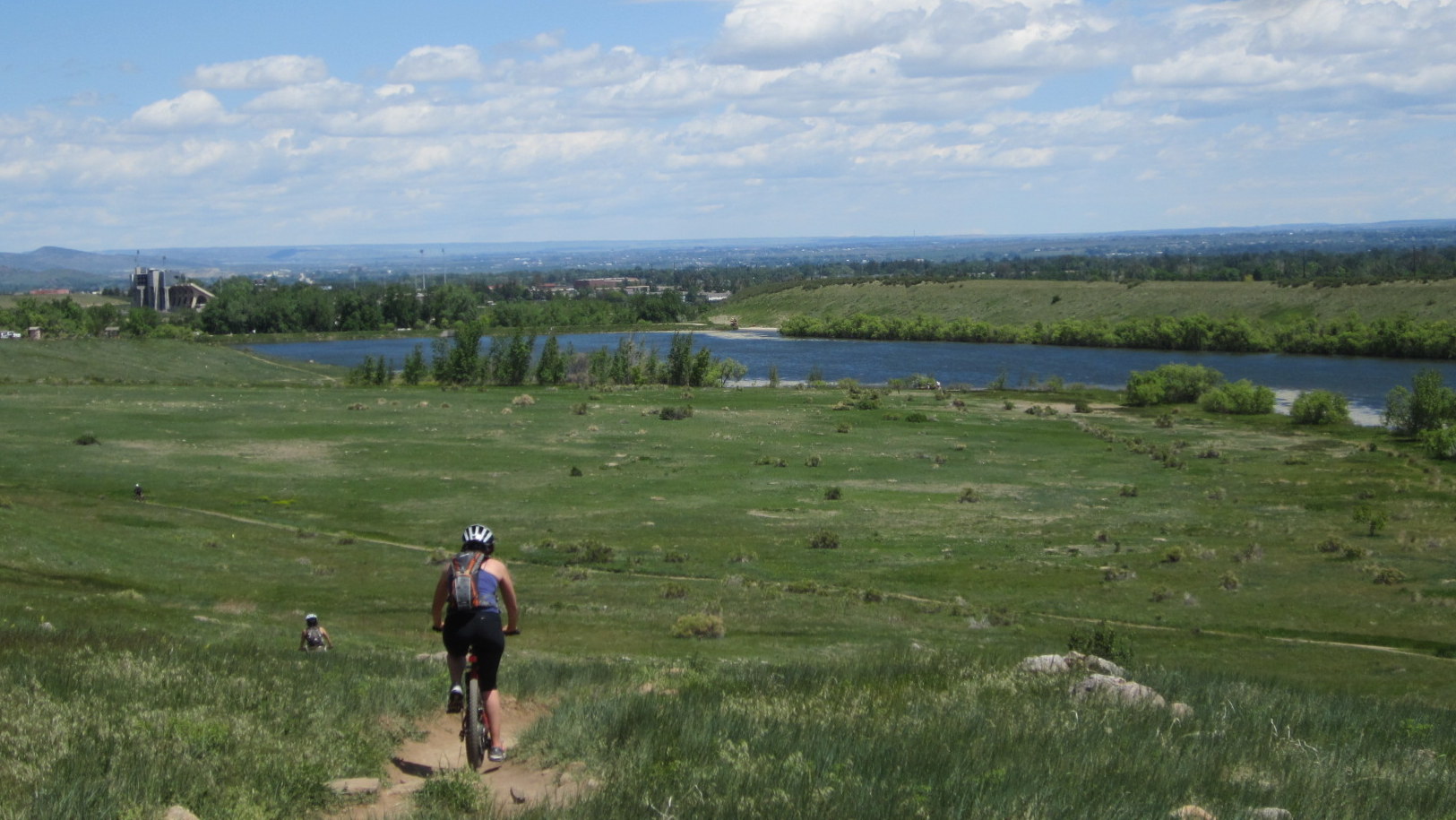 A bunch of us were out late in the aire libre in front of the Crown Pub when Diana and Lauren started proposing weekend adventure ideas. “Let’s go mountain biking!” said one of them.

Since it would be Diana’s first time doing so, we decided to bike at Pineridge in Fort Collins—basically a long stone’s throw away from Diana’s house and a pretty good place for beginners. Yet it had enough challenging areas to keep all of us interested, as evidenced by the wheel-spin and put-your-feet-down we experience when attempting (only rarely successfully) to ride over some very steep hogbacks. Or when Diana took a graceful tumble on the western, more technical side of the Pineridge Trail.

As it turned out, mountain biking was not all we did in this area. This is because after circumnavigating Pineridge 1.5 times, we went down to Cottonwood Park, where some slacklines, a climbing wall, monkey bars and a rope climb were set up for Outdoor Day. We spent quite a bit of time at the latter—set up by a new Fort Collins startup, the Wild Gym—since climbing ropes is fun but also because my gal pals thought the owner of the company was quite a hunk.

Afterward we had a late lunch at Café de Bangkok, which had Thai food to work out like crazy for. I especially liked the papaya salad that Lauren ordered, which was kind of like spaghetti squash in appearance but tasted even better.

After our lunch and we went separate ways, I stopped by Katia’s, who was more than glad to ride home with me and go for a dip in the neighborhood pool.

Lots of little adventures on this Saturday, then. It certainly was Outdoor Day for us.