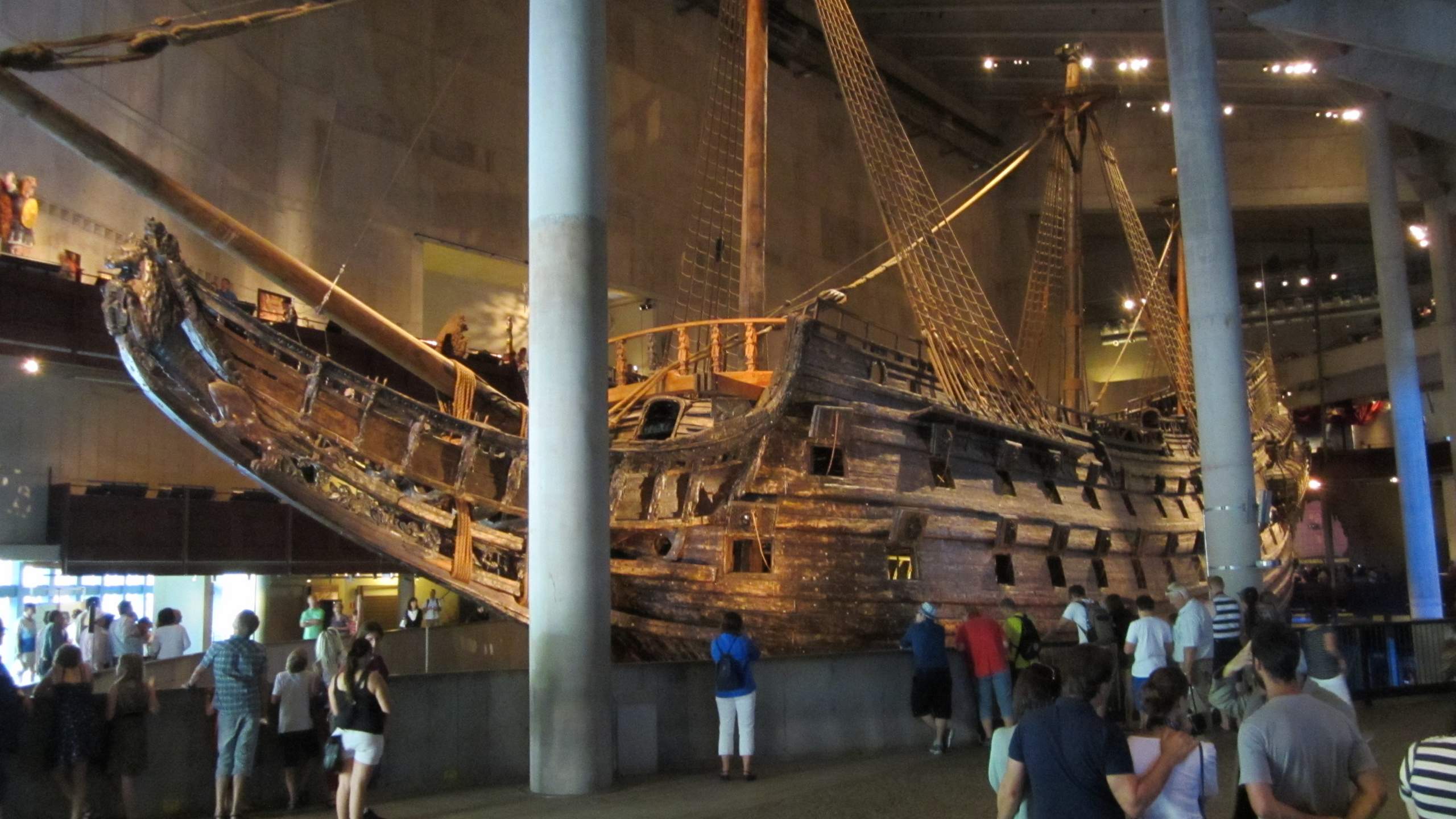 There’s an expression in Texas that goes, “Big hat, no cattle.” It roughly means that despite the boasts and showmanship, a person doesn’t have the goods. And so the expression could apply to Sweden’s Vasa battleship, completed and deployed in 1628. Despite its impressive heft and intricate exterior statues intended to instill fear into the enemy, the ship did not sail even one nautical mile before capsizing. In fact, it never made it out of the harbor.

Perhaps that is lucky for us because about 330 years later, the shipwreck was discovered and in 1961 salvaged and excavated. The ocean had done a remarkable job in preserving this virtual time capsule. A museum in Stockholm was built for it—opening in 1991—and efforts are still ongoing to preserve this piece of history. It is the largest shipwreck ever found.

It also serves as a good lesson as to the potential mal-effects of a rush job and under-engineering. Due to the limited time constraints, the shipbuilders had based the design on a triple-decker ship that was built and added another level without making the ship wider. The result was a ship that was overly top-heavy. As it made its maiden voyage, Vasa swayed back and forth and water got into the normally closed cannon ports, which were left open at the time as a show of force. Somehow I don’t think the big weaponry impressed many people by the time it sank.

I suppose there are a couple more axioms that exemplifies Vasa: “Haste makes waste” and “all show and no go.” If you can think of any others, please leave them in the comment form below.

This is just fabulous! It's on my bucket list for sure. This is a tribute to Swedish know how, dedication and never giving up. The best of the Vikings is here for all to see.

It is a wonderful exhibit for sure! I hope you can make it out there. Well worth the trip! ↩ Reply