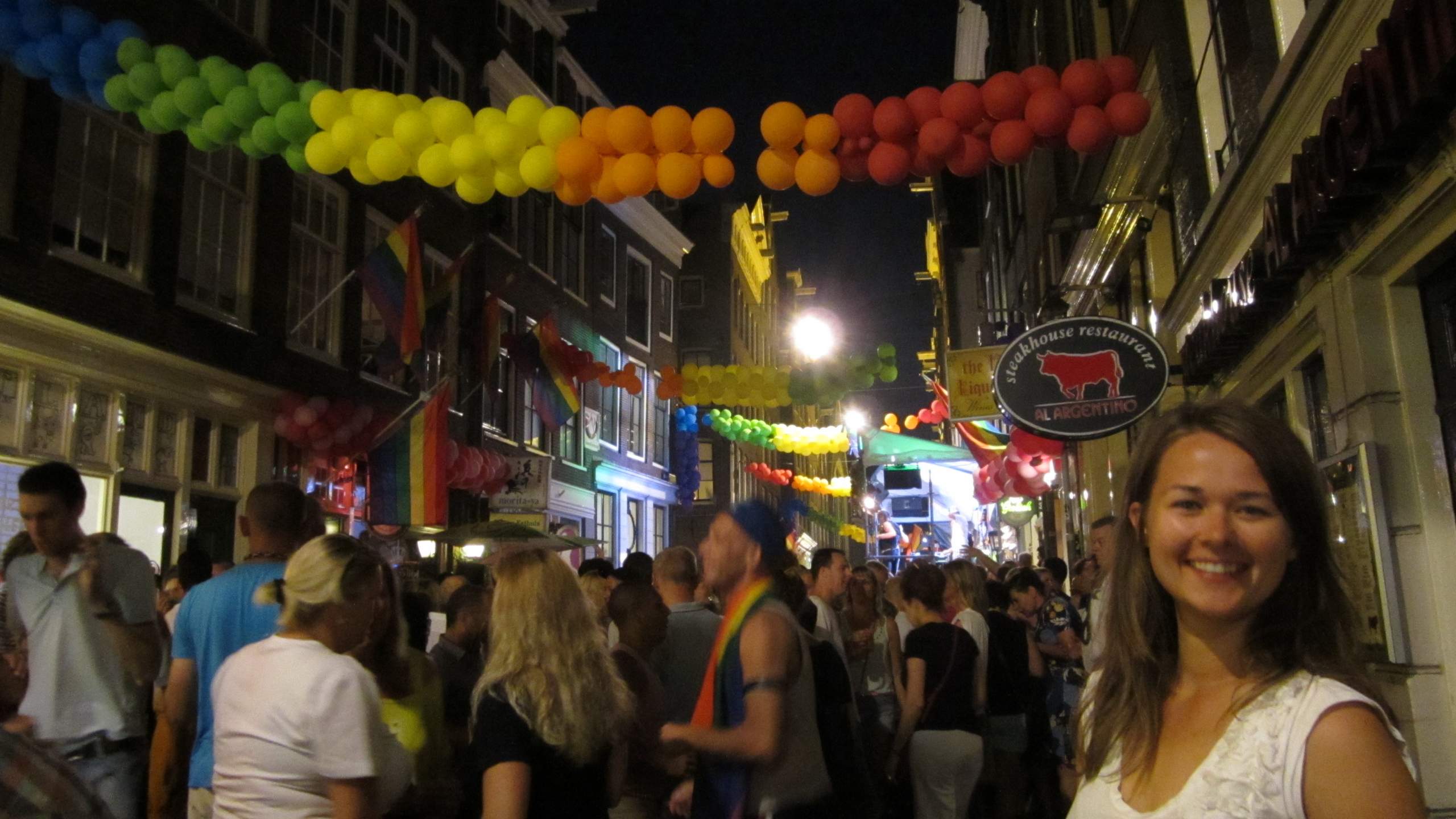 Initially, we had only allocated a few days for The Netherland’s most famous city. But ultimately we decided to spend five days in Amsterdam instead of lingering in Belgium for a couple days en route to Paris. This turned out to be a good call as Amsterdam turned out to be one of my favorite cities during our European trip.

First, there were all the canals. Having been completely ignorant to the sheer number of them, this caught be my surprise—there seemed to be far more canals than, say, Venice. In the center of the city, the canals formed semi-circular rings and also necessitated lovely little bridges. People took advantage of all the water by taking cruises, riding motorboats, or paddling canoes.

Second, there were all the bicycles. The cycling infrastructure here was amazing—even better than Copenhagen. Every road had a red two-way path just for bikes. Mike, my fiverr.com travel assistant, even had warned me, “Do not walk in the bike path, you will get hit and it will be your fault. Walk in the walking area. There will be more bikes than people. Do not buy bikes from people on the street; it is illegal and you will get fined. Bikes have a right of way to go before people and cars. Remember this.” Dutch bicycles—with their utilitarian step-through design and fenders—also happen to look cool.

Third, Dutch culture happens to be very accepting and open. Rainbow flags hung from windows all over the city due to Gay Pride Month and the Gay Pride Parade we actually got to see off Canal Prinsengracht. Pretty much anything goes in this city (including marijuana). I probably do not have to mention much about the famous Red Light District. In this area in the center of town, windowfronts are lit up with red lights (as red lanterns centuries ago were used by sailors looking for hookers) and sexy buxom women strut their assets in bikinis and lingerie. Prostitution is totally legal and even flaunted.

Fourth, there are lots of things to see. I visited the Anne Frank House, the Van Gogh Museum, the Rijksmuseum, and the Rembrandt House, and that was only a small fraction of all the museums. Parks are plentiful and peaceful. I particularly liked the Arts District, which was much more tranquil than the center of town. Amsterdam also happens to have the most amazing public library I have ever been to with a wonderful restaurant called Vapiano’s that serves pizza, soup and salads with the freshest vegetables (as in the basil plants are right on the tables for plucking) for very cheap prices.

“I could easily imagine living in Amsterdam,” I told Katia towards the end of our visit. Maybe one day I will for a longer period of time than five days.