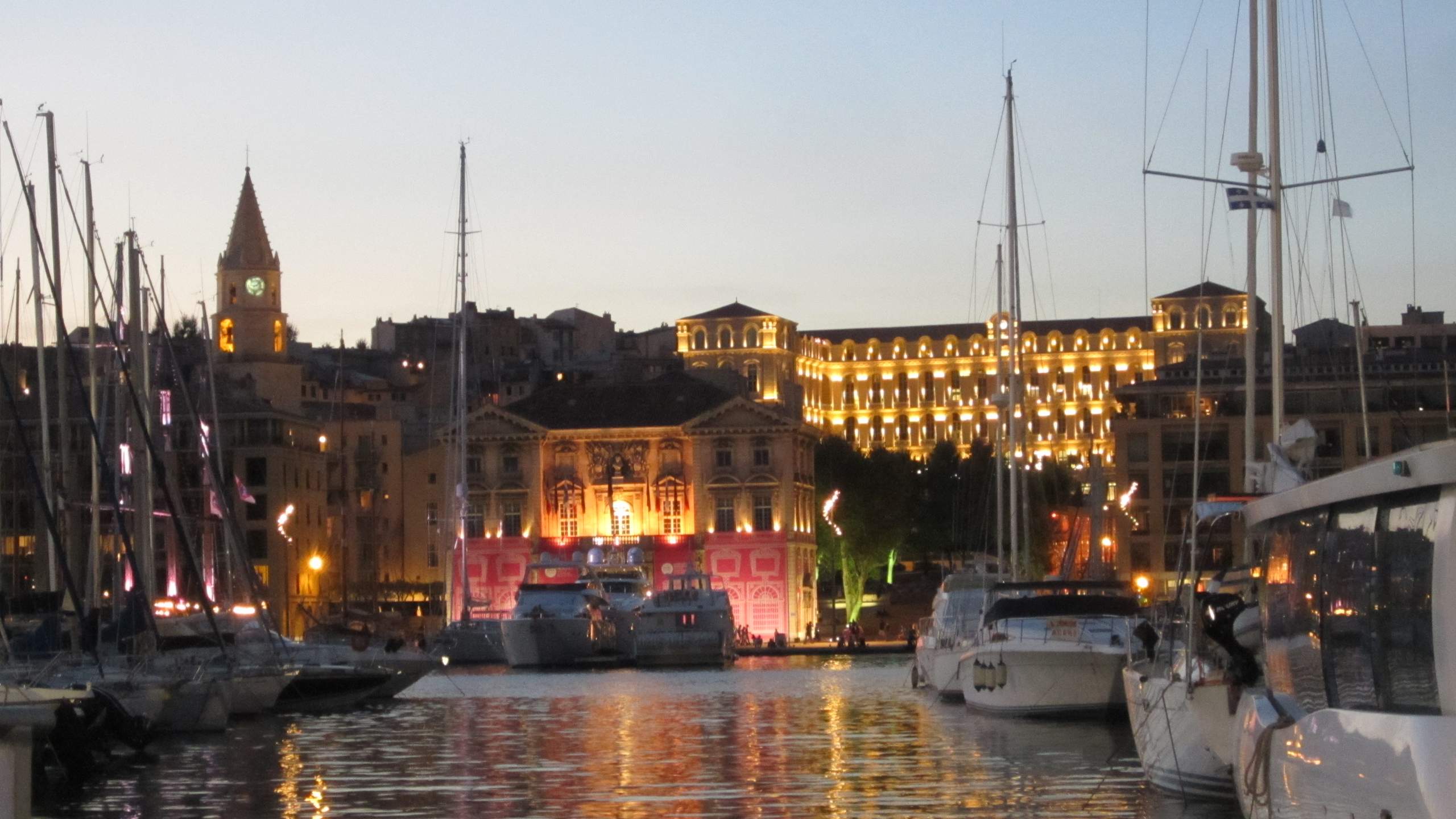 “Wow, this is pretty nice!” I exclaimed as we emerged from the Gare de Marseilles St-Charles downtown. The remark was one of surprise since various people had told me that Marseille was poor, dirty and dangerous. Yet the first things I noticed when emerging from the central bus station were beautiful buildings such as an old church on a hill.

The good feelings continued when Katia and I went to look for lunch. We settled on a Turkish restaurant, and a full-service meal of bread, salad, chicken dÃ¶ner kebab (Turkish sandwich), and French Fries were only four euros (about US$5.70). This was in great contrast to Paris where the same lunch could have easily cost 16 euros.

We then left Marseille to take a train to the beach town of Cassis, but returned later that night. Before heading back via bus to Aix-en-Provence, we went looking for Marseille’s Old Port in order to check it out.

We started walking west. Almost instantly, we were confronted with graffiti-lined streets, buildings with window bars and sketchy-looking areas. “Um, let’s take the Metro,” Katia and I agreed.

So maybe Marseille—or at least parts of it—was as poor, dirty and dangerous as I had heard. The Old Port, however, was nice. We strolled up and down the harbor and took the photos below.

These few hours in France’s second-largest city were my only exposure to it, but maybe I will be back. I wouldn’t mind visiting that old church on a hill that formed my first in-person impression of Marseille.