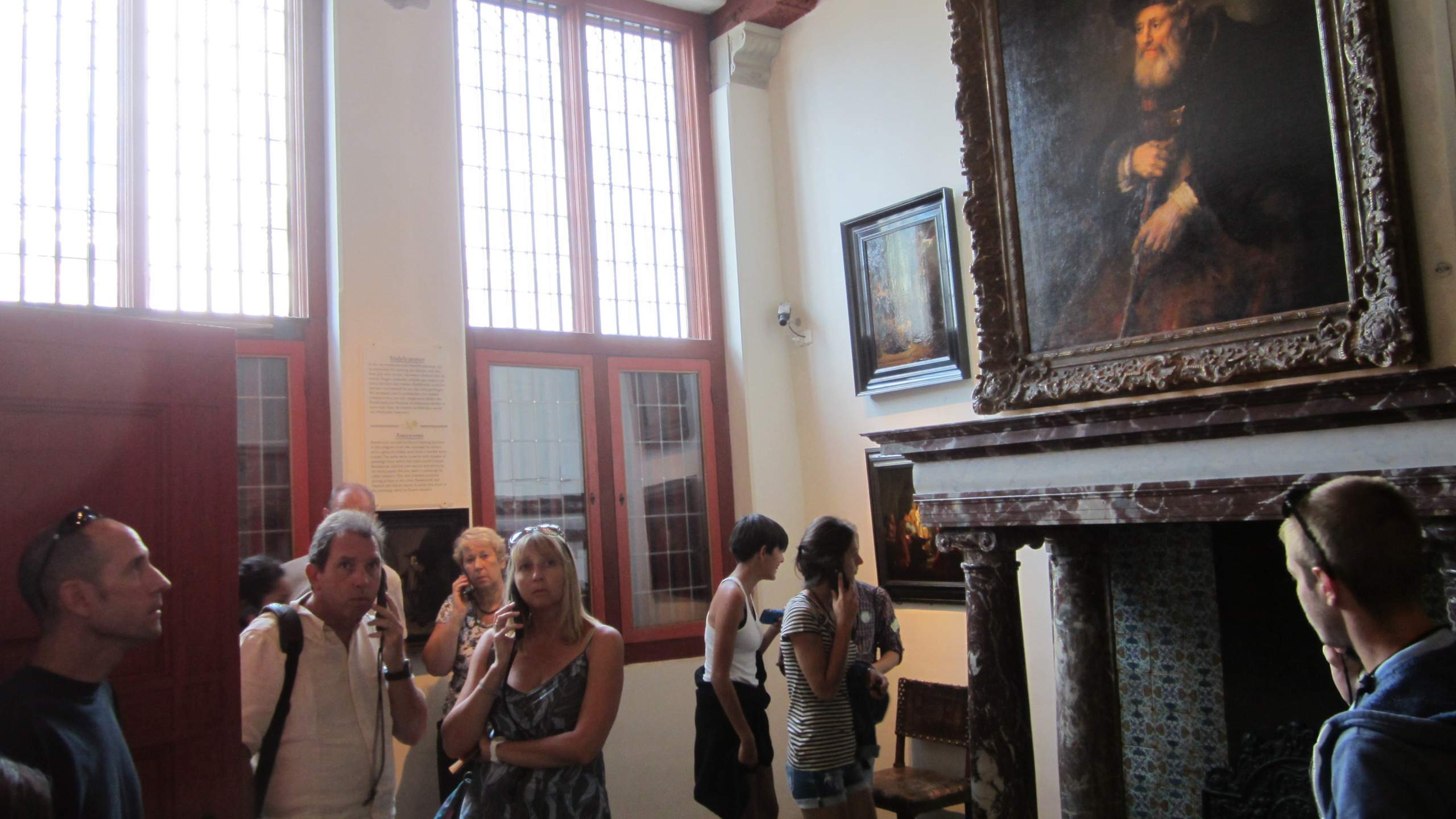 “Starving artist” is a term frequently tossed around to describe someone who has made painting or drawing his chosen profession nowadays. But it surprised me that this term could have been applied to Rembrandt Harmenszoon van Rijn who was held in high esteem even during his time and was commissioned to create masterpieces for very wealthy people. By the time he passed away, he had already lost his house and most of his possessions had been auctioned off to pay his debts.

Perhaps it was a classic case of not living within his means. Maybe it was due to his philandering with mistresses and then getting sued for it; I’m not sure. What did seem clear to me by taking a tour of the Rembrandt House was that before it was repossessed, the Dutch artist had a very nice place to work and crash each night. His taste in art extended to his home, which he decorated with not just his own paintings but works by other esteemed artists of his time.

One good result of his losing his house was that we know what pieces of art and furniture he had in each room from the auction list that was saved. Thus, centuries after Rembrandt was no longer alive, the home was able to restored to period-correctness and be turned into a museum.

He may have died penniless but he had made the world into a richer place for numerous generations later.