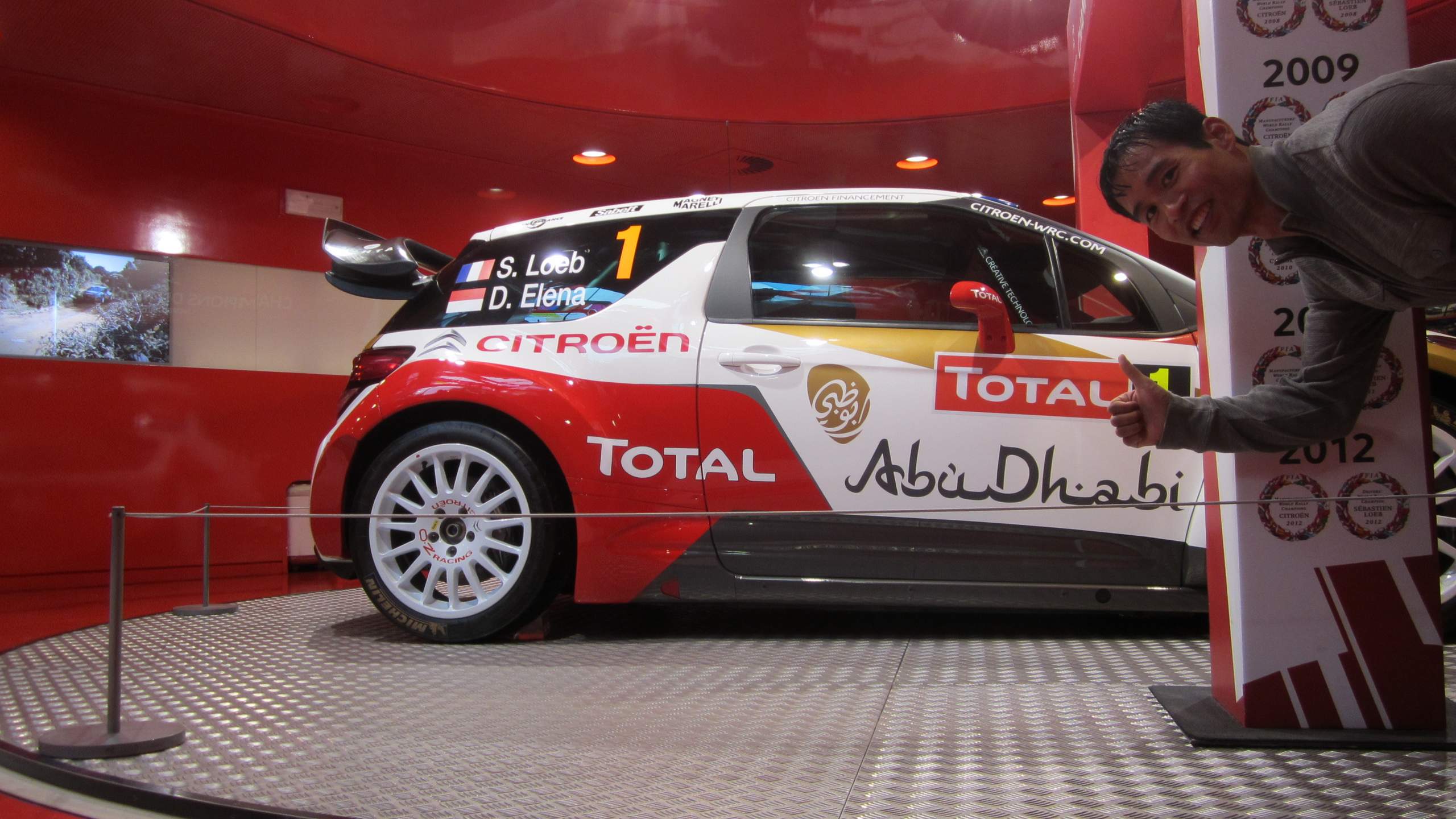 The Champs-Élysées is one of the most famous and commercially expensive boulevards on the planet, but I wasn’t looking forward to visiting it just to stroll through the Addidas, Nike, and other clothing stores. No, I was more interested in another type of fashion, the sort that rolls on wheels: cars. The automotive showrooms on the Champs-Élysées are special and different from the sterile dealerships with shady/pressuring salespeople that you might be used to. They are more like museums.

The first one I visited was for Citroën. It was comprised of six levels, with the basement level featuring a race car (rally car).

Unfortunately, the rest of the levels were decidedly more ho-hum, featuring people-movers more suitable for soccer moms and devoid of the character of, say, a classic 2CV (Deux Cheval). Absent were the cutesy, smallish Citroën compacts that I had seen on the roads all over Europe. The sixth floor, however, at least featured an interesting exhibit: a Maker-Bot 3D printer printing a scale model of one of the aforementioned ho-hum people-movers.

Smaller—but perhaps better—was the Renault showroom down the road on the other side. It too featured a race car, but also a Renault Megane 3-door that looks absolutely lovely. It’s about the same size as a Hyundai Veloster, which happens to be another car whose design I like. I could imagine owning one of these if I lived in France.

More interesting was the Renault Twizy, a car I have actually seen driven in France and Spain. It is even smaller than a Smart Car, but is large enough to transport two people in tandem (fore-aft) seating. It is also fully electric.

Smaller still was the Peugeot showroom. It had a beautiful classic roadster that looked a bit like a Fiat Spider. This is perhaps not a coincidence, because I think it was also styled by Pininfarina. The Peugeot place was just one room.

Then there was the Toyota showroom. Toyota perhaps did the finest job with the space it had (two levels). A race car, a cutaway of an engine, and a FX-86 open-top concept car were all prominently featured. There was also a classic 2000GT on display. In the last decade Toyota has been pumping out primarily appliance-like bland cars like the Camry and Corolla, so it was encouraging to see them promoting (and remembering) their tradition of having a number of sporty cars in their stable.

Last but not least was a BMW center. It is actually located on a side street away from the Champs-Élysées, near Rue de Franklin D. Roosevelt. I encountered it completely by accident. When I was there, the recently unveiled BMW I3 electric car was on display, along with a BMW Z3, M3, and bicycle.

Below are photos of most of the vehicles I talked about above.