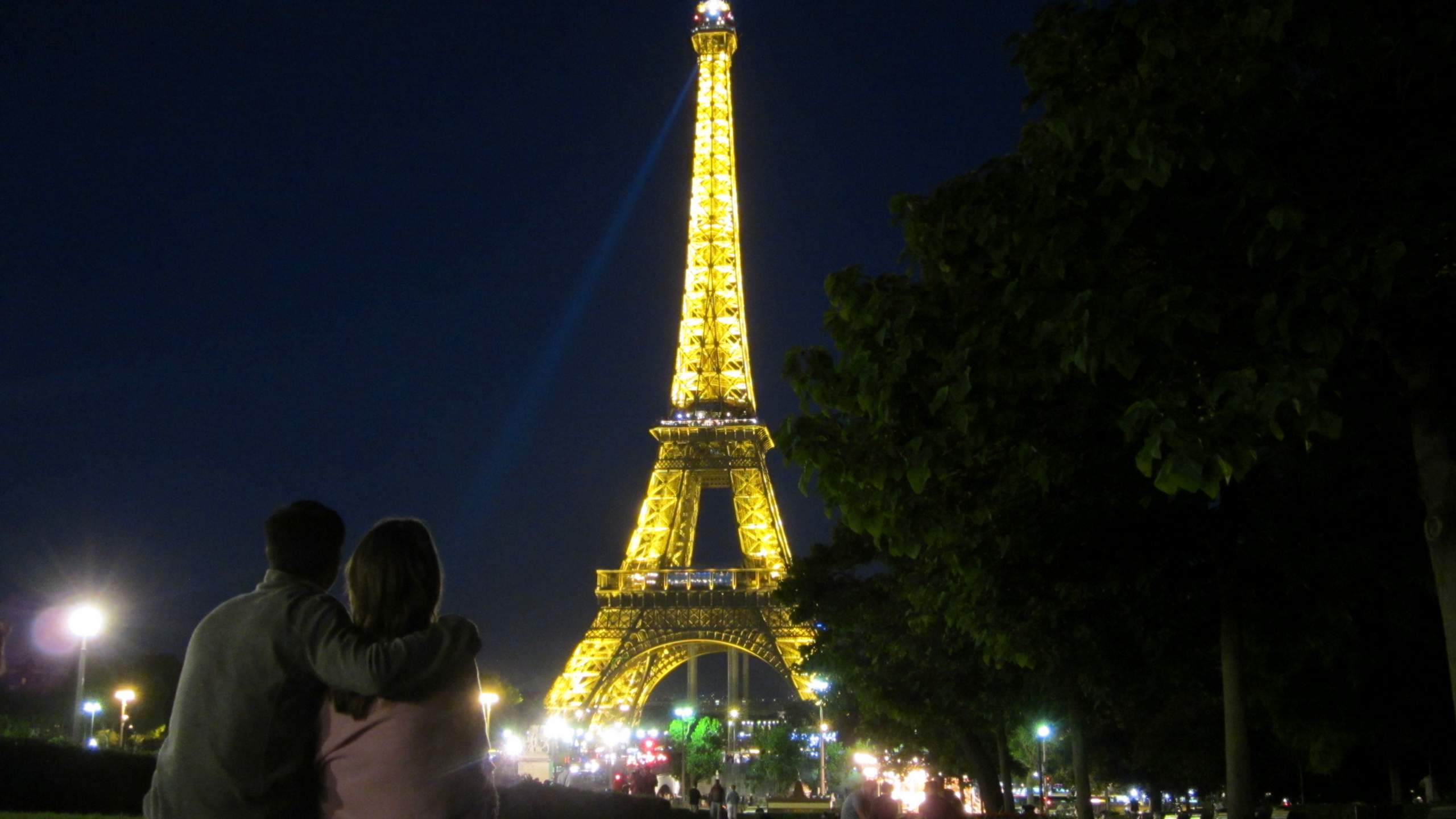 It is hard for me to think of France’s capital city without remembering the chants of children that went, “À Paris, à Paris!” Never mind that was not in Paris but in Brest 380 miles to the west, and that memory is from 10 years ago from when I did the Paris-Brest-Paris bicycle race. This chant went through my head when I had an airport transfer at the Charles de Gaule airport en route to Stockholm, and then again when we actually stepped foot onto this fabled city.

We had a week in the city, so of course Katia and I had visited the Arc du Triumph, the Eiffel Tower, the Louvre, Montmartre, including the Moulin Rouge. But one of my favorite memories from the city was going to the Notre Dame at night, and a solo singer hooked up to a portable singer started singing Hallelujah. Soon the throng of tourists congregated on the steps in front of the Notre Dame, and this man—a musician from Barcelona—sang songs ranging from the Beatles to Bobby McFerrin for an hour. He was very good.

But then a police vehicle came. Apparently, this guy did not have a permit. Happily, the cops did not arrest him, but gave him five more minutes to play. The crowd cheered. We tipped the musician afterward for his great performance, and I tipped my hat (so to speak) for being bold enough to do this. It is often easier to ask permission than to ask for forgiveness.

My other memories include biking around the city on the ubiquitous Velib’ bicycles. Paris pioneered city-share bicycles about half-a-decade after my 2003 visit, and the program is wonderful. The way it works is you can buy a day-pass (online) for unlimited half-hour uses of the bicycles for a mere 1.80 euro/day. You pick up a bike at one of the Velib’ stations by entering the code of your day pass, and then return it at any station you wish. There are stations every four or so blocks, and are easy to spot.

The half-hour limitation is to keep the bikes in constant circulation, and when we needed a bicycle longer for that we simply returned a bicycle before the 30 minutes, waited an addition two or three minutes, and then checked out a bicycle again. If this was too inconvenient, we could have kept the bicycle in our possession for longer, but each additional half-hour accrues an additional 1 EUR charge.

In any case, this was a brilliant program to augment the already excellent metro and bus systems. And walking. Paris is not a difficult city to amble across on two feet, but it is vast and it is much easier to cover ground with the Velib’ bicycles. The bikes even are equipped with fenders, chain guards, and dynamo-powered front and rear lights, so they can be ridden in the rain and at night.

Bicycling, I suppose, will always be associated with Paris regardless of whether the chant of the name of the city remains in my head.