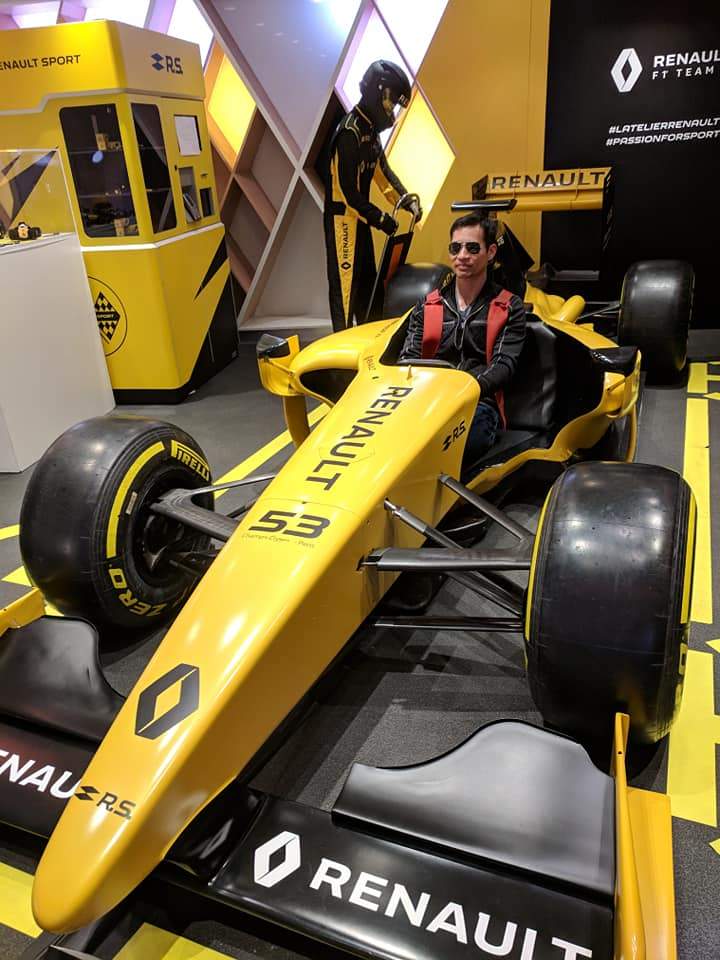 “The Eiffel Tower is iconic, yes,” wrote my friend Angie on Facebook shortly after spending a couple days in Paris with me, “but the fast cars, they’re truly the highlight of my Paris trip hehe. I’m such a dork.

“Thanks to my friend Felix who’s the biggest car dork I know.”

Allegations of car dorkness aside, I did enjoy looking at cars in Paris. Despite the increased automotive globalization that has reduced the amount of forbidden fruit that we do not see in the United States compared to, say, 16 years ago, there are still plenty of vehicles, particularly of the French variety (Citroën, Peugeot, Renault), where you have to travel abroad in order to see.

One of the things I told Angie that we MUST do is visit the automotive showrooms off the Champs Élysées, and to my delight and surprise, she was actually excited to do so. The first (and best) one we found was for Renault, featuring a concept “race car of the future,” interactive Twingo exhibit, a 1898 Type A, a Twizy electric runabout, and a 2019 Mégane R.S. There was also a cutaway Formula 1 car set up expressly for the purpose of taking selfies.

Unfortunately, the other automotive showrooms I have been to in the past, such as one for Peugeot and Toyota, no longer exist. (See my 2013 post entitled Auto Showrooms on the Champs-Élysées for those.) The Champs-Élysées, after all, is home to some of the most expensive commercial real estate in the world.

There was, however, a new D.S. showroom a few blocks away from Paris’ most famous boulevard. D.S. Automobiles is the premium division of Groupe PSA (formerly known as Peugeot Citroën SA) and their vehicles are based off Citroëns. In fact, DS was historically the premium line of Citroën vehicles until becoming a standalone brand in 2015, much like Genesis is now a standalone luxury marque of Hyundai.

The BMW showroom a couple blocks off the Champs-Élysées still is around, but was closed by the time Angie and I got there (2:00 on a Friday afternoon). This is because the weekend before, Paris experienced some of the most violent riots since the late 1960s. Too bad, because we’d love to have checked them out.

Aside from those showrooms, there was plenty of metallic eye candy on the streets of Paris, including those of the Italian and American type. Photos of some of them are below.