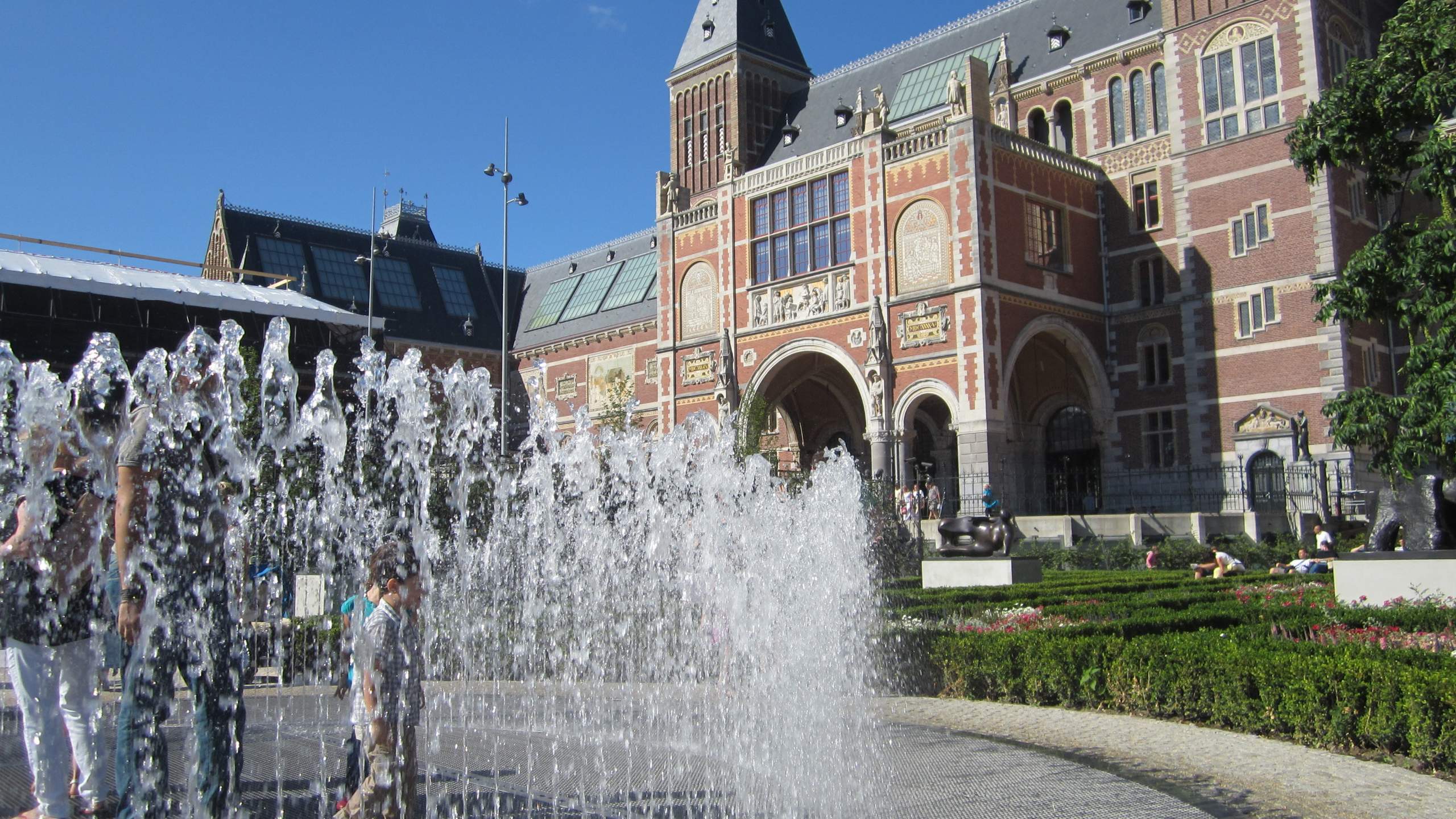 “Rated very highly,” wrote Mike, the very helpful fiverr.com guy whom I paid $5 to help me plan my trip, “the Rijksmuseum has a huge collection of Dutch paintings as well as art from around the world. You’ll see Rembrandt, of course, and Vermeer pieces; there are lots of Asian art as well.”

So Katia and I spent an afternoon visiting Amsterdam’s premiere art museum. Never mind we were unsure how to even pronounce ‘Rijksmuseum.’ (Turns out it is pronounced like “Rick’s Museum.”) It was rather good.

Considering how huge it is, it can be considered Holland’s version of the Louvre or the Prado. And we did see works by Rembrandt and Vermeer, which were impressive in their size, realism, and the emotions they evoked.

One thing I did notice, however, was that all the people in the photos had their lips sealed as if they were trying to keep a secret, even if they were smiling. This is in large contrast to most photos taken nowadays, when people are asked to say the word describing an aged solid dairy product while showing the gleaming whites. Could it have been that 500 years ago it was unattractive to show one’s teeth, much like how dogs only show their teeth when they are angry, aggressive or afraid? Or were their teeth rickety, yellow and unstraight, hence best hidden from view?

I’m not sure, much like how I am unsure how many of the masterpieces inside the Rijksmuseum were any “better” than the many excellent oil paintings displayed at the numerous art galleries in Fort Collins during First Friday Art Walk. Call me an unsophisticated art viewer, as you might.

Yet, I could appreciate that creating magnificent, realistic portraits much like Rembrandt did was not easy, and were especially valuable when no cameras or cell phones existed to capture an image by merely pressing a button. I wonder how Rembrandt would have felt about modern photography.