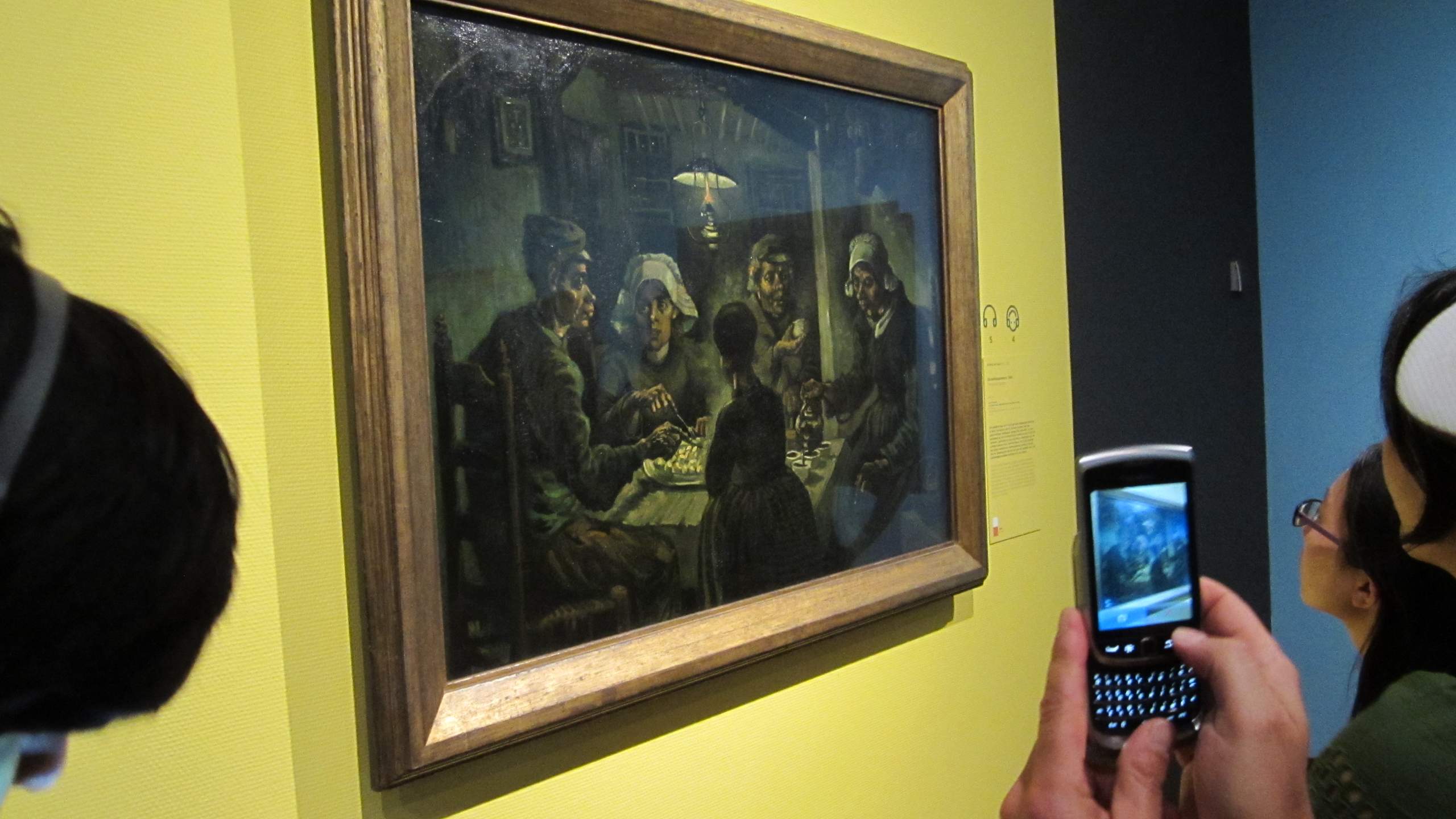 Does brilliant equal bonkers? At least is seems that way sometimes. Think of luminaries such as Howard Hughes, Charlie Sheen and John McAfee and you might suspect that being a genius requires some sort of obsessive-compulsiveness, manic moments or at least Tiger Blood.

The Dutch artist Vincent van Gogh is another example. I love his vibrant, colorful, post-impressionistic works, but his later years were more characterized by mental illness. There was an instance, for example, when after a fight, he lost part of his own ear. No, not to Mike Tyson’s great-grandfather, but to his own hand wielding a knife. He then handed it to a prostitute. If this doesn’t constitute odd behavior, I’m not sure what does.

Nevertheless, I enjoyed meandering through the Vincent van Gogh Museum in Amsterdam. Here I realized I like more contemporary paintings than those trying to replicate real life exactly. I’ve definitely been spoiled by the modern-day camera, which has made realism on canvas almost obsolete.

Below are some of my favorite paintings. I did notice that one of van Gogh’s most famous ones—The Starry Night—was nowhere to be seen. I’d later find out that this is because it has been in the permanent collection of the Museum of Modern Art in New York City since 1941.