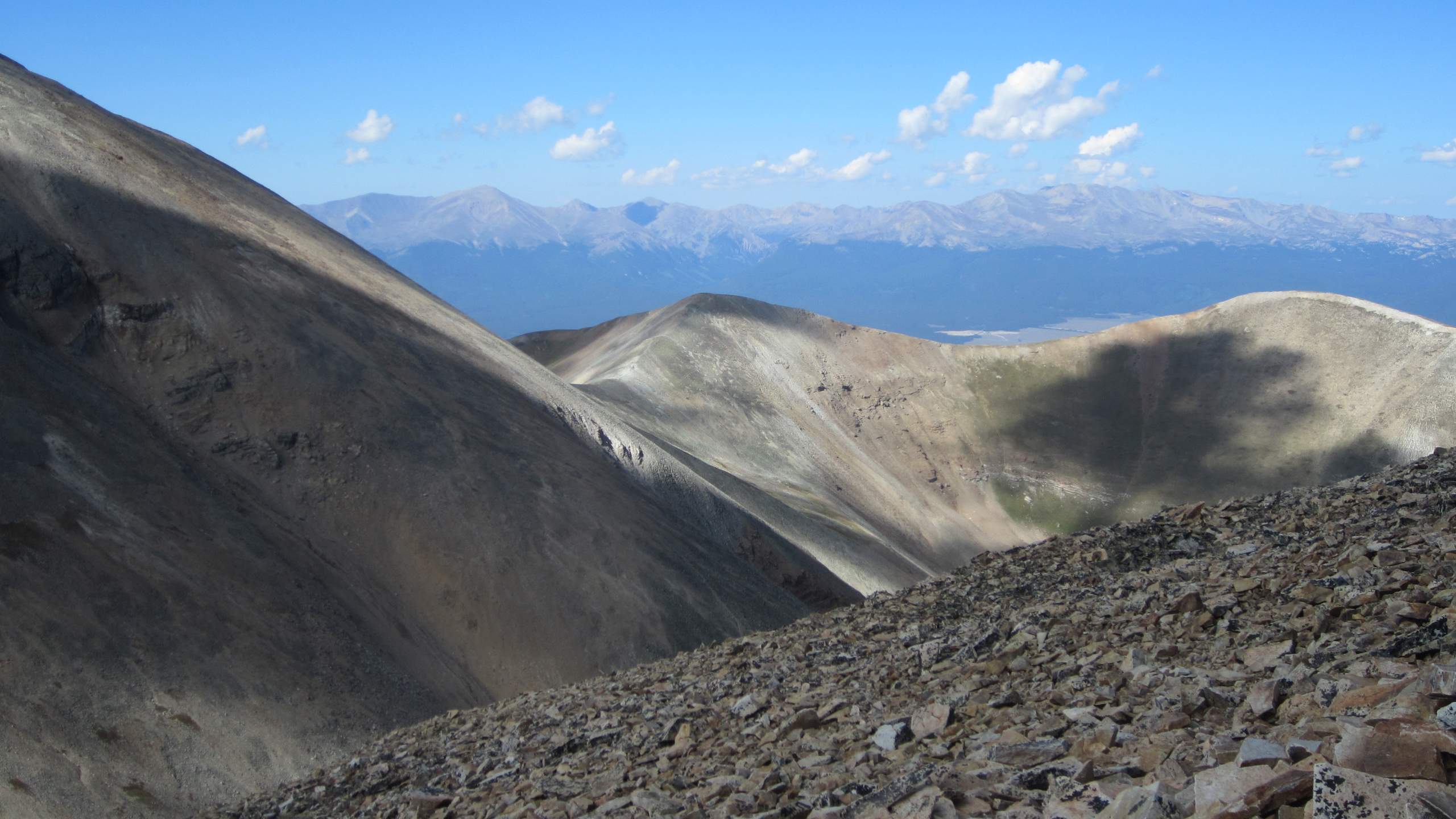 The invitation was a bit of the last-minute sort, the kind of which a friend asks you what you are doing at four o’clock in the morning an hour before your bedtime. But when my friend Diana casually asked while indoor rock climbing, “Wanna climb a fourteener tomorrow?” I did not dismiss the question out of hand with excuses such as “I need to sleep.” Labor Day had already marked the traditional end of summer and my workload was workable, and I was convinced that I should take advantage of all incoming opportunities for outdoor adventures while Mother Nature was still agreeable.

The problem with last-minute plans is sometimes certain details fall through the cracks like, say, “meet at my house at 5:00 a.m.” results in me ringing the doorbell of a completely unfamiliar shirtless man’s apartment at that ungodly hour, since my friend did not mention that while I was on vacation in Europe, she had moved. And with the haze-inducing middle-of-snooze wake-up time, I had forgotten my phone at home. So after motorcycling over to the aforementioned Naked Man’s place, then rushing back home to grab my phone, and then motoring over to the correct rendezvous point, the sun was already up: 6:00.

And it would be another three-and-a-half hours to the gravel road at the base of Mount Sherman, whose peak was a mere 43 feet above 14,000, but at least another friend—James, who recently hailed from Chapel Hill, North Carolina—was doing the driving. Then we had a few hours to enjoy the 5.2-mile round-trip hike up and down over rocky trails and scree past abandoned mines. At the top our group—along with a couple dozen other folks simultaneously—were offered sweeping views of other mountains in the distance and the town of Leadville (“highest incorporated city in the United States”) beneath us to the west.

We were safely down the mountain well before any weather-related drama could unfold, and back in Fort Collins by the early evening with just enough time left for me to check out a few cars at the annual Old Town Car Show.

Waking up at dark o’clock was well worth it, enough that I’d do so again the following morning for yet a different type of adventure.

It's hilarious that you were at the wrong house ringing the doorbell at 5 AM. Good thing the resident did not invite your indoors. That would have been really awkward! ↩ Reply

I'm really glad the Naked Man was not an Angry Man. :) ↩ Reply