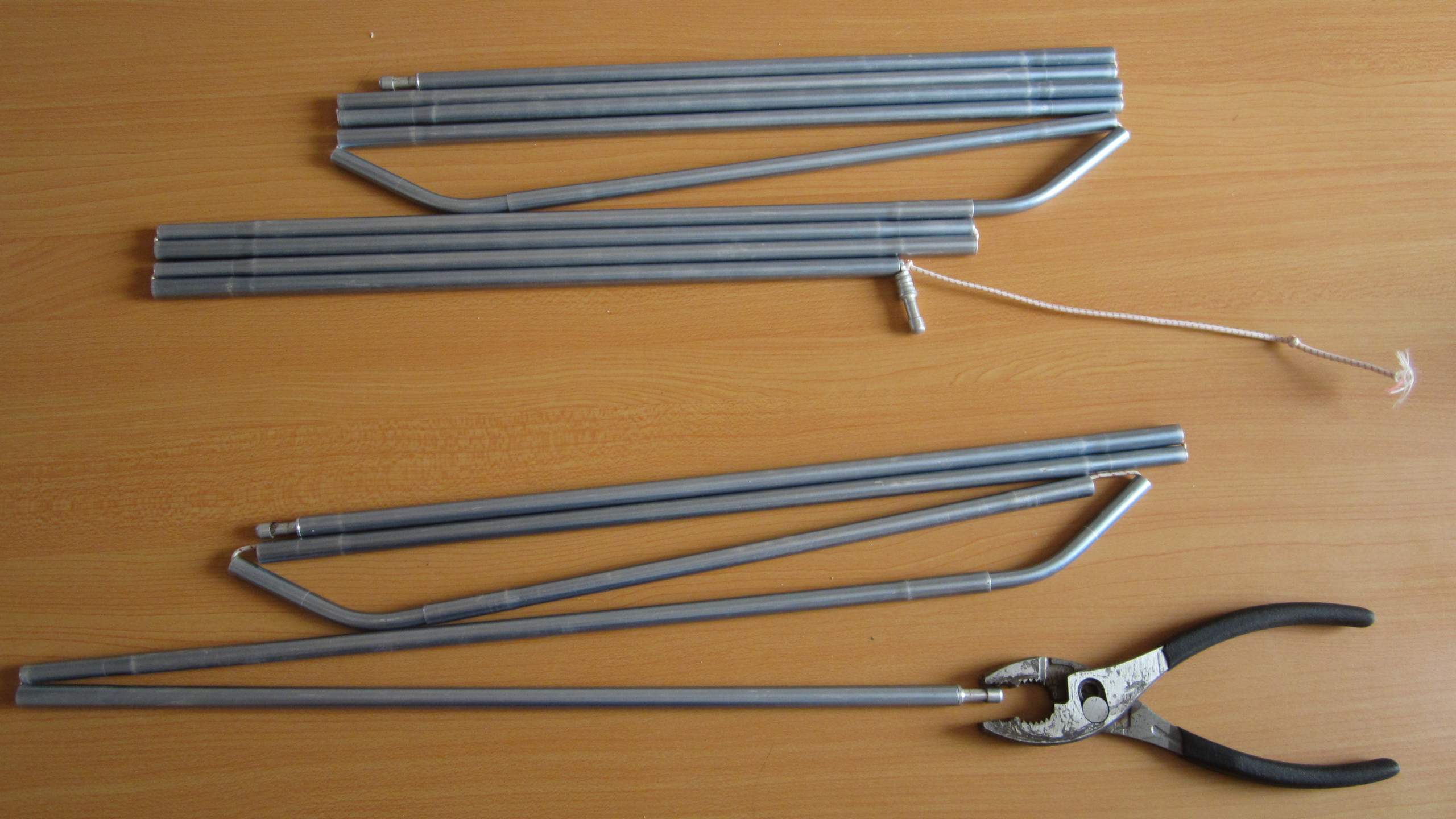 How did you pull out the end rivets? I have the same tent and I could not get the river out. I used two pliers and pulled as hard as I could. ↩ Reply

I was able to pull the ends straight out, but you may find it easier to twist them out. ↩ Reply

Just did mine. They twisted out. Thanks for the quick and easy tip!! ↩ Reply

Glad it worked for you, Brent! ↩ Reply

Felix - thanks for the tip, you saved me a trip to REI! ↩ Reply

That's so funny. I just went camping to days ago with my tent (same model) which had been stored in its bag for at least 10 years. I did not check the tent before leaving for my trip, and when I noticed the problem with the cord, I was worried because it was getting cold and dark, and I really needed the tent. I fixed it the same way you described. I was just starting to do my research for a replacement cord, but after reading your article, I think I'll just leave it as it is. Thanks! ↩ Reply

Haha, we had the same idea! I seem to need to shorten the cords every few years since they stretch or lose elasticity over time. But otherwise, they are still working! ↩ Reply