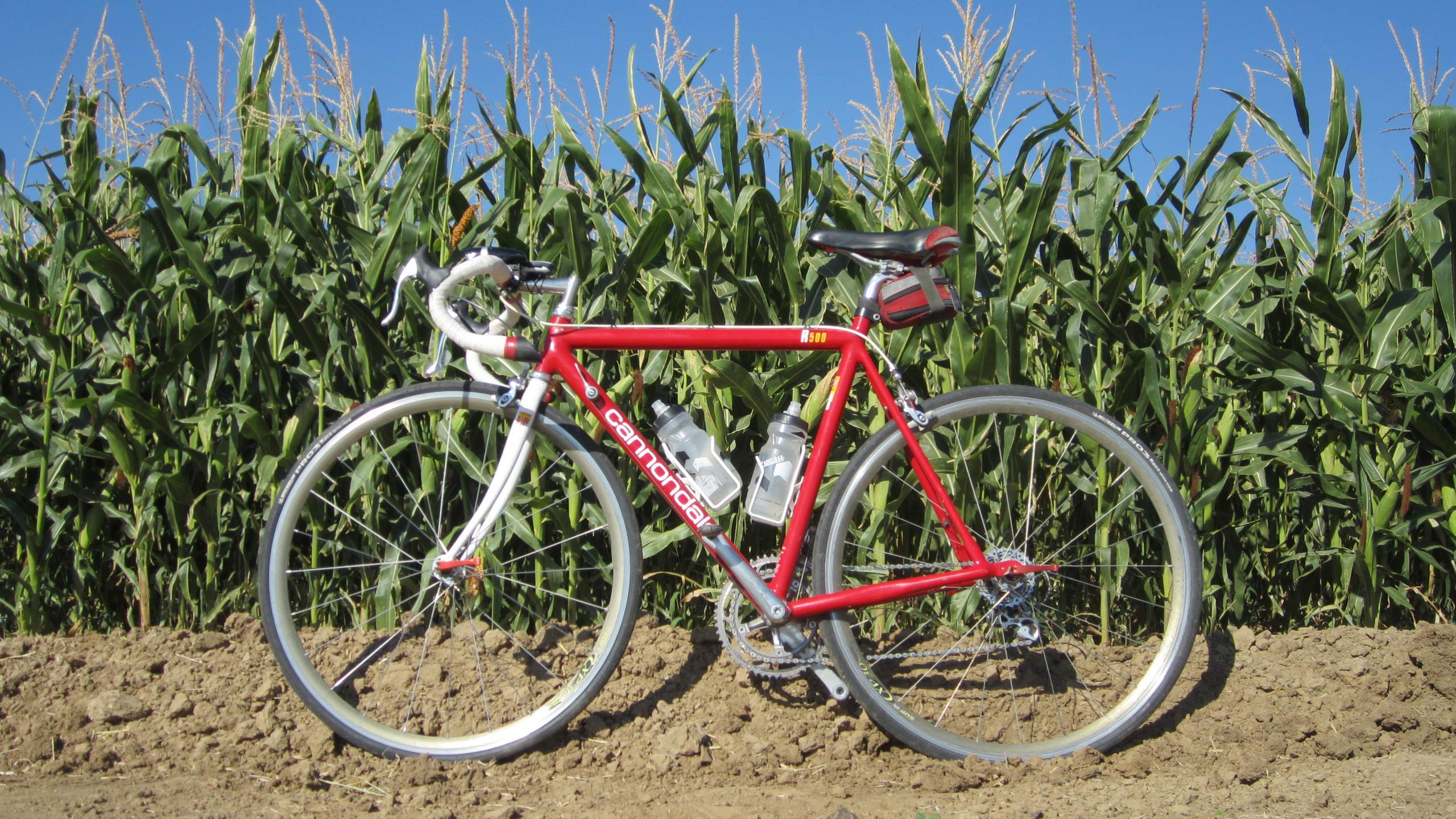 I was 80 miles into this impromptu 200-mile, self-supported bicycle ride, but the last 2.5 miles seemed longer than the last 20. Riding on two completely flat tires in wide-open, 90-degree air will do that to you, I guess. But as my now-hard-as-a-rock wheels rolled into the parking lot of Shalom Bikes in Frederick, Colorado (population: 8,700), my gaze settled downward, my lower lip protruded outward.

But how did I—a veteran of dozens of double centuries and ancien of even longer self-supported rides—get into this predicament in the first place?

First, I should back up as to why I’d wake up at 4:00 a.m. for the second consecutive day on this September Sunday while most people would have been perfectly content waking up about five hours later and go walking 200 steps to watch American football on the tube. My annual double century streak was on the line. I had attempted to continue the streak before my European vacation by riding the recumbent to Walden and back—but since I encountered a storm that caused me to hunker down in a KOA cabin overnight, I concluded that I could not quite count that as a double century. And since I got back from the Old Continent in September, the amount of daylight hours and the inches of mercury on a thermometer were only going to be on a dwindling trend. The sweet melody of Elvis Pressley’s It’s Now or Never might as well have been bouncing within the mushy grey matter inside the brain.

Then, the night before while prepping my beloved Cannondale 3.0 (just a week away from our 20-year anniversary!), I miscounted the number of unused CO2 inflators packed in the roadside-repair saddlebag. I also ignored the voice in the back of my mind that said I should throw a mini-pump into my jersey pockets “just in case,” and had inconveniently forgotten to check that I had a presta-to-schrader valve adapter (useful for inflating tires with gas station-provided air) in the aforementioned seat bag. The U.S. Boy Scouts, no doubt, would have pointed their fingers straight at their cabin’s door and directed me to take the next bus home, but only after writing a giant ‘F’ on a piece of paper to hand to my parents for violating their first and foremost motto.

To say I was a wee bit unprepared after a fourth goat-head had penetrated Canny’s Michelin Pro 3 Race Road tires would be a bit like saying the Titanic didn’t have the optimal number of lifeboats, or that Countrywide Loans hadn’t sufficiently considered what could happen if houses prices actually went down.

Whatever the case, I had to find air. So I backtracked a couple miles to an Ace Hardware on the still-deflated two flat tires, ran into the store, and discovered it only carried big-ass bicycle pumps with Schrader valves. I went outside to the street and after putting in unpunctured spare tubes into my tires, sat underneath a tree and waited. This being Colorado, I figured, it was only a matter of time until another cyclist came by who had a pump I could borrow.

It was probably 20 or 30 minutes when a guy name Chris and his son Joey came rolling down a paved trail in my direction and stopped at a bench 100 feet away from me. Flipping his mountain bike upside-down onto its handlebars and seat, he then proceeded to flick multiple goatheads out of his knobby tires, and then vigorously pushed and pulled on a black tubular object connected to his tire’s valve stem. He had a pump! I walked on over.

“We’re not having the best of luck with flats today, are we?” I asked. He graciously allowed me to use his ride-saving tire inflator, all while explaining that his Slime-filled tires picked up more than half-a-dozen of nature’s thumbtacks while riding off-road with his son. They were only a mile away from home. In contrast, I remarked, I was from Fort Collins a good 40-50 miles away. “Good luck,” he wished me as I rolled away. He had saved me.

But only for about 10 minutes. Groan! I had only gone two miles when the front tire picked up yet another goat head. Shortly after that, I stopped by a Subway to order a sandwich, drink Coke, and assess my options.

The nearest bike shops, according to the trusty Nokia Lumia Windows Phone, were nine miles away in Longmont. There were three of them, meaning that at least one of them should be open. Nine miles was an awfully long way to ride on a flat tire, but doable. Somehow it seemed preferable to knocking on the few residential doors that were around, trying to find a pump for a roadie. It also seemed better than inconveniencing friends a whole hour’s drive away from coming to rescue me.

So I chugged along. Obviously, I could not go at a very fast pace, but it was encouraging that I was able to maintain speeds attainable by my 41-lb. Huffy. An hour later, I had found Small Planet E-Vehicles of Longmont. Thankfully, it was open.

The store had no CO2 inflators or a presta-to-Schrader valve adapter, but it did have one (yes, only one) 700×23 tube to sell me along with a floor pump to loan. I borrowed the latter, fixed my flat, and inquired about the other bicycle shops in town. “They’re closed,” the shop’s lone salesperson replied. Ah, well, I had air now. I crossed my fingers for the next few hours that I would not get another flat tire en route to Fort Collins.

I didn’t and by 5:50 p.m. I was at Chez Félix. Phew! But I had only gone 135 miles thus far. So after packing a couple more extra spare tubes, a valve adapter and mini-pump, I was out the door again, intent on riding another 65 miles to finish the double century.

My legs were weary and a southerly wind did not help matters as I headed north towards the Rawhide Power Plant near the Wyoming border. Then it got dark, but only after I had already looped around south and now had a tailwind. With 30 miles to go and passing services in Wellington, I decided that I needed more calories if I was to finish this in relative comfort. I stopped by Mickey D’s for a medium strawberry shake. Another 15 or 20 minutes later, I was on my way again.

At Mile 179 I passed by my house again but did not stop. Instead I proceeded to Bingham Hill in LaPorte and then rode back home in total peace and darkness (except for the bluish-white tint emanating from my LED lights) along Cache la Poudre River while humming tunes of the 1960s. It wouldn’t occur to me that in the subsequent days, the Poudre would start to overflow in an amazing rage after receiving the most rain I’ve witnessed in my life, an event described as a 500- or 1000-year flood.

Tragedy and chaos in Northern Colorado ensued and my thoughts go out to all the victims. I am really glad I persisted and finished that 200-miler, however, because in hindsight, that Sunday truly was the best day weather- and daylight-wise to do the ride after returning from Europe even as unprepared as I was.