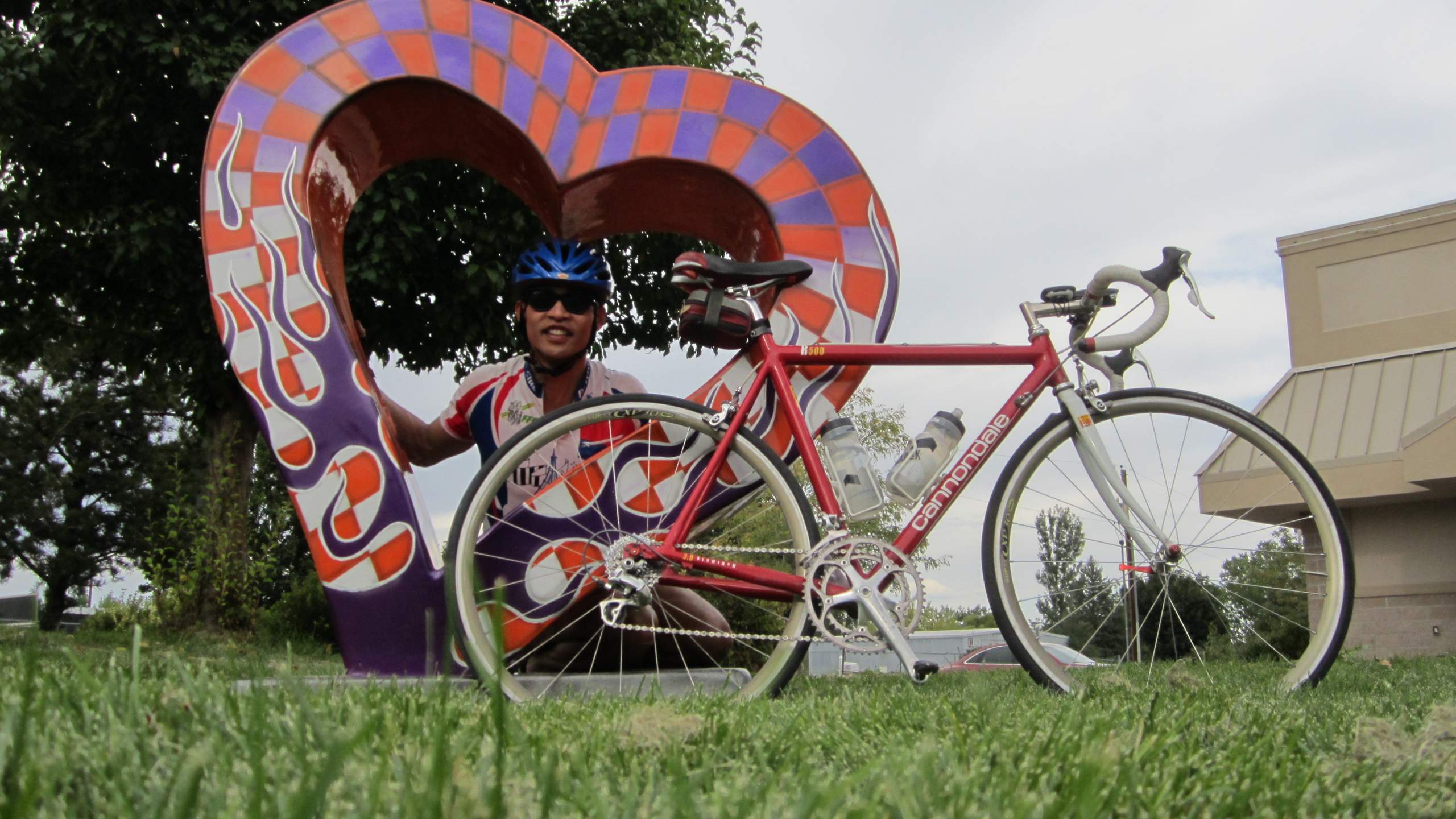 I remember the amused reaction my friend Stacey had when I had congratulated Alyssa on Bryan on being married for sixteen years.

“Haha, he just compared your marriage to his relationship to his bike,” Stacey joked. I guess I deserved that sort of response after blurting out, “Wow, you’ve been married almost as long as I’ve had my bike!”

That was several years ago. Today—September 16, 2013—is exactly 20 years after I found my faithful Cannondale R500 on the showroom racks of Noe Valley Cyclery in San Francisco. She was a left-over 1992 model and I purchased her brand new using funds from a high school summer job. Her purchase price was $599. [See Canny’s original specs.] This was very reasonable for a state-of-the-art, race-ready bicycle with the exact same 3.0-series frame as on the $2300 Dura-Ace-equipped Cannondale SR2000, but was a princely sum for a guy whose existing two-wheeled steed was a $5 Sport Crest garage sale special that had spontaneously exploding 27-inch tires.

Nevertheless, it was likely the best material investment I have ever made. She ended up not only shuttling me around to my classes at Stanford University, but took me up my first mountain roads, time trials and hill climbs, countless centuries and double centuries, and epics well into ultra-endurance classification.

While during the 20 years I have replaced literally every part except for her frame, fork, handlebars, and left downtube shifter, her heart—that computer-aided designed aluminum frameset—has managed to escape serious injury or scarring. In fact, during a low-key time trial out here in Fort Collins a few years ago, a friend asked if she was new! Even though she doubled as a commuter bike the first few years, I took good care of her, stashing her in my dorm room, often keeping her secured to my bed.

She was hence by my side during good times, bad times, all-night study marathons, and yes, many human relationships.

Since September 1993, we have rolled over 32,551 miles of roads together. That isn’t a huge amount for 20 years, but is in fact more miles than I have driven on all but one, or maybe two of my cars.

Of course, we’ve had many adventures together. The ones that stand out most in my grey matter include some local centuries with my first biking buddy, Ken, during the formative years. From later, I still vividly remember the California Triple Crown Stage Race, when I became the youngest rider ever to finish this grueling series; cresting snow-covered Mount Hamilton in California’s hilliest double century; surviving torrential rain in a sleepless 600-kilometer brevet in Northern California; and of course, the grand-daddy of them all, Paris-Brest-Paris.

The adventures continue to this day, as evidenced by last week’s Wellington-Flats 200. And despite the other bikes that take up space in the Garage Mahal, she remains my favorite.

Happy anniversary, Canny! And may Alyssa and Bryan be celebrating their 20th in another year or two as well.

Potential upgrades for the future

I suppose any 20th anniversary warrants a gift. Below are a few items I am considering getting Canny in the near future. They will be a bit belated but, as always, she is a patient one.

I’ll probably upgrade the other components as they wear over the years. If you have any specific suggestions, please leave a comment below.

Great looking bike. I picked one up last summer and fixed it up a bit as it is a fun ride. ↩ Reply

Thanks, Steve for stopping by my site and for your comment. It's always great to hear from another Cannondale owner. I'm glad even the old ones are still being enjoyed and appreciated! ↩ Reply