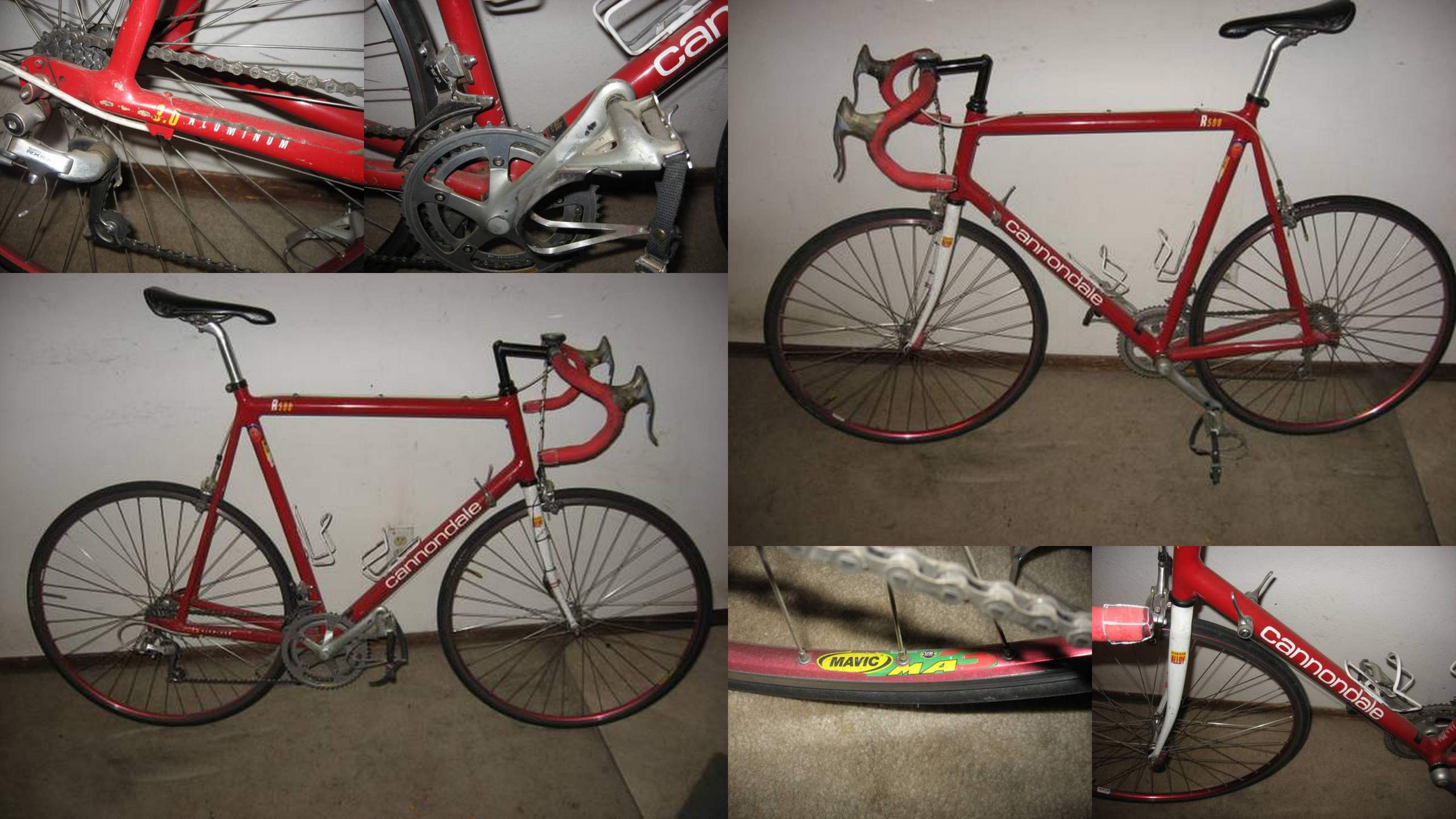 After being one of the early pioneers of oversized aluminum bicycles, Cannondale had been steadily churning out their coveted handcrafted alloy frames from Pennsylvania since the 1980s (until 2009). So it shouldn’t exactly come as a shock that Canny, my faithful 1992 Cannondale 3.0, has lots of siblings. But it still warms my heart to find out shortly after our 20th anniversary that there is yet another red and white R500 of the exact same vintage out there in the wild. Not only “out there,” but right here in my hometown of Fort Collins. It was like when Jessica Alba’s Max character in Dark Angel discovered that she wasn’t the only genetically enhanced being with a barcode on her neck in Seattle.

Actually, I think I had spotted Canny’s virtual twin before at least once, maybe twice, in the Fort. Once was during the Tour de Fat, I think. It was pretty hard to not notice or forget about the bike due to its unusual frame size: 60cm (vs. my bike’s 53cm).

So it figures that this was probably the same bike that is currently now on Craigslist and is depicted in the photo collage above. And unlike Canny, whose frame, fork, handlebars and left downtube shifter remain her only OEM parts, this Cannondale for sale looks largely original except for the tires, handlebar tape, brake pads and saddle. The RX100 components, black quill stem, Shimano pedals with toe-clips and straps, and 7-speed drivetrain are still there.

One interesting thing is that it has a RX100 double crankset instead of the triple that Canny came with. It also has Mavic MA3 red-anodized rims, whereas my bike came with Mavic MA2 silver-anodized ones.

I dropped the owner (Bill) a line just to say “we have the same bike,” and he e-mailed back:

Felix, thanks for the note. Too bad Canny doesn’t need a tall stablemate, I would love to see her go to a loving home. A great bike, also my first “real” high end road bike. Also bought as a left over at Golden Bear Bicycles in Broomfield.

It seems that this bike is a native Coloradoan, then. And while his asking price may be a bit optimistic ($495), at least he still sees a lot of value in the ‘dale much as I do mine.

But at least for now, there are two red and white ’92 Cannondale R500s residing in Fort, and it makes me wonder if there are any more.