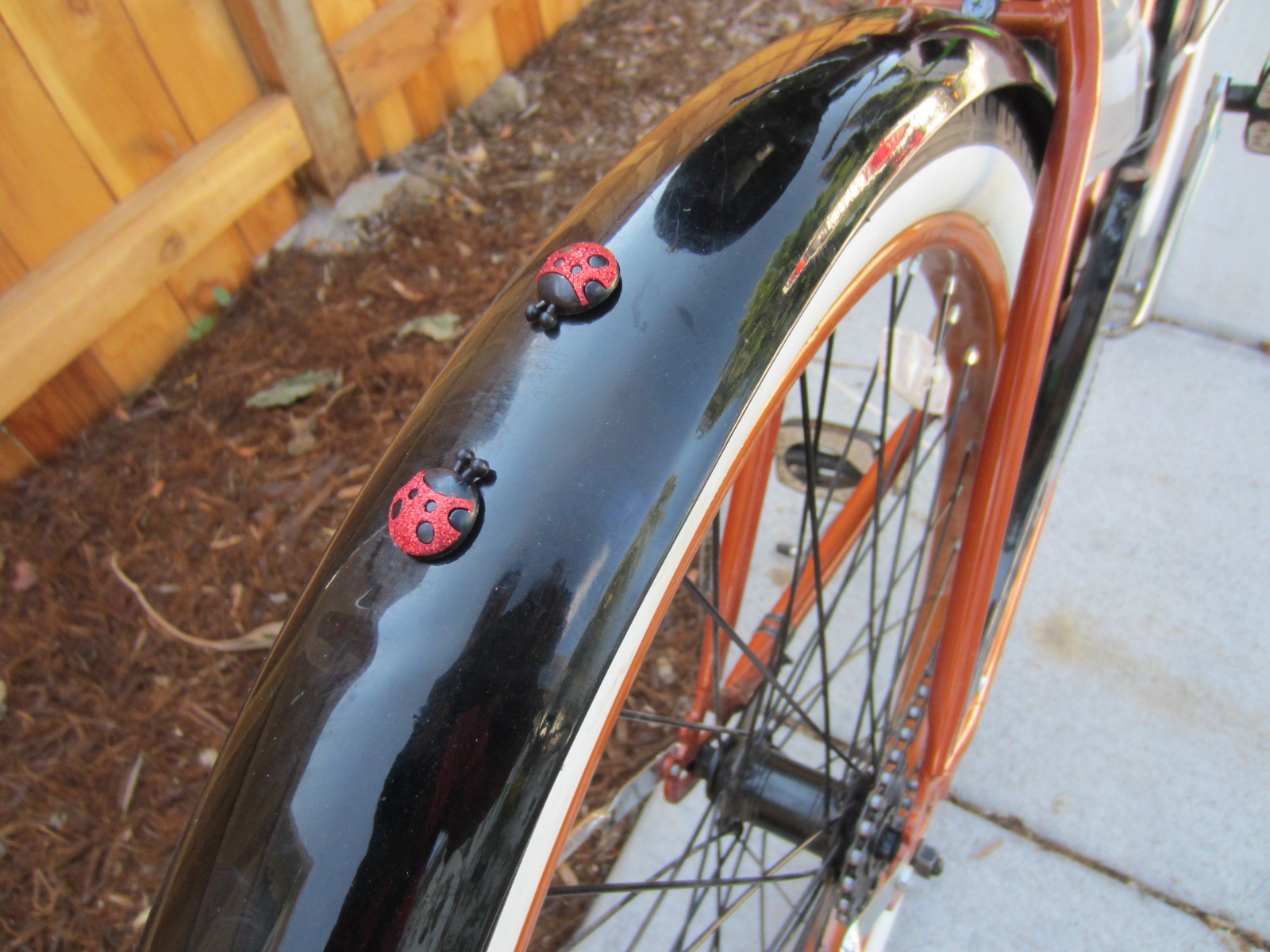 In 2007, there were about 4,000 partyers participating Tour de Fat—and the organizers already thought that was enough for an official record for world’s largest bicycle parade. Five years later, the event has grown by not two or three times, but five times: 20,000!

I was sitting on my butt last year and didn’t attend, but this year I came donning black dots on a red top and antennae. Yes, a ladybug. Note this was not my idea, but rather, Karie and Charis’. Karie had invited many friends from the San Francisco Bay Area—including some who had come to Costa Rica with us last year—to attend this event over Labor Day. When combining all of them with Chris and Charis’ kids and some more of Charis’ friends, we had a whole ladybug brigade of 13.

We weren’t the only ones on the course, either—I saw at least three others. “They should join us,” I mused at one point. We also ran into several other insects including bumblebees and grasshoppers.

Even though there were so many thousands of folks along the course in disguise, I encountered many people I knew—folks who, thankfully, spotted me first since I am terrible at picking people out from a crowd. This included Cathy, Libby, Ginger, Alan, Mindy, Scott, Celeste, and Leora (I think).

“How in the world did I recognize you?” asked Cathy after jumping out of a crowd and shouting my name. I have no idea, but good thing she did since there is no way I’d have recognized her.

Below is a photo with Cathy. “This will surely make Kermit jealous!” she wrote when sending me it. Sorry, Kermie.