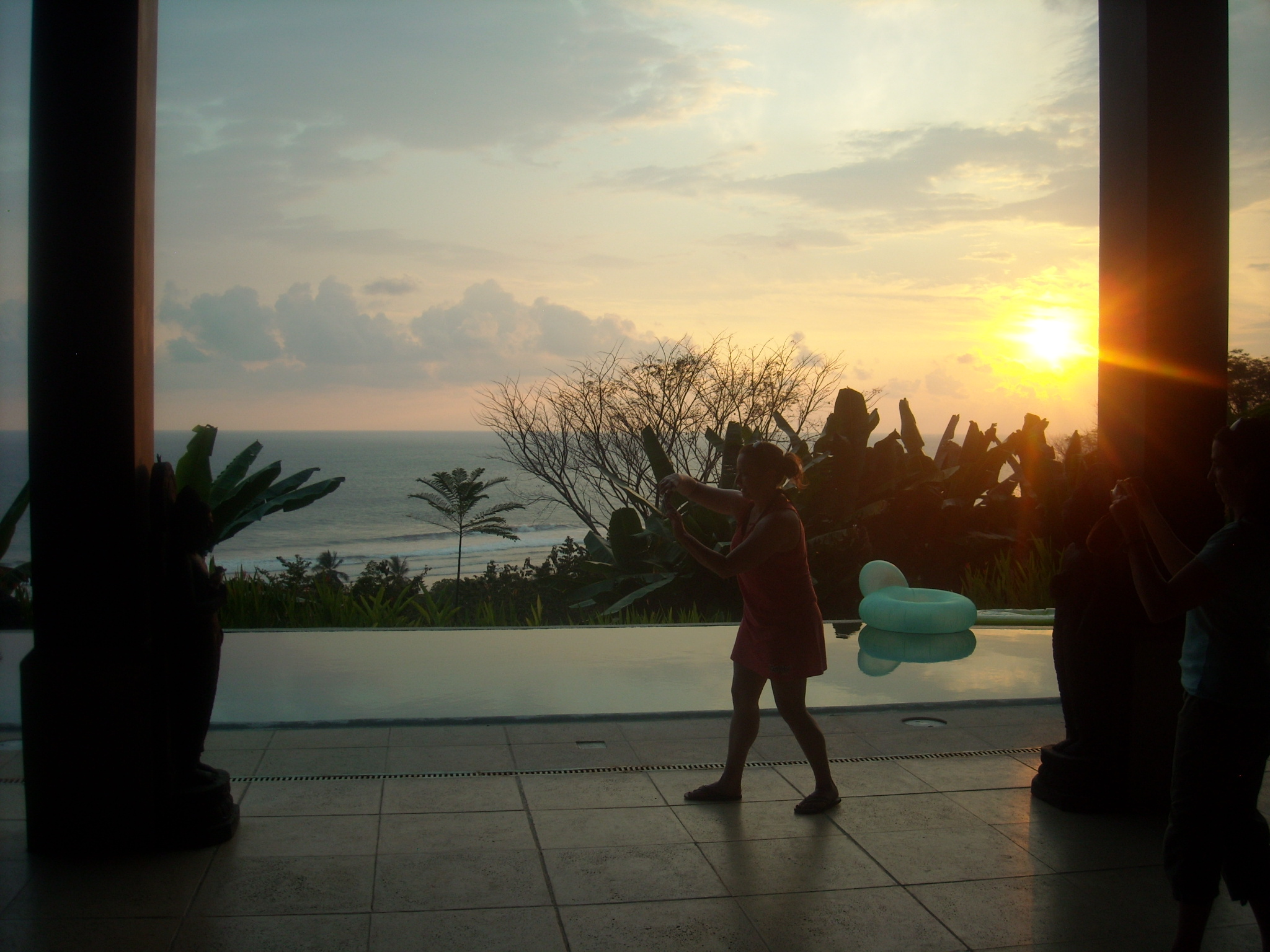 It did not seem very long ago that I was in a warm, Central American country where friendly locals were jabbering away in Spanish—and indeed, I was in Guatemala only a few months ago. But that trip was principally to do volunteer work while staying clear of drug-fueled violence and men toting machine guns, whereas this trip—a spring break in Costa Rica—was mainly to relax under a hot sun with good friends. In a 6,500 square foot villa overlooking the beach in the small Pacific coastal town of Dominical.

The latter was most generously provided by Charis’ mom Karie, a super successful former executive of a well-known tech company in Silicon Valley who also managed to write a best-selling book, found a start up company, and flip the said company all within the last couple years. Her stipulation for this vacation was “if you can just get yourself down here, you will be taken care of” and with those terms, it was pretty hard for Raquel, Tori and me to resist. The same was true for Charis and her kids, her friend Brad, and Karie’s friends Barbara, Rick and Sharon.

So the first week, we lounged around the salt-water pool—at least while we were not doing down-dog in front of an über-toned yoga instructor named Kelly, or getting a rubdown by a masseuse who in her accented English had no qualms about proclaiming that I had “strange muscles,” or eating fillet mignon or lobster prepared by local chefs who for an extremely reasonable fee of $55 bought groceries and cooked food for the 11 of us at the villa. All of these people were brought in by Karie, who by now it should be obvious is a candidate for Coolest Mother Ever.

We also interrupted our sunbathing with a few local eco-adventures including zip lining and kayaking, and in the case of Raquel and I, running The Super Steep Hill That Even The über-Fit Yoga Instructor Had To Walk Up. Nights included a bit of champagne, wine and some pear vodka that sounded better than it tasted. And tequila. Too much tequila, actually. At least I stayed mostly sober on the night of the Supermoon (the largest full moon in the last 18 years), which just so happened to be the one-year anniversary for my girlfriend Leah and me. (She, sadly, could not come with me to Costa Rica, but at least we got to see the same moon simultaneously.)

The second week—after Karie and clan had to return to the States—Raquel, Tori and I headed to the Caribbean side of Costa Rica, which is the subject of another post.

There is a common response locals give to questions such as “¿Cómo estás?” (“How are you?”) or “¿Qué pasa?” (“What’s happening?), and that is “Pura vida.” Literally, this translates to “Pure life.” I suppose that is one way to describe luxuriating among the singing cicadas and the crashing Pacific waves in Costa Rica.