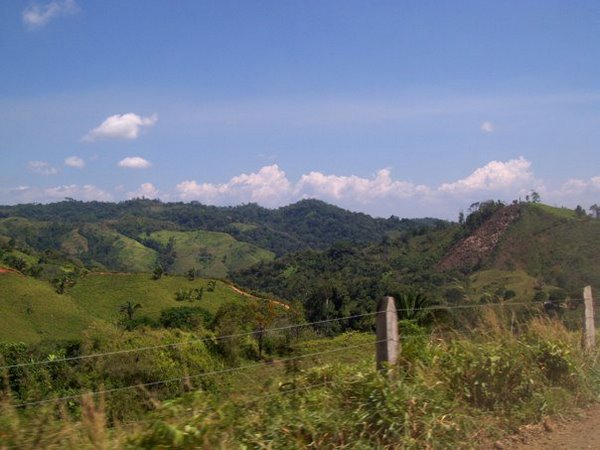 Considering the revolutions, coups and civil wars of the 20th century—e.g., Russia, Cuba, Iran—it’s hard for me to have much optimism for the outcomes of the uprisings Domino-ing through the Middle East right now. History books are filled with stories of power-hungry men being overthrown by other power-hungry men and ineffective governments being replaced by equally ineffective governments, so I’m not holding out much hope that today’s revolts will bring about immediate, or long-lasting, peace and change for the locals or the world.

This is not to say it can’t be done. There is at least one country that seems to have had revolution “done right.” Interestingly, it is located in a region of the world (Central America) which, in the last few decades, has been known for brutal civil wars and ongoing drug violence. This nation is Costa Rica.

According to Wikipedia, six decades ago Costa Rica had a bloody revolt following a disputed presidential election. The outcome, amazingly, was brilliant.

In 1948, José Figueres Ferrer led an armed uprising in the wake of a disputed presidential election. With more than 2,000 dead, the resulting 44-day Costa Rican Civil War was the bloodiest event in Costa Rica during the twentieth-century.

The victorious rebels formed a government junta that abolished the military altogether and oversaw the drafting of a new constitution by a democratically elected assembly. Having enacted these reforms, the junta relinquished its power on November 8, 1949, to the new democratic government. After the coup d’état, Figueres became a national hero, winning the country’s first democratic election under the new constitution in 1953. Since then, Costa Rica has held 13 presidential elections, the latest being in 2010. All of them have been widely regarded by the international community as peaceful and transparent.

Without a military, you might think that this country would be picked on by its neighbors or that anarchy and civil rife resulted internally. But this was hardly the case. Instead, the country has become one of the most developed and peaceful countries in Latin America. It has also been recognized for its commitment to the preservation of its environment and beauty.

Costa Rica, which means “Rich Coast”, constitutionally abolished its army permanently in 1949. It is the only Latin American country included in the list of the world’s 22 older democracies. Costa Rica has consistently been among the top Latin American countries in the Human Development Index, ranked 62nd in the world in 2010, and is cited by the UNDP as one of the countries that has attained much higher human development than other countries at the same income levels. The country is ranked 3rd in the world, and 1st among the Americas, in terms of the 2010 Environmental Performance Index.

In 2007 the Costa Rican government announced plans for Costa Rica to become the first carbon neutral country by 2021. According to the New Economics Foundation, Costa Rica ranks first in the Happy Planet Index and is the “greenest” country in the world.

Its people even seem healthy and happy, and that at least some of the money saved from not having an army is invested in health and social services. A Costa Rican’s life expectancy edges out that for citizens of the United States (78.8 years vs. 78.3 years):

The World Bank estimates that the life expectancy at birth for Costa Ricans at 2008 is 79 years, a figure unchanged since 2005. The Nicoya Peninsula is considered one of the Blue Zones in the world, where people commonly live active lives past the age of 100 years.

In 2002 there were 0.58 new general practitioner consultations and 0.33 new specialist consultations per capita and a hospital admission rate of 8.1%. Preventative health care is also successful. In 2002, 96% of Costa Rican women used some form of contraception, and antenatal care services provided to 87% of all pregnant women. All children under one have access to well-baby clinics and the immunization coverage rate in 2002 was above 91% for all antigens. Costa Rica has a very low malaria incidence of 48 per 100 000 in 2000 and no reported cases of measles in 2002. The perinatal mortality rate dropped from 12.0 per 1000 in 1972 to 5.4 per 1000 in 2001.

Costa Rica has been cited in various journals as Central America’s great health success story. Its healthcare system is ranked higher than that of the United States, despite having a fraction of its GDP. Prior to 1940, government hospitals and charities provided most health care delivery. But since the 1941 creation of the Social Security Administration (Caja Costarricense de Seguro Social – CCSS), Costa Rica has provided universal health care to its wage earning residents, with coverage extended to dependants over time.

By the year 2000, social health insurance coverage was available to 82% of the Costa Rican population.

Maybe there is hope for the Middle East after all. I will try to be optimistic.