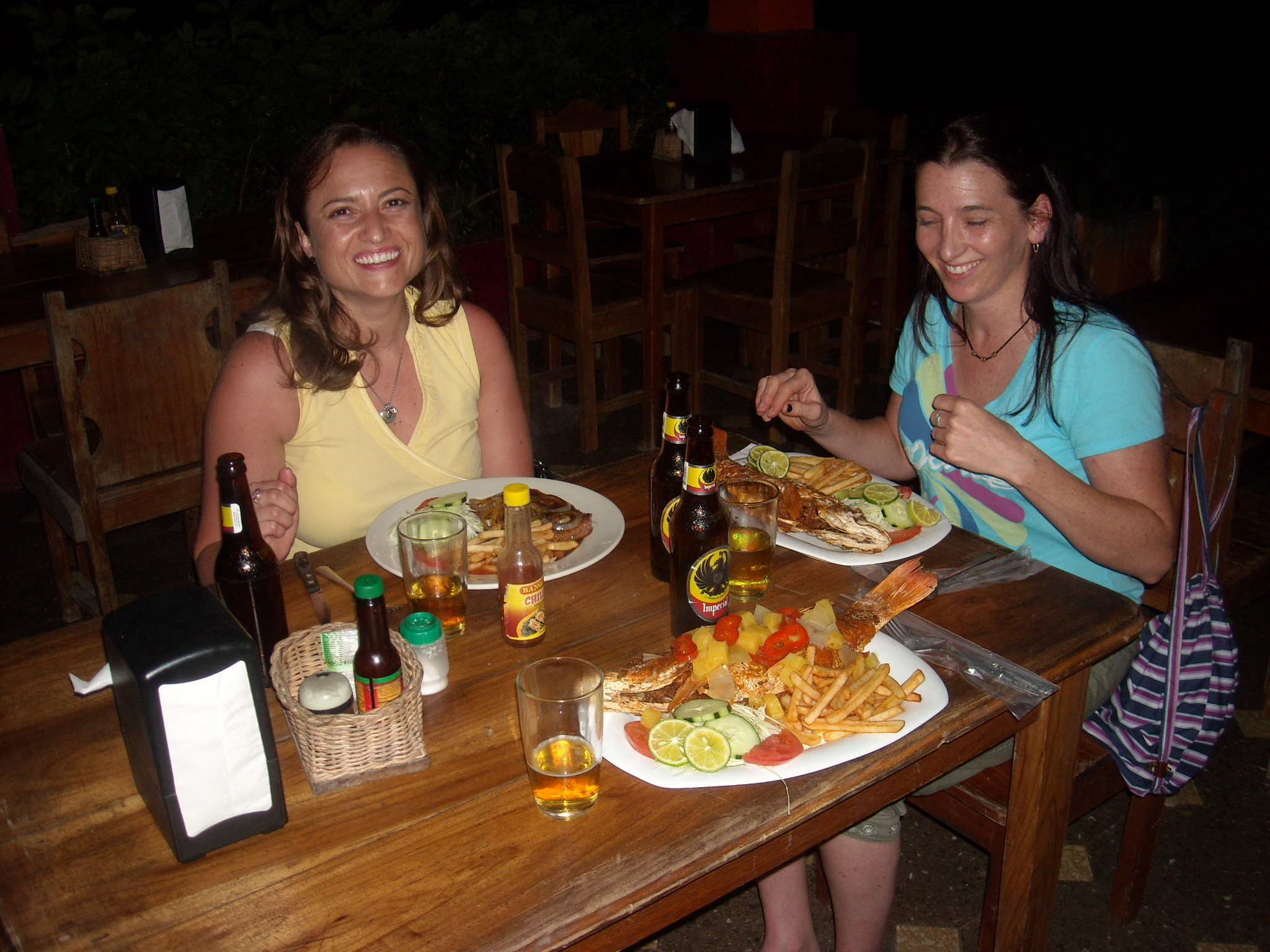 Half of the days we were in Costa Rica, chefs (generously brought in by Karie) came in to prepare dinners in the villa and we did not eat out very much. But I think I had seen and tasted enough to make some general observations about the local cuisine. I love Costa Rican food.

Food in Costa Rica is much more like Panamanian than Mexican or Guatemalan fare, which I guess shouldn’t be surprising to anyone who paid attention to geography in their high school history classes. In short, rice and beans are popular but tortillas (be it corn or flour) seemed to be rarely used, and like in Panama dishes were just as likely to come with fried plantains, bread or french fries as tortilla chips.

Seafood is plentiful. Ceviche—raw fish or piangua (clam) marinated in lemon and garlic and eaten with chips, fried mashed plantains or just alone—seemed to be popular at least in the touristy areas. It doesn’t ooze with flavor but I liked its smooth texture and pure, natural taste. People who enjoy sushimi would most likely find ceviche delicious as well.

On the Caribbean side, we had something like ceviche: carpaccio. Carpaccio was originally invented in Venice in the mid-1950s and is thinly sliced raw fish served as an appetizer. Raquel, Tori and I had this for our last lunch in Costa Rica, right on the beach in Puerto Viejo. We asked the waitress what kind of fish it was made of and she replied “tiburón” (shark). It was muy rico with slices of baguette.

We also had fried fish several times. For our catered dinners, we had lobster. I am fairly certain I had a good omega-3 to omega-6 ratio that week.

One impression I got was that food (at least restaurant food) was no less expensive in Costa Rica than in the States. This could be because we were primarily in areas teeming with tourists, but even a cafetería we stopped at inland during our drive to Cahuita seemed to charge just as much.

Actually, I got the impression that most things cost just as much in Costa Rica as in the U.S., with the notable exceptions of health care and housing (?). Maybe labor too. Our two chefs (a married couple), for example, bought groceries, prepared a whole meal for 11 people, and cleaned up afterward, all for $55 (plus grocery costs). Most of the nights the total dinner bill would come out to be around $100-150, which works out to be $9-14 a head. Considering the quality of the food, it was a terrific deal.