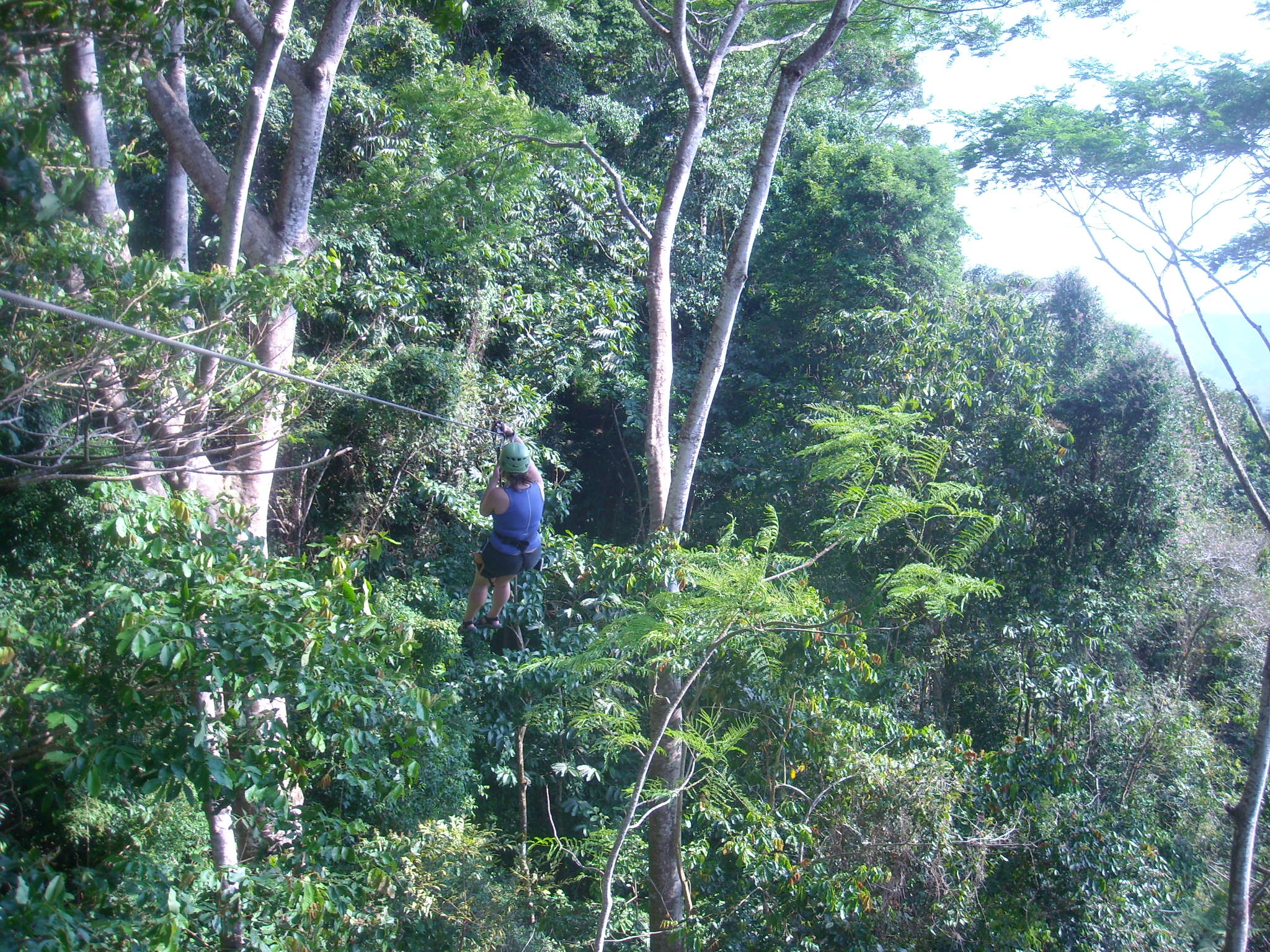 Have you ever wanted to be a monkey swinging from tree to tree in the canopy of a lush tropical forest? Or maybe feel like Indiana Jones or George of the Jungle?

Okay, me neither, but zip-lining in Costa Rica about 45 minutes south of Dominical provided a unique opportunity to feel like all three. Plus Tarzan.

The jungle tour—at a cost of US$55 per head—included transportation in a rugged 4X4 from the tour headquarters to the top of mountain where the first of about a dozen zip-lines was situated. Then, after getting harnessed up and given a three-minute primer on the safety and how-to-brake protocol (after signing our lives away with promises “not to sue,” of course) we were off on our very first zip-line.

Each zip-line—from tree perch to tree perch—lasted about 15-30 seconds, which might not seem like very much except you are whizzing by (and hence see) ten times the amount of trees and jungle/ocean vistas in the same amount of time that a monkey would. And as any parachuter would tell you, the thrill seems to last far longer than it actually did.

But unlike skydiving, zip-lining feels absolutely safe and sane. Well, at least to a rock climber who even uses the same type of harness. Not to, say, an older woman who—while standing in the back of the line—had to be calmed and convinced by Brad that, yes, she would make it out of this alive despite being dangled 30 meters above terra firma in short order.

For those with a fear of heights: just don’t look down. Then the experience would look a lot like this video from our best and longest zip-line of the day:

In between a few zip-lines, there was some rappelling. Well, not rappelling per sé, but rather, being lowered by a belayer as in rock climbing. To make things more interesting, the guides would drop us quickly to make us feel like our stomachs were falling out, or have us be lowered upside-down.

After the final zip-line, the tour guides had juicy slices of watermelon, cantaloupe and papaya waiting for us in a gazebo. Meanwhile, there were people jumping out of the gazebo while making “awawawawawa” noises on the Tarzan swing, as if they didn’t have enough of an adrenaline rush already.