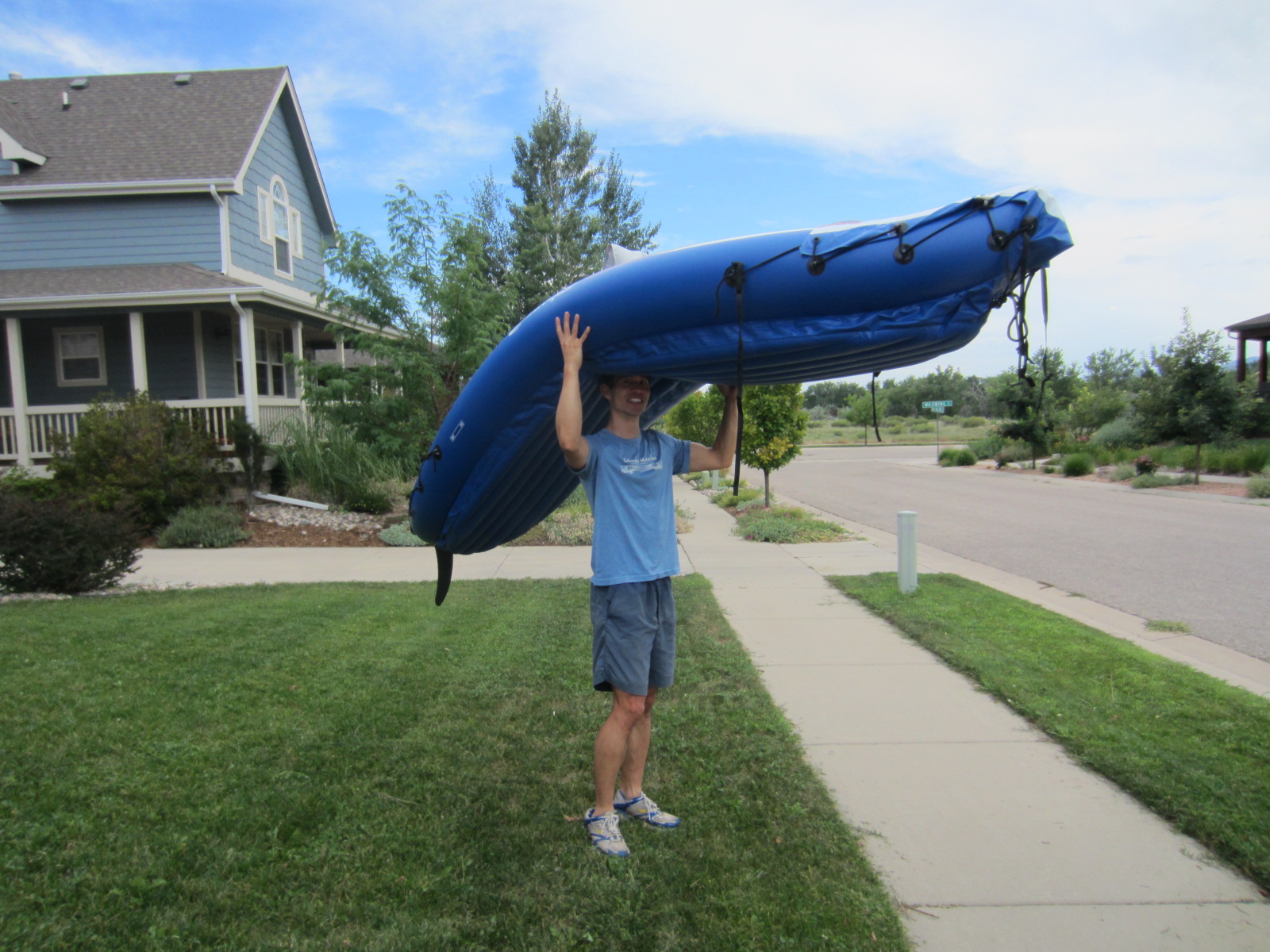 After the Duct Tape Paddleboard project failure, I went about looking for some other means to be able to float along the water of the lake 500 meters from home. After several hours of research and debating commercial options, this is what I decided upon: a Sevylor Fiji inflatable kayak.

What drew me to this French-designed water vessel? All of the following:

In addition, I found a sail (also made by a French company, this one being Bic) that could be attached to it. It would essentially turn the kayak into a little sailboat!

So far I’ve taken the kayak out twice: once with my friend Raquel and another time with my buddy Mehdi before he moved away to Seattle.

There wasn’t enough wind to test out the sail with Raquel, but paddling the kayak was easy. Which is one great advantage of this over, say, a catamaran: because you can paddle, you are never at the mercy of the wind (or lack of).

The second time out, Mehdi and I paddled the entire length of Richards Lake (about 1 mile). On the return trip, the wind picked up a little bit so we were able to try out the sail. Verdict: it worked great. See the video that Mehdi took, below:

As the year is winding down, I will probably only be able to take the kayak out once or twice more, but next year I am planning to have a lot more kayaking adventures. Make that kayak-sailing adventures. The oval blue sail adds on a whole new dimension of fun.