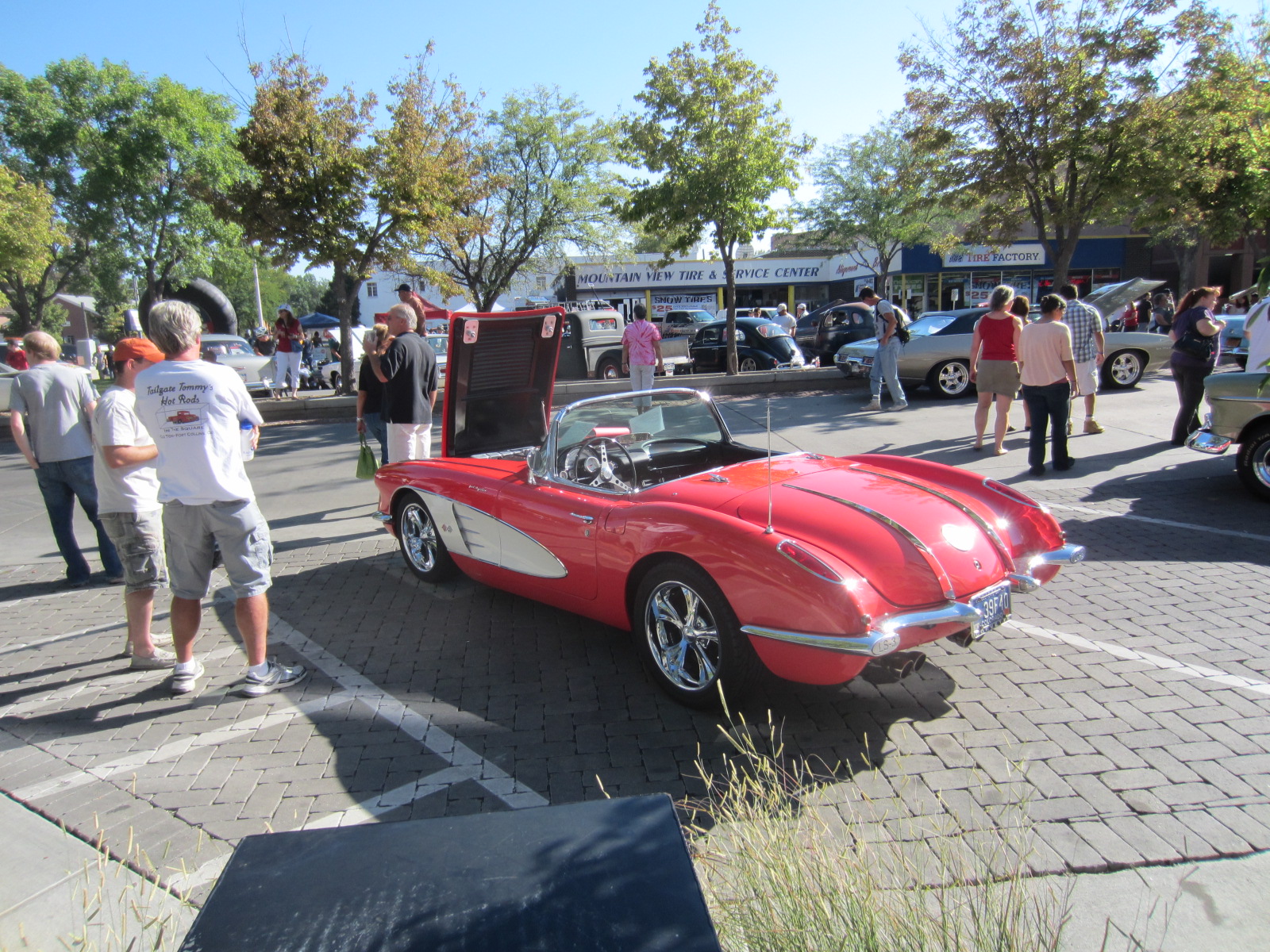 “There are so many cars here,” said my friend Stan, whom I happily bumped into by chance shortly after I had arrived at the car show and was admiring an MGB/GT and Morgan Plus Four. “They go all the way back to Mountain Avenue.”

There seemed to be more pony and muscle cars than in years past. Particularly notable ones included a Shelby Mustang GT 500, Ford GT 250, and a gorgeous 1957 Corvette roadster that was my favorite of the show.

A late 90s Viper was also here, although it was a solemn reminder of how car interior quality has improved by leaps and bounds since then. A 2012 Boss 302 (with about the same amount of power, but arguably far less exotic) seemed Rolls-Royce like in comparison for material quality, fit and finish, and style.

A new BMW 6-series coupe sprayed in matte black was also on the grounds. This was the second non-glossy German car I had seen in two weeks, the other being a Mercedes at the West Fest Concours & Car Show a couple weeks ago. I still don’t know how I feel about this finish that has traditionally been reserved for primer. Not only does it not reflect light, but needs to be handwashed only. I think this paint option is here to stay but a part of me kind of hopes it is just a passing fad.

After an hour, I finally made it over to Mountain Avenue. In fact, I barely made it here before the show officially closed. Stan was right—there really were a lot of cars.