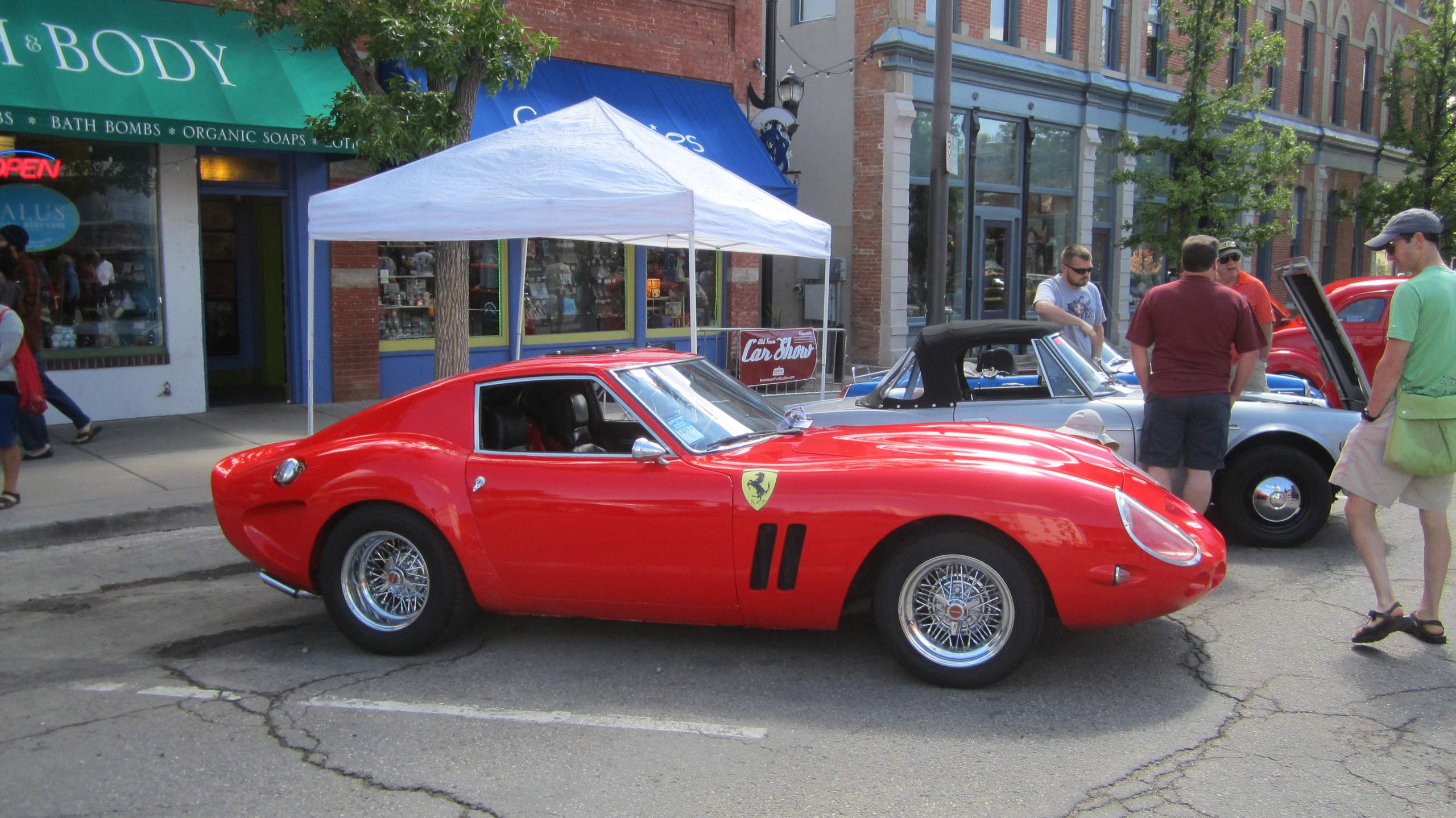 Despite attending the Old Town Car Show in Fort Collins eight of the last nine years (only missing the 2008 edition), it only occurred last year that maybe I should consider participating in it as opposed to merely spectating. After all, the last auto show I participated in was the Cruise the Gorge event in The Dalles, Oregon, way back in August 2005—and that was more of a parade in which I extemporaneously joined in the fun with the green Alfa Romeo Spider Veloce I was driving at the time. Entering car shows was something I loved to do when I was living in the Bay Area of California, but is something I never did again once moving to Colorado.

Until now. Teeter, my silver 2001 Audi TT Roadster Quattro, is a bona fide iconic design—Audi even fashioned the latest 2016 TT model to look almost exactly like the first generation TT—and most autophiles would probably agree that she is worthy of being at least considered a modern classic.

Thankfully the unusually wet weather that afflicted Colorado in May this year had subsided for the event, and I arrived bright and early to pick out where I wanted to park. Initially I tried parking next to a 1960s Volkswagen Beetle convertible across from a whole row of vintage British sports cars, but then I was informed the a Model A club had reserved those spots and that I would have to move. No problem—I relocated another 100 feet over, in front of Happy Lucky’s Tea House where my friend Olivia works.

Turns out Olivia was not working on this day, but when she received word I was parked right in front of her shop, she walked on over with her dog Bambi. Bambi is something of a YouTube sensation, being a deaf Chihuahua who understands sign language and has garnered more than 144,000 video views at the time of this writing. He even earned enough revenue in ad clicks to pay for several months of his food.

Anyhow, while Bambi was making friends with other dogs, a red Ferrari GTO pulled up to Teeter and parked in an adjacent space. Not bad. In fact, I would say that was my favorite car of the whole show.

Other cars I liked were the usual sporting suspects: Corvettes, Mustangs, and of course, 1950s and 60s two-seat British iron. See the photos below for some of my other favorites.

I even warmed up to a C7 Stingray even though it was painted red in matte, a finish I have normally detest on cars. Actually, I thought it looked fantastic on the new Vette.