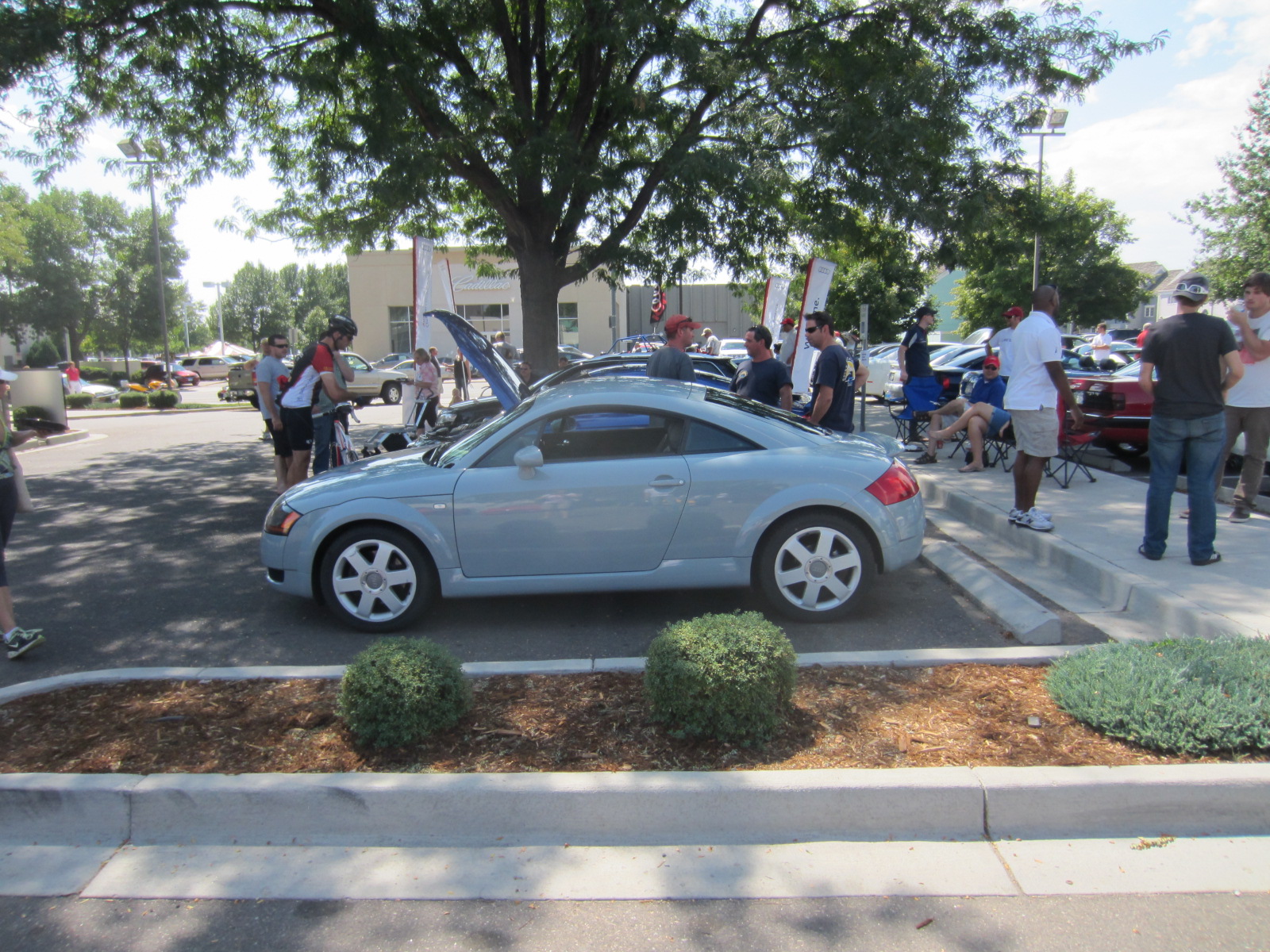 “Did you know that there is going to be a Porsche and Audi car show at Ed Carroll’s on Sunday?” asked my good friend and fellow Audi owner Raquel, “I saw it on Facebook!”

I got no such memo on Mark Zuckerburg’s social media website, but made a mental note to put it on my calendar. Unlike, say, the last car show I’ve been to, this one was right in town. It also featured two marques that I not only love, but have owned.

So after going for a 13-mile run in Eden Valley, having a picnic breakfast with the Fort Collins Running Club, and motorcycling back from Horsetooth, I met up with Raquel at the auto dealership that the car show was at. “Remember,” I told Quel, “after all this, you have to pick a favorite.”

First thing I noticed were the Porsche 356s abound, and also a smattering of newer 911s. There was one bright yellow Cayman, but alas, there was only one Boxster anywhere on the lot—and it was a ’97 with a lowly plastic rear window. I was hoping to see more Boxsters particularly because I was seriously considering buying one a few years ago before deciding that Teeter would be the better choice, and they remain on my short list for future cars to own.

Speaking of Teeter, I was also hoping to see more TTs. The Audis were in the back, and there was only a Generation I coupe and a Gen II roadster. Hmmmph! I was kind of surprised at the dearth of modern two seat roadsters here, although there was one matte black 2012 Mercedes SL550 that, in my opinion, should be more beautiful than it is for a $120,000 car.

As we made our final rounds around the show, it seemed like Raquel’s favorite car was a deep blue (almost purple) 911 while mine was probably the Gen I Audi TT coupe of an interesting shade of grey. “If there was a Porsche 550 here, that might have been my favorite,” I said.

Maybe there will be one next year. I’ll have to “like” Ed Carroll’s Facebook page so to be sure to get a reminder for it.