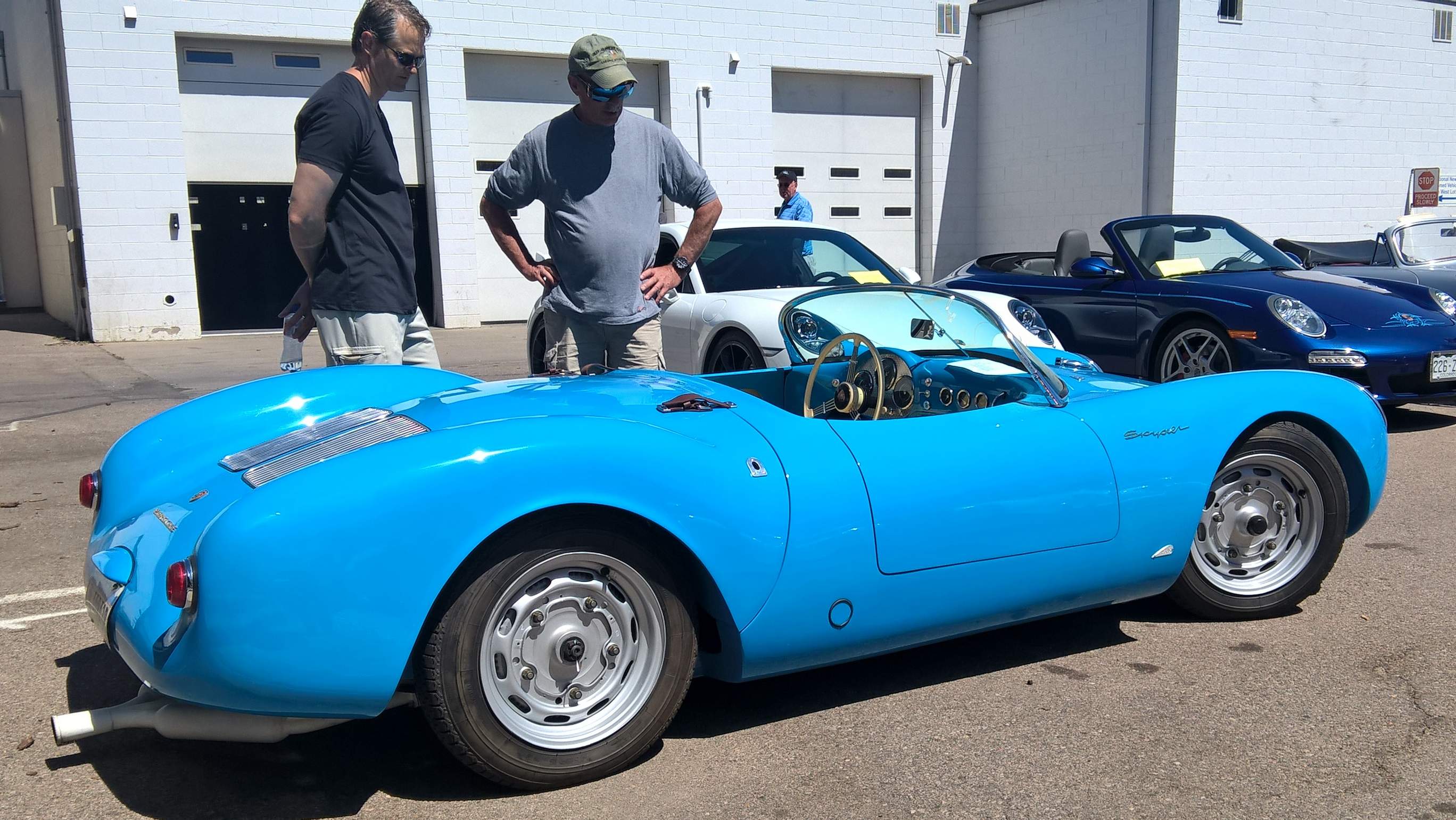 There are not many car shows in the Fort Collins area where Detroit iron constitute less than the majority of the vehicles on display. I like American autos, but this is one reason I enjoyed the 30th annual Ed Carroll Westfest Concours and Car Show: it was different, featuring mostly predominantly German marques. The Ed Carroll dealerships sell these brands, after all.

There were a vintage Dodge Charger Daytona and new Chevrolet Camaro on display, in addition to an Italian Alfa Romeo 4c and English Lotus Europa. But most of the cars were made by Audi, BMW, Mercedes, Porsche, and Volkswagen. Porsche especially had a large presence.

Below are photos of some of my favorites. I especially liked the mid-engined 1955 Porsche Spyder, which was something of an inspiration for the modern day Porsche Boxster. The Spyder was a replica, but very well done.